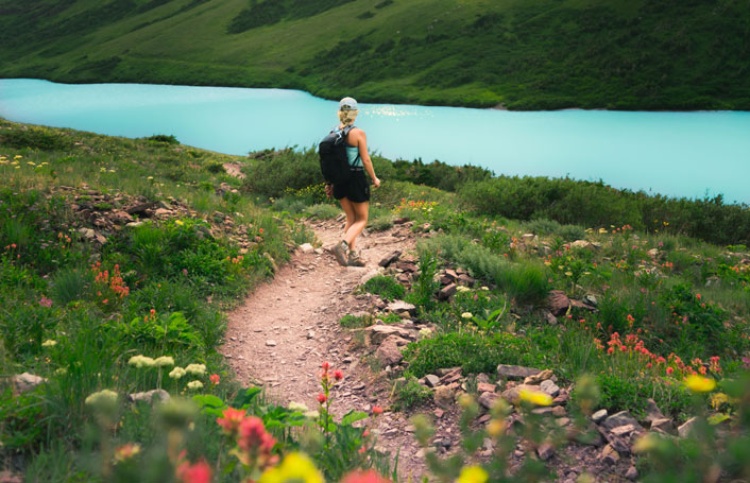 Human beings were made from earth, have always lived on earth, are geared to find pleasure in the things of earth. If we think of Heaven only as the realm where angels live, there’s a real problem. We were not made from the angelic realm, nor for it. We haven’t lived in that realm. It’s unfamiliar and undesirable to us. It doesn’t resonate as “home.” There’s one place that qualifies as the only home we’ve ever known—earth. It’s the home God made for us.

We have never known a life or world without sin, suffering and death. We yearn for such a life and such a world. When we see a waterfall, a bed of flowers, animals in the wild, the joy in our pet’s eyes when he sees us...we sense this world is—or at least should be—our home. God tells us that world all nature longs for will be ours to live in, not just for a thousand years but forever (Romans 8:19-23).

When we see the devastation of a flood, a bed of flowers destroyed by insects and shriveled in the heat or trampled underfoot, the look of confused agony in a suffering animal’s eyes...we sense this world is not our home. When we see children suffering and dying, AIDS and other diseases wreaking havoc, murderers and terrorists, families broken and lives in ruin...we know this world isn’t our home.

What’s made “new” is the place that was old and twisted. We’ll be going back to the home we always knew, the home buried beneath the scars and sickness of sin and curse, but which we sometimes caught heart-stirring glimpses of.

So which is it? It’s both. This world under the curse is not my home. The world as it was, and as it yet will be, is my home.

Some say “we can’t imagine what the New Earth would be like.” I disagree. When God speaks of us having “new bodies” do we shrug our shoulders and say, “I can’t imagine what a new body would be”? Of course we can imagine it. We know what a body is—we’ve had one all our lives! Look in the mirror—you can see what a body is, and you can remember when it looked better. You can imagine a new body.

Jesus said he was going to prepare a place for us, and he would take us there to live with him forever (John 14:2-3). Doesn’t that mean heaven is in a different place than earth? Yes and no. It is different than the earth under the curse—but Revelation 21 tells us it’s the New Earth, delivered from the curse. That’s where the New Jerusalem will be taken down from Heaven to reside. Only then will we be truly home—in a sense, for the first time, but in another sense, home again. Our home will seem new and fresh and we’ll feel like we’re there for the first time, yet it will be familiar because our home will be a much-improved version of the world we grew up on.

The New Earth will be Heaven, for Heaven is God’s dwelling place, and God will dwell with us on the New Earth. Heaven will include earth, and be centered on earth

Photo by trail on Unsplash

video February 6, 2013
Randy Alcorn talks about Hebrews 11:13-16 and how this earth, as it now is, is not our home. And yet earth one day will be our home. This video clip was excerpted from Randy's Eternity 101 DVD cla

Living as if Heaven Was Your Home

audio April 30, 2010
Randy Alcorn speaks on having an eternal perspective.
Invest in Eternity