The Grace and Truth Paradox: Finding the Balance 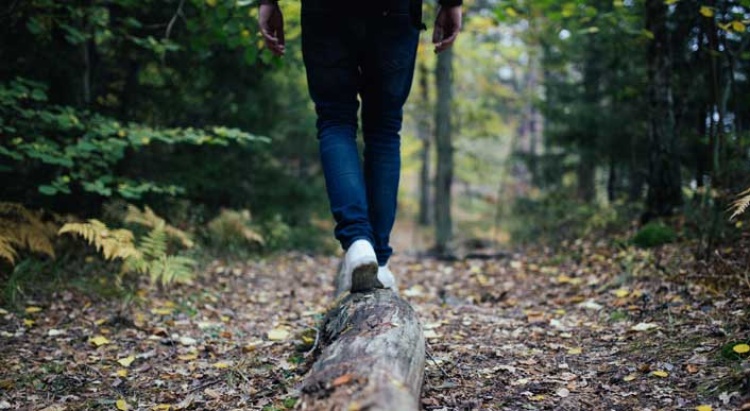 What if we could reduce Christ’s attributes to just two qualities that we could wrap our minds around? John 1:14 does exactly that. It describes him as “full of grace and truth.”

To be Christlike is to be full of what He was full of: grace and truth.

Truth-oriented Christians love studying Scripture and theology. But sometimes they’re quick to judge and slow to forgive. They may be strong on truth, weak on grace.

Countless mistakes in marriage, parenting, and ministry boil down to failures to balance grace and truth. Sometimes we neglect both. Often we choose one over the other.

It reminds me of Moses, our Dalmatian. When one tennis ball is in his mouth, the other’s on the floor. When he goes for the second ball, he drops the first. Large dogs can get two balls in their mouth. Not Moses. He manages to get two in his mouth only momentarily. Then one ball or the other spurts out onto the floor.

Similarly, our minds don’t seem big enough to hold onto grace and truth at the same time. We go after the grace ball—only to drop the truth ball to make room for it. We need to stretch our undersized minds to hold them both at once.

The church I used to pastor (and still attend) was picketed by thirty pro-abortion protestors. Why? Some of our people go to abortion clinics and offer alternatives, passing out prolife literature and sharing the gospel when they can.

So one rainy Sunday morning, our church parking lot was invaded by Radical Women for Choice, Rock for Choice, and the Lesbian Avengers. Hearing they were coming, we set out donuts and coffee. I spent an hour and a half with a protestor named Charles, who held a sign saying “Keep Abortion Legal.” We talked a little about abortion and a lot about Christ. I explained the gospel.

I liked Charles. But when you believe as I do—that abortion is killing children—it’s a bit awkward serving coffee and holding an umbrella for someone waving a pro-abortion sign. Yet because of the opportunity to share Christ’s grace, it seemed the right thing to do.

It’s not just truth that puts us in awkward situations. Grace does also. On that morning we were picketed, some street preachers showed up to take on the abortion activists with signs shouting hell and damnation. Their message contained truth but their approach lacked grace. One of the street preachers barged between my daughter and me and a few of the Lesbian Avengers, just as we finally had an opportunity to talk with them. The door of witnessing was slammed in our faces...by Christian brothers.

We tried to reason with the street preachers. (By the way, I believe there’s definitely a place for street preaching.) After all, this was our church, and we didn’t want them screaming at our guests—even if they were screaming truth. Most cooperated, but a few decided we were waffling on truth, and it was an abomination for us to offer donuts to people who needed rebuke.

The following Sunday, two street preachers picketed our church, scolding us for our “pathetic” attempts at donut and coffee evangelism.

Grace and truth are both necessary, but neither is sufficient.

Staying in the Saddle

“Amazing Grace” has been recorded more often, by more musicians, than any other song. When sung at the most secular event or pagan concert, a hush will fall on the audience. Eyes tear up. And not just the eyes of Christians.

Children who grow up with graceless truth are repelled by self-righteousness and attracted to the world’s slickly marketed grace-substitutes, such as tolerance or moral relativism.

Properly understood, biblical truths are guardrails that protect us from plunging off the cliff. A smart traveler doesn’t curse the guardrails. He doesn’t whine, “That guardrail dented my fender!” He looks over the cliff, sees demolished autos below, and is grateful for those guardrails.

The world’s low standard, its disregard for truth, isn’t grace. The illusory freedom only feels like grace to someone who’s been pounded by graceless truth—beaten over the head with pieces of guardrails. But the guardrails of truth are there not to punish, but protect us.

Getting Close to Home

I was raised in an unbelieving home. I came to Christ at fifteen. My mom became a Christian soon afterward. But my father was the most resistant person to the gospel I’ve ever known. He’d told me never to talk to him about that “religious stuff” again. At eighty-four, he was diagnosed with terminal cancer. One day he phoned, very upset.

“I’m in terrible pain. I’ve got a gun to my head. Sorry to leave you with a mess.”

I begged him to hold on. I made the thirty-minute drive in twenty, jumped out of the car and pounded on the door. No answer.

Taking a deep breath, I opened the door. On the floor I saw a rifle and a handgun. Calling out for my father, I turned the corner into his room, prepared for the worst. Eyes half closed, I bumped into him as he walked out. My heart racing, I rushed him to the hospital, where they scheduled him for surgery the next morning.

I arrived an hour before surgery, praying that in his despair, with no easy way out, my dad would turn to Christ. Standing by his bed, I opened my Bible to Romans. I began reading in chapter three. “There is none righteous, no, not one...All have sinned and fall short of the glory of God.”

Those weren’t easy words to read. My tavern-owner father had always taken hot offense at being called a sinner. I wanted to gloss over this portion, moving quickly to the good news of God’s grace. But I forced myself to keep reading, verse after verse, about human sin. Why? Because I told myself, If I really love Dad, I have to tell him the whole truth. If God’s going to do a miracle of conversion here, that’s His job. My job is to say what He says.”

We made it to Romans 6, “The wages of sin is death, but the gift of God is eternal life through Jesus Christ our Lord.” Then Romans 10, about being saved through confessing Jesus as our risen Lord.

Finally I looked Dad in the eyes and asked, “Have you ever confessed your sins and asked Jesus Christ to forgive you?”

I’ll never forget that moment. The impossible took place right before my eyes: my father prayed aloud, confessed his sins, and placed his faith in Christ, just before they wheeled him into surgery. To me, dividing the Red Sea paled in comparison to this miracle.

The surgery was successful. God gave me five more precious years with my dad. The day I held his hand as he died, with my brother and wife and daughters there, I knew I would see not only my mom, but my dad in heaven.

The worst thing I could have done to my father was what I was tempted to do—water down the truth. It would have made it easier on me for the moment. But withholding God’s truth from my dad would have been withholding from him God’s grace.

“Hate the sin, but love the sinner.” No one did either like Jesus.

This article is an excerpt from Randy Alcorn’s book, The Grace and Truth Paradox.

Photo by Jon Flobrant on Unsplash

How do we balance showing grace and truth?

audio April 20, 2010
Randy Alcorn answers the question, "How do we balance showing grace and truth?"

Why convey truth with grace?

audio April 20, 2010
Randy Alcorn answers the question, "Why is it important to hear truth conveyed with grace?"

Is it natural for us to manifest grace and truth in our lives?

audio April 16, 2010
Randy Alcorn answers the question, "Is it natural for us to manifest grace and truth in our lives?" Recorded on Big Change Moments.
Invest in Eternity