Where in Scripture Are We Reassured That We Will Have the Comfort of Making up Lost Time with Loved Ones in Eternity? 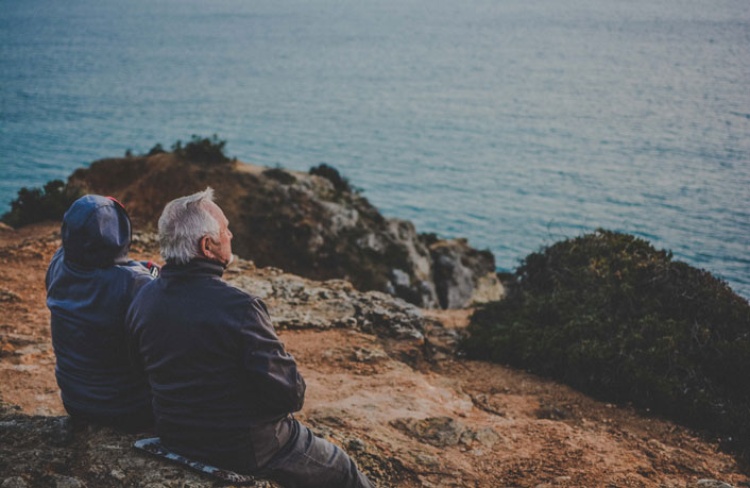 Where in Scripture are we reassured that we will have the comfort of making up lost time with loved ones in eternity if we’re separated now because of Christian ministry?

My family and I are following God’s call to overseas missions. As you can imagine, it has been very difficult for close family members as we are going many miles away. During one of these difficult conversations, I said we will have all eternity to spend together. I was asked where in the Bible we are assured that we will spend eternity together. So I did a study of most of the New Testament and found some verses on Heaven and rewards, but I have really found nothing about assurances that those who are left behind will be able to make up lost time. Do you have any advice? These family members are believers, but they are really struggling with this.

Scripture tells us we will all be living with the same person (Jesus) in the same place (Heaven), and will be seated at tables with the people of God of all times, and 1 Thessalonians 4 says we are to “comfort one another with these words” about being together with the Lord forever. So clearly we will be spending eternity with our loved ones. Of course we’re not told how much time we’ll spend with them, but we know that without the curse, time will no longer be an enemy but a friend. I suspect it won’t be long before we will have spent more time with them there than we ever did here. Below is a portion from the Heaven book about families and relationships in Heaven:

Will There Be Marriage, Families, and Friendships?

Receiving a glorified body and relocating to the New Earth doesn’t erase history, it culminates history. Nothing will negate or minimize the fact that we were members of families on the old Earth. My daughters will always be my daughters, although first and foremost they are and will be God’s daughters. My grandchildren will always be my grandchildren. Resurrection bodies presumably have chromosomes and DNA, with a signature that forever testifies to our genetic connection with family.

Heaven won’t be without families but will be one big family, in which all family members are friends and all friends are family members. We’ll have family relationships with people who were our blood family on Earth. But we’ll also have family relationships with our friends, both old and new. We can’t take material things with us when we die, but we do take our friendships to Heaven, and one day they’ll be renewed.

Many of us treasure our families. But many others have endured a lifetime of brokenheartedness stemming from twisted family relationships. In Heaven neither we nor our family members will cause pain. Our relationships will be harmonious—what we’ve longed for.

When someone told Jesus that his mother and brothers were wanting to see him, he replied, “My mother and brothers are those who hear God’s word and put it into practice” (Luke 8:19-21). Jesus was saying that devotion to God creates a bond transcending biological family ties. Jesus also said that those who follow him will gain “brothers, sisters, mothers, children” (Mark 10:29-30). I think of this when I experience an immediate depth of relationship with a fellow Christian I’ve just met.

If you weren’t able to have children on Earth or if you’ve been separated from your children, both now and later God will give you relationships that will meet your needs to guide, help, serve, and invest in others. Your parental longings will be fulfilled. If you’ve never had a parent you could trust, you’ll find trustworthy parents everywhere in Heaven, reminding you of your Father. And you can start with some of those relationships here.

So, it’s not at all true that there will be “no family in Heaven.” On the contrary, there will be one great family—and none of us will ever be left out. Every time we see someone, it will be a family reunion.

Will There Be Marriage and Family?

One group of religious leaders, the Sadducees, tried to trick Jesus with a question about marriage in Heaven. They didn’t believe in the resurrection of the dead. Attempting to make him look foolish, they told Jesus of a woman who had seven husbands who all died. They asked him, “Now then, at the resurrection, whose wife will she be of the seven, since all of them were married to her?” (Matthew 22:28).

Christ replied, “At the resurrection people will neither marry nor be given in marriage; they will be like the angels in heaven” (Matthew 22:30).

There’s a great deal of regret and misunderstanding about this passage. A woman wrote me, “I struggle with the idea that there won’t be marriage in heaven. I believe I’ll really miss it.”

But the Bible does not teach there will be no marriage in Heaven. In fact, it makes clear there will be marriage in Heaven. What it says is that there will be one marriage, between Christ and his bride—and we’ll all be part of it. Paul links human marriage to the higher reality it mirrors: “For this reason a man will leave his father and mother and be united to his wife, and the two will become one flesh. This is a profound mystery—but I am talking about Christ and the church” (Ephesians 5:31-32).

The one-flesh marital union we know on Earth is a signpost pointing to our relationship with Christ as our bridegroom. Once we reach the destination, the signpost becomes unnecessary. That one marriage—our marriage to Christ—will be so completely satisfying that even the most wonderful earthly marriage couldn’t be as fulfilling.

Earthly marriage is a shadow, a copy, an echo of the true and ultimate marriage. Once that ultimate marriage begins, at the Lamb’s wedding feast, all the human marriages that pointed to it will have served their noble purpose and will be assimilated into the one great marriage they foreshadowed. “The purpose of marriage is not to replace Heaven, but to prepare us for it.”

Here on Earth we long for a perfect marriage. That’s exactly what we’ll have—a perfect marriage with Christ. My wife, Nanci, is my best friend and my closest sister in Christ. Will we become more distant in the new world? Of course not—we’ll become closer, I’m convinced. The God who said “It is not good for the man to be alone” (Genesis 2:18) is the giver and blesser of our relationships. Life on this earth matters. What we do here touches strings that reverberate for all eternity. Nothing will take away from the fact that Nanci and I are marriage partners here and that we invest so much of our lives in each other, serving Christ together. I fully expect no one besides God will understand me better on the New Earth, and there’s nobody whose company I’ll seek and enjoy more than Nanci’s. The joys of marriage will be far greater because of the character and love of our bridegroom. I rejoice for Nanci and for me that we’ll both be married to the most wonderful person in the universe. He’s already the one we love most—there is no competition. On Earth, the closer we draw to him, the closer we draw to each other. Surely the same will be true in Heaven. What an honor it will be to always know that God chose us for each other on this old Earth so that we might have a foretaste of life with him on the New Earth.

People with good marriages are each other’s best friends. There’s no reason to believe they won’t still be best friends in Heaven.

Jesus said the institution of human marriage would end, having fulfilled its purpose. But he never hinted that deep relationships between married people would end. In our lives here, two people can be business partners, tennis partners, or pinochle partners. But when they’re no longer partners, it doesn’t mean their friendship ends. The relationship built during one kind of partnership often carries over to a permanent friendship after the partnership has ended. I expect that to be true on the New Earth for family members and friends who stood by each other here.

God usually doesn’t replace his original creation, but when he does, he replaces it with something that is far better, never worse. Mormons attempt to have marriages permanently bound for eternity, but this disregards Christ’s direct statement. Being married to Christ will be the ultimate thrill.

What about our children? What about my relationship to my daughters and sons-in-law and closest friends? There’s every reason to believe we’ll pick right up in Heaven with relationships from Earth. We’ll gain many new ones but will continue to deepen the old ones. I think we’ll especially enjoy connecting with those we faced tough times with on Earth and saying, “Did you ever imagine Heaven would be so wonderful?”

The notion that relationships with family and friends will be lost in Heaven, though common, is unbiblical. It denies the clear doctrine of continuity between this life and the next and suggests our earthly lives and relationships have no eternal consequence. It completely contradicts Paul’s intense anticipation of being with the Thessalonians and his encouraging them to look forward to rejoining their loved ones in Heaven.

Photo by Katarzyna Grabowska on Unsplash 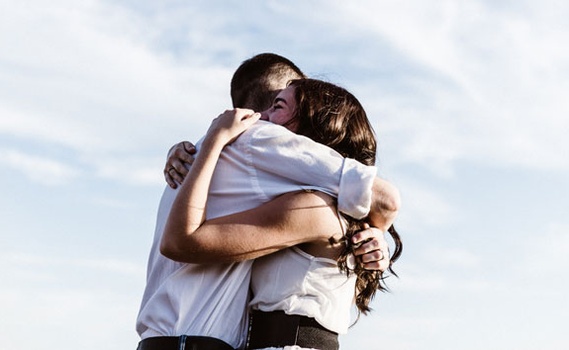 Does It Dishonor God for Us to Long for Reunion with Loved Ones?

article June 1, 2011
Believers periodically tell me versions of the following: “We shouldn’t be thinking about reunion with loved ones, or the joys of Heaven. We should only be thinking about being united with Christ, who is our only treasure.” 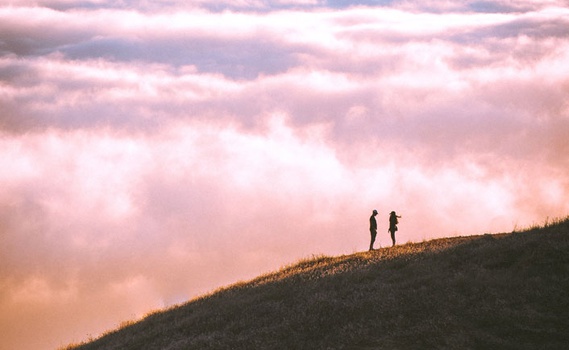 In Heaven, Will I Still Share Life with My Spouse?

article July 29, 2022
The truth is that while we are told many things in Scripture about Heaven (as Randy explains in his book), there are some details we are simply not given. We have to go back to what we do know for sure from God’s Word.

How Do We Reassure Those Who Are Suffering?

audio July 16, 2014
Randy answers the question “How do we reassure those who are suffering?” during an interview on Moody Radio in June, 2014, marking the paperback release of his If God Is Good book.
Invest in Eternity