Do People Now in Heaven Pray for Those on Earth? 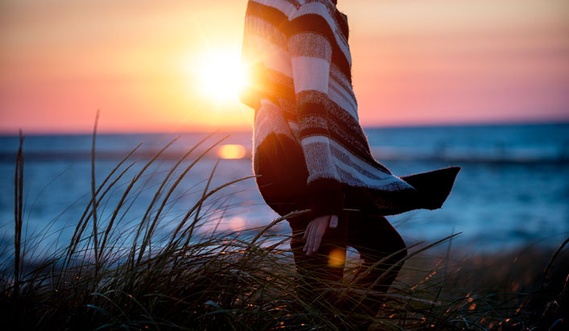 Based on scriptural evidence, I believe the answer is “yes.”

1. Christ, the God-man, is in Heaven interceding for people on earth (Rom. 8:34). In at least one case, then, a person who has died and gone to Heaven is now praying for those on earth. The martyrs in Heaven in Revelation 6:10 pray to God, asking him to take specific action on earth. They are praying for God’s justice on the earth, which may have intercessory implications for their brethren now suffering on earth. The sense of connection and loyalty to and concern for the body of Christ—of which saints in Heaven are part of with the saints on earth—would likely be enhanced by being in Heaven, not eliminated by it (Eph. 3:15). In any case, we know these are saints who have died, who are now in God’s presence, and are actively praying concerning what is happening on earth.

2. Prayer is simply talking to God. Angels can talk to God, and therefore angels pray. We will communicate with God in Heaven, and therefore we will pray in Heaven, presumably more than we do now, not less. Our prayers will be effective given our righteous state (James 5:16).

3. The burden of proof lies on those who would argue saints in Heaven cannot or do not pray for those on earth. On what biblical basis would we conclude this?

4. Rev. 5:8 speaks of the “prayers of the saints” in a context that may include saints in Heaven, not just on earth. In any case, if saints are allowed to see some of what transpires on earth, and clearly they are, then it would seem strange for them not to intercede for them. (While we are not told angels pray for people, neither are we told they do not.)

5. It’s a question of assumptions. If we assume Heaven is a place of ignorance of or disinterest in earth, then we will naturally assume those in Heaven couldn’t or wouldn’t pray for people here. In contrast, if we believe it is a place of interest in and observation of God’s program and people on earth, and where the saints and angels talk to God, then we would naturally assume they do pray to God for those on earth. This is my assumption.

6. Given the substantial evidence of Scripture to the contrary, the burden of proof is on those who argue people in Heaven are unconcerned with and unaware of what is happening on earth. Does Scripture really teach this? Where? Or is the belief that those in Heaven are unaware of what happens on earth merely an assumption, one that over decades or centuries has been elevated by some into a doctrine, one not based on Scripture? I believe it is no more than a deduction based on a faulty premise, namely that for Heaven to be happy, people in Heaven can’t know what’s happening on earth. That argument is therefore worth taking a closer look at.

Does God Answer Every Prayer of a Faithful Person?

Randy Alcorn talks about the Present Heaven and the effect of the prayers of the faithful and whether God answers all prayers prayed by those who are faithful. This video clip was excerpted from Randy's Eternity 101 DVD class.

Could There Be Sorrow or Uneasiness in Heaven for Those Who Are Without Christ?

Randy Alcorn answers the question, "Could there be sorrow or uneasiness in Heaven for those who are without Christ?"

Wouldn't Heaven be diminished by the memory of suffering and sins?

In this two minute clip, Randy Alcorn answers the question, "Wouldn't Heaven be diminished by the memory of suffering and sins?"
Invest in Eternity