Do People Now in Heaven Remember What Happened on Earth? 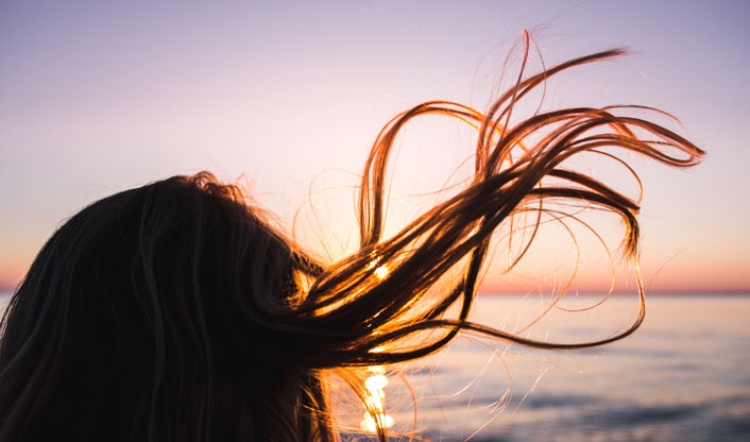 In Heaven, we will recall some—likely most or all—of our lives on earth.

This is among the most controversial beliefs I’ve presented in my books, yet there’s clear scriptural evidence for it:

1. The martyrs in Heaven clearly remember at least some of what happened on earth, including that they underwent great suffering (Rev. 6:9-11). They anticipate and look forward with strong emotion to God’s coming judgment.

This shows we are incorrect in assuming remembrance of unpleasant things on earth would automatically be impossible in Heaven. The change in our perspective will presumably negate any need for loss of memory.

2. When Babylon is brought down, an angel points to events happening on earth and says, “Rejoice over her, O heaven! Rejoice, saints and apostles and prophets! God has judged her for the way she treated you” (Rev. 18:20). Since he specifically addresses them, the clear implication is that the saints in heaven are watching and listening to what is happening on earth.

3. There is “the roar of a great multitude in heaven shouting Hallelujah” and praising God for specific events of judgment that have just taken place on earth (Rev. 19:1-5). Again, the saints in heaven are clearly observing what is happening on earth.

4. When heaven’s saints return with Christ to set up his millennial kingdom (Rev. 19:11-14), it seems strange to think they would have been ignorant of the culmination of human history taking place on earth. The picture of saints in heaven blissfully unaware of what is transpiring on earth, where God and his angels (and they themselves) are about to return for the ultimate battle in the history of the universe, after which Christ will be crowned king, contradicts clear indications in the context. But even apart from such indications, this notion of heavenly ignorance seems ludicrous.

5. When brought back to earth from heaven (in a surprise move done by God when the witch of Endor and Saul wrongly called upon Samuel’s spirit to visit them), Samuel was aware of what Saul had been doing and what he’d failed to do on earth (1 Sam. 28:18). Unless he was specially “briefed” on this, it follows he must have been already aware of it.

6. When called from heaven to the transfiguration on earth, Moses and Elijah talked with Jesus about his death which would soon happen in Jerusalem (Luke 9:31). They seemed fully aware of the context they stepped into, of what was currently transpiring on earth. (And clearly, they would go back to heaven remembering what they’d discussed with their Creator and Savior.)

7. Hebrews 12:1 tells us to “run the race marked out for us,” creating the mental picture of the Greek competitions which were watched intently by throngs of engrossed fans, sitting high up in the ancient stadiums. The “great cloud of witnesses” he speaks of are clearly the saints who’ve gone before us, whose accomplishments (some of them recorded in the previous chapter) on the playing field are now past. The imagery seems to suggest those saints, the spiritual “athletes” of old, are now watching us and cheering us on from the stands of heaven. (The witnesses are said to “surround” us, not merely to have preceded us.)

8. The unfolding drama of redemption, awaiting Christ’s return, is currently happening on earth. Earth is center court, center stage, awaiting the consummation of Christ’s return and the setting up of his kingdom. Logically, this seems a compelling reason to think those in heaven might see what is happening on earth. If in heaven we will be concerned with what God is concerned with, and his focus is on the spiritual battle on earth, why would we not witness his works there?

9. Christ, in heaven, watches closely what transpires on earth, especially in the lives of God’s people (Rev. 2-3). If the Sovereign God’s attentions are on earth, why wouldn’t those of his heavenly subjects be? When a great war is transpiring, is anyone in the home country uninformed and unaware of it? When a great drama is taking place, do those who know the writer, producer, and cast—and have great interest in the outcome—refrain from watching?

10. Angels saw Christ on earth (1 Tim. 3:16). There are clear indications angels know what is happening on earth (Luke 1:26; 1 Cor. 11:10). If angels, why not saints? Don’t the people of God in heaven have as much vested interest in the spiritual events happening on earth as angels do? Wouldn’t the body and bride of Christ in heaven be expected to be intensely interested about the rest of the body and bride of Christ now living on earth?

11. Abraham and Lazarus saw the rich man’s agonies in hell (Luke 16:23-26). If it is possible, at least in some cases, to see hell from heaven, why would people be unable to see earth from heaven?

12. Christ said, “There will be more rejoicing in heaven over one sinner who repents than over ninety-nine who do not need to” (Luke 15:7). Similarly, “there is rejoicing in the presence of the angels of God over one sinner who repents” (Luke 15:10). Who is doing this rejoicing in heaven, in the presence of angels? Doesn’t it logically include the saints in heaven, who would most appreciate the joy and wonder of human conversion? (If they rejoice over conversions happening on earth, then obviously they must be aware of what is happening on earth.)

13. In Heaven, those who endured bad things on earth are comforted for them (Luke 16:25). The comfort implies memory of what happened. If there was no memory of the bad things, what would be the need for, purpose of, or nature of the comfort concerning them?

15. The entire reality of eternal rewards points to specific acts of faithfulness done on earth that survive the believer’s judgment and are brought into Heaven with us (1 Cor. 3:14). We are told that in Heaven the Bride of Christ’s wedding dress stands for “the righteous acts of the saints” done on earth (Rev. 19:7-8). Our righteous deeds on earth will not be forgotten but will “follow” us to Heaven (Rev. 14:13). The ruling positions and treasures in Heaven granted to the faithful will perpetually remind Heaven’s inhabitants, including us, of our lives on earth, since that is what the rewards come in direct response to (Matt. 6:19-21; Matt.19:21; Luke 12:33; 1 Tim. 6:19; Luke 19:17,19; Rev. 2:26-28).

16. God makes a record in Heaven of what is done by people on earth, both nonbelievers (Rev. 20:11-13) and believers (2 Cor. 5:10). We know that record outlasts life on earth in all cases, for the believer at least to the judgment seat of Christ, and for the unbeliever, right up to the Great White Throne, just preceding the New Heavens and New Earth. Whether it lasts beyond these points we don’t know, but for those now in Heaven these records of life on earth still exist.

17. Malachi 3:16 says “a scroll of remembrance was written in his presence concerning those who feared the LORD and honored his name.” Typically, such documents were made by the King’s scribes (in Heaven’s case, perhaps angels), and periodically read in the King’s presence, to assure worthy actions done by his subjects were remembered, and had been properly rewarded (Esther 6:1-11). The purpose of such a scroll was to keep a permanent record so that the memory of acts done to the King’s glory would endure. We are told that such a scroll exists in Heaven. Do we envision the God of history destroying it, or in ages to come no one in Heaven making reference to it? It seems more likely that such records of the faithful works of God’s people on earth will not be destroyed or set aside, but may even be read and rejoiced over in Heaven before God, men, and angels.

18. Memory is a basic element of personality. If it is truly us in Heaven, there must be some continuity of memory from earth to Heaven. We are not different people, but the same people marvelously relocated and transformed. Heaven cleanses our slate of sin and error, but does not erase it. The lessons we learned here about God’s love and grace and justice surely are not lost, but carry over to Heaven. They are built upon and greatly expanded, yes, but not eliminated. There seems every reason to believe that just as our earthly works done for Christ will survive this life and be brought into the next (1 Cor. 3:14), so will our Christ-centered experiences.

We tend to dismiss our lives on earth assuming that once in Heaven it will be as if they never happened. This is nowhere taught in Scripture. For some reason (wishful thinking may be part of it), we disassociate our lives on earth from the life to come. God, however, sees a direct connection between them. At death we are relocated, but this does not relegate our earthly lives to insignificance. On the contrary, they have eternal significance. They have been recorded in the sight of all Heaven, and serve as an ongoing reference point for eternal rewards.

Since none of us learns everything on earth that God would desire us to, rather than abandon the lessons he wanted to teach us, he might allow us once in Heaven to review our lives on earth and this time learn everything he intended. This is speculation, but that there will be ongoing remembrance in Heaven of some aspects of our lives on earth is not speculation. It’s a clear teaching of Scripture.

Photo by Marc Kleen on Unsplash

Will We Have Memory in Heaven?

video March 27, 2013
Randy Alcorn talks about biblical evidence for the existence of memory of our life on earth when we are in Heaven. This video clip was excerpted from Randy's Eternity 101 DVD class.

Will We Remember Bad Things About Earth in Heaven?

video March 27, 2013
Randy Alcorn shares why he believes there is a remembrance of things, even bad things, that happened on earth. Also, he addresses the biblical difference between saints praying for us and us praying to saints. This video clip was excerpted from Randy's Eternity 101 DVD class.
Invest in Eternity