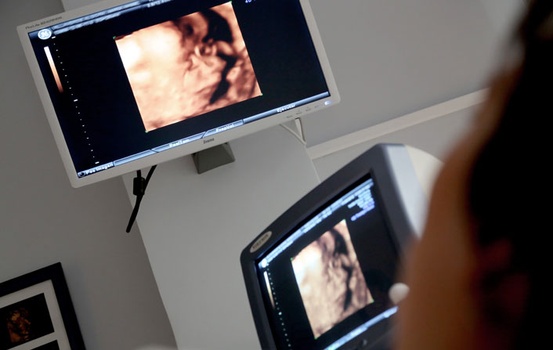 Last year, in the dead heat of the summer, I developed pneumonia. When my doctor suspected the cause of my fatigue and shortness of breath, he ordered an X-ray and in a short while we were examining the picture of my lungs. This window to an erstwhile unseen world provided by modern medicine allowed my doctor to confirm his diagnosis and provided the information I needed to make decisions about my treatment.

A dozen states are considering laws that require abortion clinics to provide ultrasound images for women seeking abortion. Obstetric ultrasound is a safe and noninvasive procedure using high frequency sound waves to provide a picture of the moving fetus on a monitor screen. A “transducer” is placed on the abdomen and moved to capture different views inside the uterus. The fetal heartbeat can be viewed as early as four weeks, and other fetal measurements can be made accurately from the images on the screen.

Opponents of these laws, like the editors at USA Today, say the ultrasound mandates “cross a line” and force “unnecessary medical procedures” on women. Yet the reality of abortion in America suggests this rhetoric is off the mark.

There are far too many stories of women who were not fully informed before their abortion and are suffering now because of it. In fact, there are women in court today suing abortion doctors for lying to them about the state of development of their child. The people in various states considering these laws have the right to decide that women deserve factual information before an abortion and that the best information about fetal development is an ultrasound picture.

Florida’s proposed law prescribes an ultrasound prior to every abortion. Women must be allowed to view the live ultrasound images, though they must also be informed that they have the right to decline to view them under the law. In either case, the law requires that the physician or sonographer review and explain the images. (Most obstetric ultrasound procedures are performed topically, as described above. An alternative is the transvaginal ultrasound, which produces an enhanced image quality but is not a common prenatal procedure. The Florida measure does not require this more invasive procedure.)

The fact is, ultrasounds are used today by abortion clinic doctors (they actually make abortions safer) but the screen is turned away from the woman. Proponents of bills like the one in Florida believe, quite simply, that the information an ultrasound provides ought to be in the hands of the person who is making the abortion decision, not only the person who stands to profit from it. And there is plenty of evidence to suggest that the information an ultrasound provides is relevant and meaningful to that decision-maker. Various studies suggest that about 80 percent of women change their mind about abortion after seeing an ultrasound. If women themselves say ultrasounds make a difference, “prochoice” politicians shouldn’t stand in the way of making this information available.

Some charge that providing ultrasound images equates to emotional blackmail for a woman who has already made an agonizing decision, but a recent study published in the European Journal of Contraception and Reproductive Health Care would suggest otherwise. In an article entitled, “Women’s perceptions about seeing the ultrasound picture before an abortion,” the authors report that women presenting for medical and surgical abortions at two urban clinics were asked if they wished to view an ultrasound image. Of 350 participants, 72.6 percent chose to view the ultrasound and, of those, 86.3 percent found it a positive experience.

Abortion proponents could adopt this standard of practice voluntarily, of course, but they won’t. Abortion clinics are for-profit ventures, and notoriously under-regulated—animal hospitals and beauty salons are better regulated than some abortion clinics. They will always oppose laws that strengthen a woman’s right to know because when women are empowered, they tend to choose life for their children. That’s good medicine, but bad for business.

Cathy Ruse is senior fellow for legal studies at the Family Research Council. This article originally appeared in the St. Petersburg Times on May 24, 2010 and can be viewed online.

Image by MedicalPrudens from Pixabay 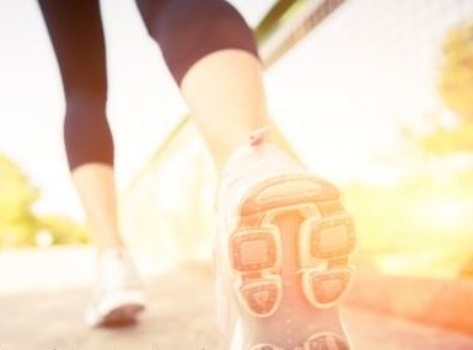 "You Can Run and You Can Pray": The Guardian Project Story

Have you ever wondered how as one person, you can make an eternal impact for God’s glory? This testimony from Heidi Boos, one of the founders of the Guardian Project (which has provided the first ever mobile ultrasound unit in Oregon to reach abortion-minded moms) is a powerful reminder of how a Christ follower’s obedience to God’s calling truly can make a difference!

This abortion debate with Scott Klusendorf and Nadine Strossen was filmed April 2011 at Westmont College. Recorded by Tim Eaton.

Some of the world’s most prominent scientists and physicians testified to a U.S. Senate committee that human life begins at conception: A United States Senate Judiciary Subcommittee invited experts to testify on the question of when life begins. All of the quotes from the following experts come directly from the official government record of their testimony. 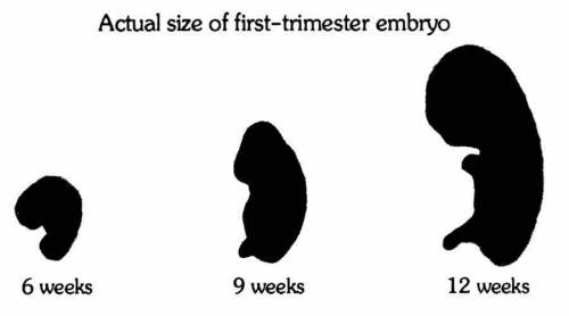 One common point of contention in the abortion debate is the subject of informed consent. Members of the Prolife faction have introduced legislation to make sure that a woman is well-informed before her abortion. 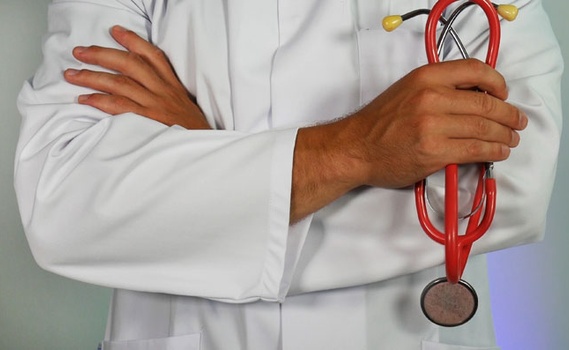 These are quotes by former clinic workers. These people have left the abortion business for various reasons. Many have left because they decided that abortion is wrong, and some are now part of the prolife movement. 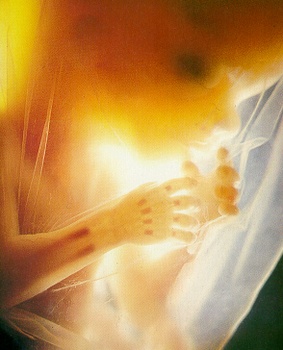 This contains descriptions of abortions. Most of the people quoted here are clinic workers or abortionists. Some are writers or medical students who have observed the procedures. All people quoted are pro-choice.

The biggest disadvantage to the preborn child has always been that there’s no window to the womb. His fate is in the hands of those who cannot see him. But in recent years this has radically changed.

If liberalism is like a religion— clinging to messianic government just as believers trust in God—then abortion is its holiest sacrament.

This morning after breakfast I was again distressed, very distressed, at the thought of the thousands of unborn children that are legally crushed to death by sterile medical instruments.
Invest in Eternity