Randy Alcorn’s If God Is Good: Faith in the Midst of Suffering and Evil (Multnomah, 2009) responds to the atheistic claim that the existence of evil negates Christian proclamation of God’s total sovereignty plus total goodness: If He’s really in charge, He’s a sadist. Alcorn responds by showing that atheists lack reasonable answers to both the problem of good—materialistically inexplicable acts of loving sacrifice—and the problem of extreme evil, where people expend resources to inflict suffering beyond any benefit they receive.

Alcorn also notes that God may already be restraining 99 percent of evil and suffering, and that acts of goodness may appear harsh: He gives the example of a 3-year-old boy who has swallowed poison and must be kept awake on the way to the hospital, so a parent has to slap him every time he falls asleep. He writes that if God were to eliminate any one evil, the result might be much worse: A child’s disability might lead him and his parents to become servant-hearted rather than self-absorbed.

(Along the line of “things would have been worse,” Alcorn synopizes the famous Star Trek episode in which time-traveling Dr. McCoy in 1930 saves the life of peace advocate Edith Keeler, who then builds a pacifist movement that delays America’s entry into World War II long enough to allow Germany to be first in developing an atomic bomb; Hitler then rules the world. To avoid that, Captain Kirk has to go back in time to make sure the young woman—whom he loves—dies.

Alcorn also sees that what seems like pointless suffering may have a point we don’t see. I think of that when contemplating our tragic abortion pandemic: Apparently useless except to reveal the breadth of human selfishness, it has nevertheless pushed some people to come to Christ. Much sacrificial effort by prolife people has glorified God. Furthermore, reaction to Roe v. Wade eventually propelled political changes (including the election of Ronald Reagan) that led to the end of the Cold War and perhaps saved us from nuclear war.

But this is all speculation. We’ll never know, at least in this life, why so many have died so young. At some point we need to return to two basics: the Old Testament teaching in Job and other books that God is much wiser than us, and the New Testament teaching that God did not watch from a distance but took on extreme suffering Himself two millennia ago. 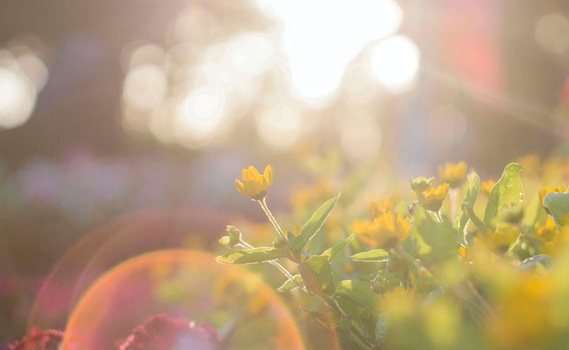 What Words of Encouragement Can You Share with Someone Who Is Deeply Hurting?

article June 25, 2014
I pray that God would wrap His arms around you, comfort and encourage you, and do a work of grace.

Perspectives on Creation and Suffering from Romans 8

audio September 24, 2013
Randy discusses what Scripture teaches in Romans 8 about the suffering of creation as we wait for ultimate freedom from bondage, in an interview with pastor Greg Laurie at Harvest Church in Riverside, CA, November 2011.

audio May 6, 2011
Randy Alcorn teaches on Job 19 to staff at Family Life.
Invest in Eternity