How Can You Say There Will Be Oceans on the New Earth When Rev. 21:1 Says Something Different? 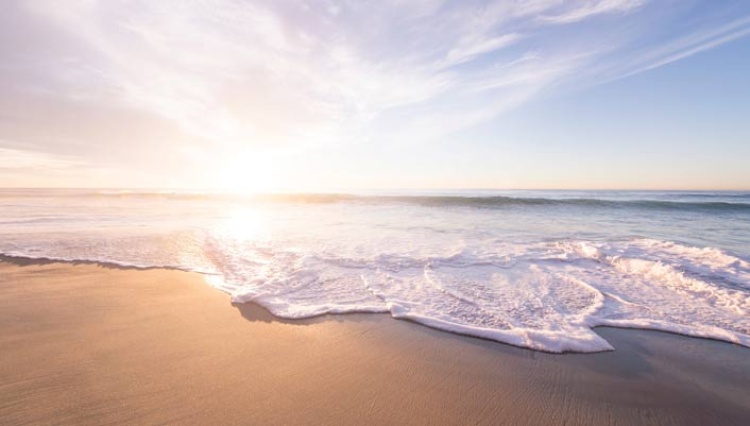 If you’ve ever spent a leisurely day on a golden beach or sailed across the vast ocean or observed the beauty of God’s underwater creatures, you may be surprised that John, taken in a vision to the far future, says that on the New Earth “the sea was no more.” But when we take a closer look, we see that perhaps there will be great bodies of water there after all.

I saw a new heaven and a new earth, for the first heaven and the first earth had passed away, and the sea was no more. And I saw the holy city, new Jerusalem, coming down out of heaven from God, prepared as a bride adorned for her husband. And I heard a loud voice from the throne saying, “Behold, the dwelling place of God is with man. He will dwell with them, and they will be his people, and God himself will be with them as their God. He will wipe away every tear from their eyes, and death shall be no more, neither shall there be mourning, nor crying, nor pain anymore, for the former things have passed away.” Revelation 21:1-4

In my book We Shall See God, which contains 50 devotionals with insights on Heaven from Charles Spurgeon, he writes:

“And the sea was no more.” Scarcely could we rejoice at the thought of losing the glorious old ocean. The new heavens and the New Earth are none the fairer to our imagination, if, indeed, there is literally to be no great and wide sea, with its gleaming waves and shelly shores.

Is not the text to be read as a metaphor, tinged with the prejudice with which the Eastern mind universally regarded the sea in the olden times? A real physical world without a sea is mournful to imagine; it would be an iron ring without the sapphire which made it precious.

There must be a spiritual meaning here. In the new dispensation there will be no division—the sea separates nations and ­separates peoples from each other. To John in Patmos the deep waters were like prison walls, shutting him out from his brethren and his work; there shall be no such barriers in the world to come. Leagues of rolling waves lie between us and many a kinsman whom tonight we prayerfully remember, but in the bright world to which we go, there shall be unbroken fellowship for all the redeemed family. In this sense there shall be no more sea.

The sea is the emblem of change; with its ebbs and flows, its glassy smoothness and its mountainous waves, its gentle murmurs and its tumultuous roarings, it is never long the same. Slave of the fickle winds and the moon, its instability is proverbial. In this mortal state we have too much of this; Earth is constant only in its inconstancy, but in the heavenly state all mournful change shall be unknown, and with it all fear of storm to wreck our hopes and drown our joys.

No tempest howls along the peaceful shores of Paradise. Soon shall we reach that happy land where partings and changes and storms shall be ended! Jesus will always keep us above water there. Are we in him or not? This is the grand question.

When we read about no more seas, we think of God’s doing away with the oceans that cover most of his beloved Earth. We think there will be no more surfing, tide pools, snorkeling, and fun on the beach, and there will be no more wonderful sea creatures. From Spurgeon’s viewpoint, and most of us would feel the same way, that sounds like bad news. While Spurgeon’s meditation from Morning and Evening is very brief, in tribute to him I’d like to further develop from Scripture the issue he raised, making a case I think he might have appreciated.

When Revelation 21:1 says that “the sea was no more,” we must try to understand sea in exactly the way the writer and his readers of the book of Revelation would have understood it. To the great majority of them, the sea was devoid of the romantic properties many of us associate with it. Rather, the sea consisted of those vast, icy, treacherous, stormy waters that separated families, destroyed ships, and drowned loved ones. It posed a constant threat, with its great creatures that swallowed up seafarers and its salt waters that poisoned people on the open sea who craved freshwater. With that understanding, “no more sea” was a re­assuring prospect!

Author and Bible teacher Steven Lawson points out, “To the ancient peoples, the sea was frightful and fearsome, an awesome monster, a watery grave. They had no compass to guide them in the open sea. On a cloudy day, their ships were absolutely lost without the stars or the sun to guide them. Their frail ships were at the mercy of the tempestuous ocean’s fearsome, angry storms. The loss of human life in the sea was beyond calculation.”

But let’s look at a larger picture. Of course, it was God who created the seas (Genesis 1:9-10). Like everything else he made, they were very good (Genesis 1:31). But the Curse had a devastating effect on creation, including the ocean waters.

Even if Revelation 21:1 is a literal promise of “no more ocean,” this doesn’t necessarily mean the absence of large bodies of water. Revelation tells us a great river flows right through the capital city (22:1-2). How much more water will there be outside the city? Flowing rivers go somewhere. Some of the world’s lakes are huge and sealike, so theoretically the New Earth could have even larger lakes. Huge lakes could, in effect, be freshwater oceans.

Ezekiel 47 speaks of the water flowing from the Temple, which parallels the water flowing from the Messiah’s throne on the New Earth (Revelation 22). Ezekiel says, “I saw a great number of trees on each side of the river” (47:7, niv). Then he is told, “This water flows toward the eastern region and goes down into the Arabah, where it enters the Dead Sea. When it empties into the sea, the salty water there becomes fresh. Swarms of living creatures will live wherever the river flows. There will be large numbers of fish, because this water flows there and makes the salt water fresh; so where the river flows everything will live” (Ezekiel 47:8-9, niv). 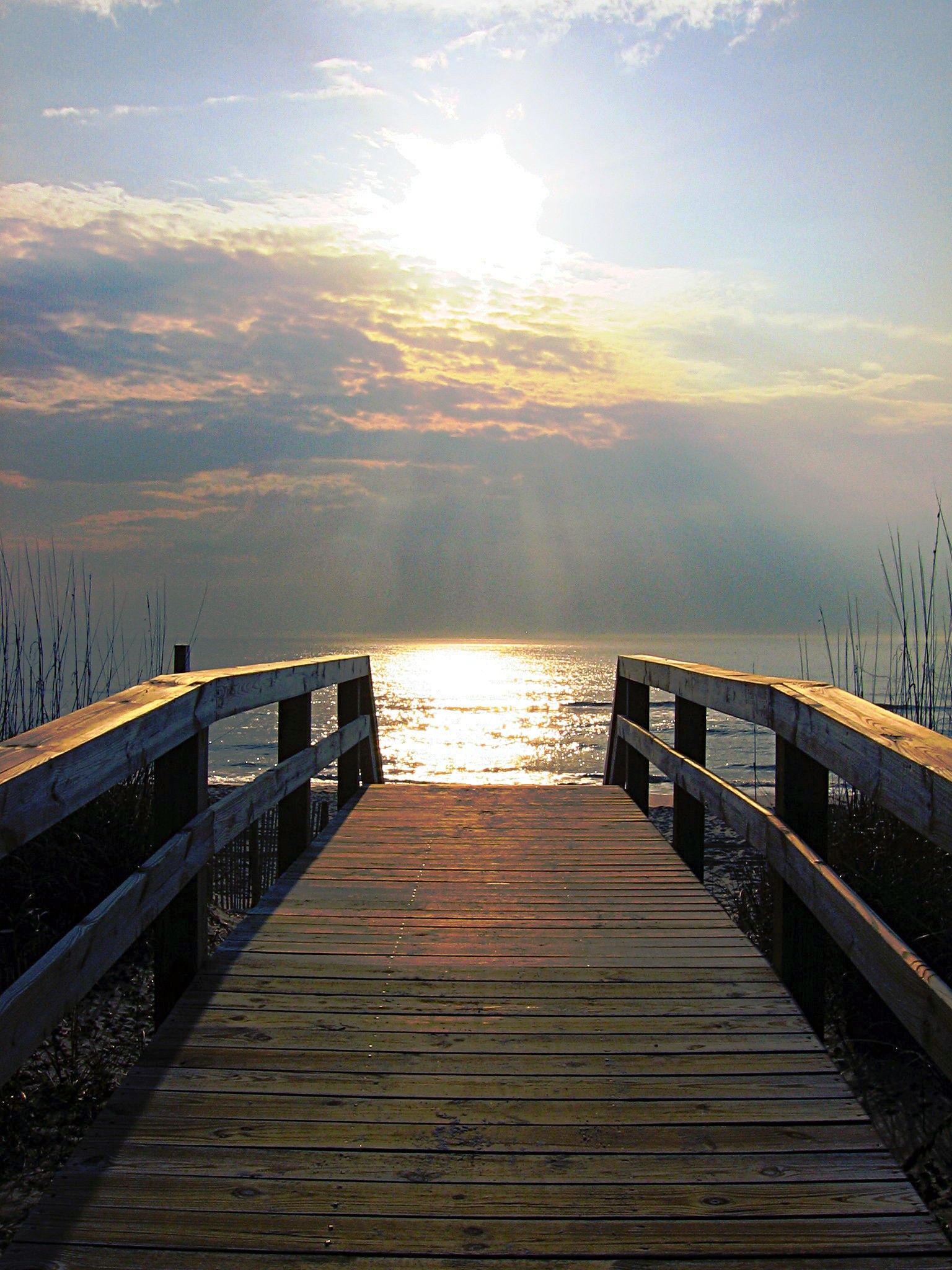 Ezekiel 47 goes on to say, “Fruit trees of all kinds will grow on both banks of the river. Their leaves will not wither, nor will their fruit fail. Every month they will bear fruit, because the water from the sanctuary flows to them. Their fruit will serve for food and their leaves for healing” (verse 12). This promise is applied directly to the New Earth in Revelation 22:2. Since this is clearly a New Earth passage, it appears that the reference to “no more sea” in Revelation 21 may simply mean “no more sea as we now know it.”

In The Voyage of the Dawn Treader, one of C. S. Lewis’s books in the classic Chronicles of Narnia series, the talking mouse Reepicheep is on a quest to find Aslan’s country, which can be seen as a type of Heaven. As Reepicheep nears Aslan’s country, the salt water transforms into pure, refreshing, life-giving “sweet” water. Will something similar happen on the New Earth?

Romans 8 suggests that “the whole creation,” not just human beings, will experience a renewed existence on the New Earth. Since most of the Earth’s species live in the ocean, it seems likely some of them will be re-created. Surely it would be easy for God to enable today’s saltwater creatures to live in freshwater. I think this is more than wishful thinking, and there are biblical grounds to support Spurgeon’s instinct that there may well be bodies of water of some sort on God’s New Earth.

I’ve done enough snorkeling and diving to know it’s exhilarating and worshipful to be immersed in the God-made undersea world. Twenty years ago I took out a boat and went snorkeling with one of my daughters and some friends. Suddenly, in very deep water, we heard the melodic sounds of whales calling to one another. We floated, nearly motionless, as the sounds grew louder and louder. We found ourselves absorbed in musical beauty and power that defied words. I felt indescribably close to God during that almost magical experience.

While I can’t be sure, I believe we will swim and dive in large bodies of water, perhaps without tanks or masks, opening our eyes wide and playing with God’s creatures of the deep. And if not, of course, God will have still better things in store for us, all of them for his glory and our delight!

Photo by frank mckenna on Unsplash 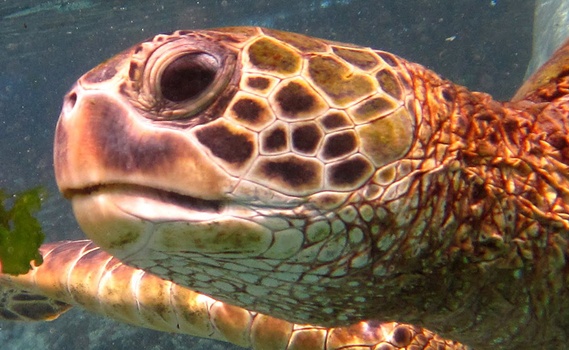 video April 5, 2011
Yesterday we looked at reef fish. Today it’s turtles. Tomorrow I’m going to share an amazing ocean surprise God shared with me on our last day in Maui. 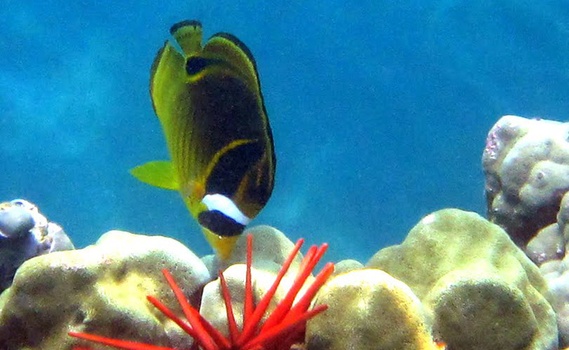 video April 4, 2011
As I mentioned in a previous blog, one of my favorite activities in the world is snorkeling. It’s a profoundly spiritual experience for me to enjoy the wonders and beauties of God’s underwater world. 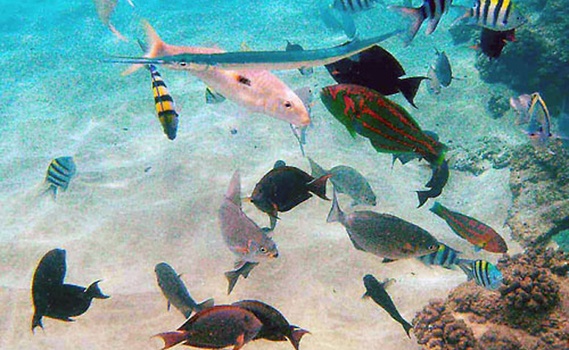 God's Creation Under the Sea

video March 25, 2011
When I think of the first glimpse of Heaven, I think of the first time I went snorkeling. It was absolutely breathtaking. There were thousands of fish of every shape and size and color, and just when you think you’ve seen the most beautiful creation, here comes another one.
Invest in Eternity