Some Thoughts on Eternal Security and the Arminian and Calvinist Positions

Many passages can be cited both for and against the notion that a Christian can lose his salvation. See Scriptures on Whether a True Christians Can Lose Their Salvation (Cited by Arminians and Calvinists)

When teaching our church’s college group on this subject a few years ago, I asked everyone who believed you couldn’t lose your salvation to go to one side of the room and everyone who believed you could lose it to go to the other. There were about 40 people on one side, 30 on the other. Then I broke them into groups of 4 or 5 (still on the opposite sides of the room), and gave them a handout with a list of Scripture passages. I asked them to look up each passage, jot down notes and answer the question, “If this was the only passage of Scripture on the subject would you conclude a Christian can or cannot lose his salvation?” I had them spend 20 minutes or so just reading aloud the passages and deciding together which position each one supported.

What they didn’t know was that I had given the two main groups two completely different handouts, containing none of the same Scriptures. I gave the Calvinists the list of the passages commonly cited by Arminians. I gave the Arminians the list of passages commonly cited by Calvinists. Everybody was robbed of the Scriptures they would normally have quoted, and was stuck with the Scriptures they’d normally try to avoid.

One of the interesting things was not only the level of extreme discomfort felt by both sides, but the number of people in both camps who stubbornly refused to admit that the passages they were looking up appeared to contradict the position they held. They would rationalize and deny and go into hermeneutical contortions to make a passage say the opposite of what it seemed to say.

At least some of the students, though, on both sides, had to admit in the end that the other side was not stupid or ignorant, and that there were indeed Scriptures that lend themselves to the defense of that position.

My further point was to show the nature of paradox. Scripture shows us two sides to truths, and sometimes we can’t reconcile them in our little bitty brains. But we are to believe and embrace all Scriptures, even those which make us feel uncomfortable, and in the process stretch our minds to accommodate truth that is bigger than us. (As opposed to shrinking God’s revealed truth down into bite-sized chunks that we can neatly handle and dispense, so that rather than us submitting to the truth, we end up submitting truth to us.)

I think, then, the biggest mistake in studying this issue is selecting those passages that most fit with what a person already believes. We should study the “whole counsel of God,” not ignoring or twisting or interpreting away those passages that challenge our position.

Also, I think anecdotal evidence of human experience has little weight in determining this issue, since none of us can know for certain who was truly saved and when. For example, a man we know who professed Christ, who once went regularly to church and taught Sunday School, has lived in sin for twenty years. He dies today. Which position does this prove? None, since we don’t have a copy of the Book of Life in front of us. We don’t know whether he ever was a Christian, and we don’t know whether he’s now in Heaven or Hell. (Scripture gives us ground to speculate based on the fruit we saw, but we can’t be sure.)

Even biblical examples don’t prove one side or the other. Saul and Judas are often cited as proof that a saved person who can lose his salvation. Saul is problematic because the Holy Spirit was given and withdrawn from Old Testament saints, who weren’t permanently indwelt by the Sprit as in New Testaments times. Jesus said he had chosen Judas who was “a devil.” But does chosen to be an apostle mean chosen to eternal life? Judas’s apostasy proves nothing except that someone who on the outside is a disciple of Christ can turn his back on Him. But that doesn’t answer the question of whether that person was a true Christian in the first place.

All this doesn’t mean I don’t fall into one of the camps (it’s pretty hard not to). While I came to Christ as a high schooler in an Arminian church, over the years I have gradually changed, becoming more Calvinistic—not on all issues (especially limited atonement), but on most. I have no desire to be a Calvinist. My desire is to follow Christ by understanding and believing and obeying His Word. Sometimes my conclusions don’t fit with Calvinism, but often they do. The truth is, I think I would have enjoyed spending time with John Wesley more than John Calvin. Nonetheless, on this particular issue I come down where John Calvin did, not John Wesley.

While there are many passages cited by both sides, in my experience, John 10:26-30 and Hebrews 6:4-6 are the two passages most frequently quoted by Calvinists and Arminians to prove their respective cases. I ask myself, which passage is most clear and convincing?

In my opinion there seems to be no interpretive possibility that John 10 does anything but emphatically teach true believers can’t lose their salvation. Verse 28 in particular makes three statements which each seem unmistakable in their intent:

“I give them eternal life” (what can be lost and ended cannot be eternal life; if you come to Christ and have eternal life, then later end up losing your salvation and going to hell, then the life you once had could NOT have been eternal, since it did not even last for this life, much less for eternity; and if you didn’t have eternal life in the first place, in what sense were you ever saved?);

“no one can snatch them out of my hand” (“no one” means no person, whether human or demon; Jesus does not cite the person themselves as an exception, and since the Christian himself is a “one,” then he must not have the ability to snatch himself out of the Father’s hand.)

Jesus does not qualify the latter statement by saying “of course he can always jump from the Father’s hand.” I think such an understanding does violence to the context and apparent intent of Christ’s words.

Any one of these three statements in John 10:28 is strong, but cumulatively, to me, they are overwhelming.

Now, if Hebrews 6:4-6 was the only passage on the subject, I would no doubt conclude Christians can lose their salvation. However, there is an interpretive possibility—even though it is not the first one that would come to my mind—that it does not mean this, and may even fit with the notion that Christians cannot lose their salvation. In my opinion (some will disagree, of course), Hebrews 6 has much more interpretive wiggle room than John 10.

I think Hebrews 6 clearly refers to Christians (despite the argument of many that it doesn’t). But it says it is impossible for a Christian to return to original repentance (in its context this is the meaning of repentance) and become born again, for to do so would require Christ dying all over again. Why? Because his death was sufficient for original salvation and therefore to lose salvation and regain it would mean Christ’s death wasn’t enough the first time around and would have to be repeated. The author of Hebrews is arguing for the sufficiency of Christ’s redemptive and high priestly work.

Ironically, if this is the meaning, then the passage is not making the case that salvation can be lost but is actually assuming that it cannot be.

Now, while I believe this is a legitimate interpretation, would anyone have come up with it if not forced to try to reconcile it with passages such as John 10? I doubt it. (But sometimes we must allow other passages to guide our thinking; e.g. we know “first born” used of Christ means rightful heir, not that he came into being at one point and hadn’t existed previously; we rightly allow other passages to lead us to an interpretation which is true to the rest of Scripture.)

I’m just saying that in my little pea brain, Hebrews 6 has more ambiguity and more room for an alternative understanding than John 10 does. I also tend to believe that about other passages, but I’m restricting it to these two since they tend to be major backbone texts for the two positions.

However, and this subject came up earlier, one thing seems clear and even though I’ve read the arguments, I still don’t understand how Arminians can get around it—if Hebrews 6:4-6 does mean a Christian can lose his salvation, then it must also mean that no one who loses his salvation can ever regain it. Yet, in my experience, no Arminians I’ve talked to actually believe this. If they did, they would have to say no one can come forward to receive Christ if they ever did before; “you have only one chance at salvation—lose your salvation and then it’s gone forever. Don’t bother to repent; no one can be saved again.” Rather than once saved always saved, this position is “once damned again (by losing salvation), always damned.” The notion that salvation would be unavailable to some who seek it in Christ is entirely foreign to Scripture. (Calvinists don’t believe that by the way—they believe that those who aren’t elect do not seek salvation, but only those drawn by Christ.) But how can the passage be interpreted to say Christians can lose their salvation without demanding it also teach they can never regain it? The interpreter can’t have it both ways. If he doesn’t hold to the second position, how can he hold to the first? 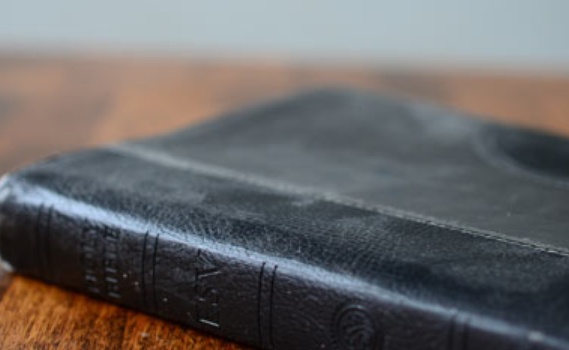 Can Christians Lose Their Salvation?

video May 4, 2015
The biggest mistake in studying this issue is selecting those passages that most fit with what a person already believes. We should study the “whole counsel of God,” not ignoring or twisting or interpreting away those passages that challenge our position.

article May 1, 2004
After looking at each passage, indicate Yes, No or Unsure. (If you’re in a group, poll everyone, and indicate the majority answer.) You may wish to jot down a key phrase from the passage to remind you what it says. Have people mark their Bibles and be ready to read each verse in the subsequent discussion with larger group.
Invest in Eternity