How Do You Find a Church That Understands There is a Spiritual Reality Beyond What We Can See? 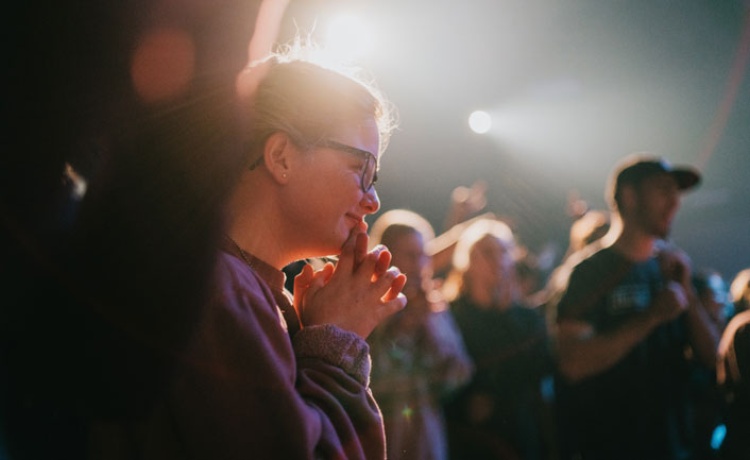 God is changing many perspectives in my life about Him and reality. He is basically opening my eyes to the fact that this world is not all there is, but there is a true spiritual battle going on. I’m looking for a new church. I believe I want to be somewhere where people are living in the reality of the spiritual realm and not just saying they believe it but then living like only this is realty. What cautions/advice do you have to offer?

I would like to see more vibrancy in churches, more purity, more abandonment, more sold out commitment to Christ. I would like to see it expressed in the overflowing joy of Christ, in risking rejection in sharing the gospel, risking being called fools to stand for Jesus, and to speak up for the unborn, and being willing to sell our possessions and give to the poor and live in more modest houses and drive more modest cars, and turn off the TV to spend time with God. I would like to see more vibrant, Christ-exalting living, first in me, and then in my church and the Christian community as a whole. So I sympathize with what you’re looking for.

But I would caution you to be careful and discerning. There are many groups of people who enjoy displays of the supernatural that are not true works of the Holy Spirit but productions of their desire to “see more” and “hear more” and a susceptibility to power of suggestion from others. A serious indicator is questioning those who think and talk in such terms. Are they in fact more sexually pure and less materialistic, for instance, than the church at large? Are they more obedient and servant-hearted? Or are they just more excitable when it comes to miracles? When fascination with or involvement in the supernatural is separated from the disciplines of daily following Christ, it is a dangerous thing. (I trust you are following Christ, but I know people who you would assume were doing so based on their bold statements about the unseen realm and their great insights into demons, but who in fact were not.)

I am all for miracles and I believe God does them. But saying the words isn’t magic. I am skeptical at times not because it’s supernatural, but because it often seems unaccompanied by the disciplines of godly living. When someone, for instance, is constantly having supernatural experiences but is addicted to internet pornography or is being unfaithful to her husband, or is living in pride and self-congratulation because he or she is one who lives in the supernatural realm, then obviously something is seriously wrong.

Your thirst for the supernatural and awareness of the spiritual realm is understandable. I share it. But I have also learned to see the supernatural in countless divine appointments and “magic moments” brought to me by my Savior each day. For years, as a young Christian, I would pray that God would send me supernatural signs and wonders. I heard of people having angels appear, and I wanted to see them too. I prayed for at least a year, almost daily, sometimes weeping, that God would give me the supernatural ability to speak in another tongue. Then someone, an older charismatic, told me “God won’t give you the gift as long as you keep asking in English.” He meant that I was supposed to repeat incoherent syllables to “prime the pump.” But I couldn’t do that. I didn’t want to have a fake tongues experience like some Mormons and Hindus have. I wanted the real deal. For some reason God has never chosen to give it to me, and never chosen to send an angel I could see (though I have sensed them, but even then not as much as I wish to).

I am all for the supernatural, and I believe God is doing a supernatural work in me often, perhaps even right this moment as I write to you, but I don’t think the spiritual life involves working yourself into a frenzy. In Scripture I see the Holy Spirit doing miracles, but not people working themselves up to make it happen or pretending it is happening when it isn’t.

I would only caution you to choose a church carefully, wisely, biblically. Make sure not simply that the doctrinal statement is solid, but that the Word of God is preached, and that men are not elevated above Christ and the message, and where experiences are real they do not overshadow the Scriptures, but are seen through the lens of God's Word.

Here’s an article I wrote twenty years ago on the charismatic question. I would no doubt say some things differently today, but still agree with most of it.

Photo by Vince Fleming on Unsplash