I am about to start medical school and I will not have a job or any earned income for the next four years. I want to give, but I don’t know how much I can give or how much it would be wise for me to give since I will be living off of student loan money. How would you recommend handling my situation?

Jesus said the Sabbath was made for man, not man for the Sabbath. Moses tells the new generation that is about to go in and possess the Promised Land that they are to celebrate the Sabbath as an independence day, a 4th of July so to speak, once a week, not just once a year but over 50 times a year. Why did he tell them this? To be reminded that their fathers and mothers had once been slaves in Egypt and they worked seven days a week but now they were given freedom, they were redeemed from bondage (Deut. 5:12-15). He goes on to remind them that they were hungry and God allowed it to humble them and recognize the bigger picture. God was there all the time not just to meet their needs with food and clothing, but meet their spiritual needs as well, “In order to make you understand that man does not live by bread alone but by everything that proceeds out of the mouth of God” (Deut. 8:3).

The physical needs, and the way God met those needs, were orchestrated by God for a reason and that reason was for the children of Israel to be aware of their total dependence on God. So the Sabbath was intended to be a constant reminder of God’s gracious redemption of Israel from Egypt.

We are told in Hebrews 11 that without faith it is impossible to please God. Faith is a gift from God according to Ephesians 2:8-9. It is a gift that, as it is exercised, is increased. One could ask why the children of Israel were hungry or thirsty? Was it because God’s inventory was becoming depleted or was it because God saw the bigger picture and wanted to discipline His children to walk in His ways, to be dependent on Him and walk in the way of faith? (Deut. 8:5)

This brings us to the point of our giving to God. Is God hungry? (Psalm 50:12) Certainly not! So why is it He asks us to give to Him the first portion of our income? Why not the last part? In the event there is a shortfall, then God, the Creator, can just create more gold or silver (like some governments do). They just print out some more currency.

Proverbs 3:9 says, “Honor the Lord by giving Him the first part.” That takes faith. That is the secret to walking with God. Putting Him to the test as He actually challenges us to do (Malachi 3:10). So tithing is not dependent upon my resources but is dependent upon my willingness to use some of His resources that He has given to me for this. To not tithe is tantamount to saying He can’t or won’t meet my needs if I tithe, which are both Satan’s lies that defame God’s name and character.

It doesn’t take much faith to promise God the leftovers, if indeed there are any leftovers, and there invariably won’t be. But it is honoring to the Lord to put Him first in our lives, because that is an act of faith. You might as well find out in your youthful years if God is faithful, because on your deathbed you certainly don’t want to be in doubt that God may not keep His word about your eternal destiny. If He can’t be faithful in temporal things, can you trust Him to keep His promises and be faithful in eternal things?

Now let’s consider “borrowed” income. Every breath we take is borrowed from Him and you cannot give to Him anything that He has not given to you, as it is stated in 1 Chronicles 29:14. Then there is the amount to give. God does not look at the amount as we see so clearly from Jesus’ comments concerning the widow’s two coins. The purpose is not that man was made for the tithe, but the tithe was made for man. Why? To teach us that life is more than food and clothing or any other necessities in life. It teaches us to trust God and increases our faith. So then, to tithe or not to tithe, that is the question. Should we be looking at our future expenses and liabilities or are we to look at Jesus, the author and finisher of our faith? It comes down to this. If you do tithe, then you are plugged into God’s resources, backed up by His promises. If you do not choose to honor the Lord by giving Him the first part of your income—whether earned, borrowed, loaned, etc.—income is income, then you short-circuit God’s plan to create in you a thankful heart that can only come when we exercise God’s gift of faith to us. Remember, without faith it is impossible to please God and that God did not create us to become His slaves but to become heirs with Jesus as His adopted sons.

As Christians we do not keep the Jewish Sabbath and other Jewish holidays. They were a shadow of what was to come. As Christians we celebrate the death of Christ—the Passover Lamb of God—by the bread and wine at communion.

These are all celebrations of freedom and life, not dirges commiserating bondage. 2 Corinthians 8 and 9 are very insightful in connecting giving to grace. Even as God is gracious to us, we, by our generosity, should reflect that to a hurting world that needs so desperately to see a touch of grace. So God gives us that opportunity each time we trust Him to enable us to give.

For more information on the subject of money and possessions, see Randy Alcorn’s books Money, Possessions & Eternity and The Treasure Principle. 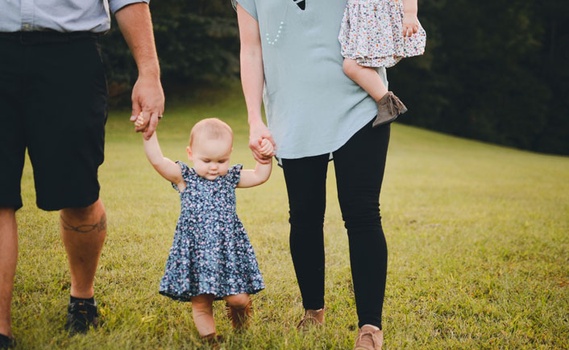 article June 10, 2009
To change the direction of our lives we need to prayerfully make wise decisions, and nothing is wiser than giving first to God, cutting back our expenditures wherever we can, and systematically paying off our debts to others,

How Much Should We Give?

audio October 9, 2013
Randy talks about what the Bible says how much we should give, speaking to a group of Physicians (both secular and Christian) on giving.

How do I know if something is an opportunity from God or temptation from Satan?

audio April 8, 2011
In this three-minute clip, Randy talks about how power, possessions, and pleasures are legitimate objects of desire that our Creator has instilled in us, and by which he can motivates us to obedience. The evil counterattacks by tempting us to direct these legitimate desires to the wrong objects.
Invest in Eternity