How Will We Relate to God in Heaven? 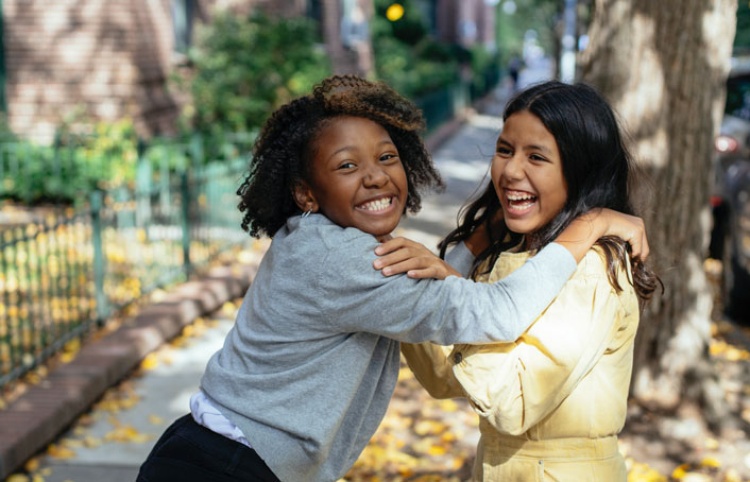 I know that my Redeemer lives, and that in the end he will stand upon the earth. And after my skin has been destroyed, yet in my flesh I will see God; I myself will see him with my own eyes. Job 19:25-27, NIV

As for Aslan himself, the Beavers and the children didn’t know what to do or say when they saw him. . . . For when they tried to look at Aslan’s face they just caught a glimpse of the golden mane and the great, royal, solemn, overwhelming eyes; and then they found they couldn’t look at him and went all trembly. . . .

And so the girls did what they would never have dared to do without his permission, but what they had longed to do ever since they first saw him—buried their cold hands in the beautiful sea of fur and stroked it and, so doing, walked with him.

C. S. Lewis,
The Chronicles of Narnia: The Lion, the Witch and the Wardrobe,

Will we actually see God?

Think about the person you would most want to spend time with. Who would that person be? Your favorite singer, author, or athlete? Your best friend who moved away? A family member who’s already died?

Many Christians would say they’d want to spend time with Jesus. They’d want to see the Savior who created them, died for them, and made their life in Heaven possible—the one who loves them more than anyone else.

During his Sermon on the Mount, Jesus said, “God blesses those whose hearts are pure, for they will see God” (Matthew 5:8). So that means, yes, we’ll see God. But Jesus also said, “God is Spirit” (John 4:24). By this he meant that God the Father doesn’t have a body. But Jesus, God’s Son, does. And because Jesus is God himself, to see Jesus will be to see God.

Isaiah, an Old Testament prophet, had a vision of God. “He was sitting on a lofty throne, and the train of his robe filled the Temple” (Isaiah 6:1). Isaiah knew that the great and awesome God was seated on a throne. He didn’t have to be told, “Hey, that’s God.”

Seeing God made Isaiah afraid—just like Peter, Susan, Lucy, and Mr. and Mrs. Beaver “went all trembly” when they saw Aslan.

We can’t blame Isaiah for his fear, any more than the children in Narnia, because people usually don’t see God. Even the sight of an angel will terrify people. (See Daniel 10:7-10.) Perhaps Isaiah thought of God’s words to Moses, “You may not look directly at my face, for no one may see me and live” (Exodus 33:20). But God allowed Isaiah to see him. In Heaven, we also will be allowed to see God (Revelation 22:3-4).

The more time we spend with God, the better we’ll know him. He’s by far the most fascinating person in the universe. (After all, he’s the one that made all the interesting people we’ve ever known or read about.) Think of the questions we’ll be able to ask God. Are you getting your list ready? I sure am!

When you get to know Jesus better, he’ll be at the very top of your list of people you’d want to spend your day with. Sport and movie celebrities might be fun to meet, but they would get boring pretty soon. Jesus will never bore us. And the great thing is, you don’t have to wait to be with him. You can spend time with him right now. You do this by reading his Word, the Bible, praying to him, and thanking him for being with you all day long.

What does eternal life mean?

There are some events in life that seem to go on forever: the half hour before the end of school each day (especially the last day of school), or the speech you have to make in front of the whole class, or the family dinner that takes so long for everyone to finish when you’re waiting to eat dessert. And there are some unbelievable moments—when you finally learn to snowboard or win the game for your team or get a hug from someone you love—that you wish would last forever. While none of these events actually lasts forever, eternal life does. It wouldn’t be called eternal if it didn’t.

Jesus said, “For God loved the world so much that he gave his one and only Son, so that everyone who believes in him will not perish but have eternal life” (John 3:16). This never-ending life is promised to those who believe in Jesus. “But how can this be?” you might ask. “After all, everyone will die at some point.” True. But death isn’t the end of the story. Jesus promised that someday we’ll live forever with him. That means we’ll live again after we die.

As a promise that this will happen, we have the Holy Spirit. Jesus told his followers that the Holy Spirit would come and make his home within every person who believes in Jesus. (Don’t just take my word for it. Read John 14:15-17, 26.) We’re told about the guarantee in Ephesians 1:14. “The Spirit is God’s guarantee that he will give us the inheritance he promised.” That inheritance, which we will receive as God’s children, is eternal life.

Eternal life is more than an existence that never ends. It’s a quality life that’s filled with joy.

In the Star Trek movie Generations, Guinan tells Captain Picard about a place called the Nexus. She describes it this way: “It was like being inside joy, as if joy was something tangible and you could wrap yourself up in it like a blanket.”

I don’t believe in the Nexus. But I do believe in the new heavens and the New Earth. What will it be like there? Like “being inside joy, as if joy were something tangible and you could wrap yourself up in it like a blanket.”

How will we worship God?

What do you think worship means? Singing to God? Going to church? Some people have an idea that worshipping God is boring, something you have to do. They forget, or really aren’t sure, how awesome God is. They think of Heaven as a long church service. Ever think that way?

You’d probably wait all day to see your favorite celebrity if you knew that he or she was soon to appear at your local mall or bookstore. No one has to drag you there. You want to see that person! And when you see him, what do you say? Probably something like, “Wow, I’m so-o-o glad to meet you. This is the best day of my life!” You’d probably name something you appreciate about the person—his book, her tennis serve, the cool way he played the invading alien general in his last movie.

Some might wonder if all we’ll do in Heaven is worship God. Well, yes and no. No, because the Bible says we’ll be doing many other things-eating, working, relaxing, learning, etc. And yes, because all that we do will show our appreciation for God in an act of worship that will never end.

Worship involves more than singing and prayer. We’re commanded, “Always be joyful. Never stop praying. Be thankful in all circumstances” (1 Thessalonians 5:16-18). We know that God expects us to do many different things on Earth, such as work, rest, and spend time with our families. So if we are to be joyful, pray, and give thanks all the time, we must worship God even while doing other things. Same deal in Heaven.

Why would God want to serve us in Heaven?

Have you read how Jesus washed the feet of his followers (John 13)? They were amazed that a leader and teacher they respected so much would do the work of a servant. Peter especially couldn’t bear the thought of Jesus doing that. But Jesus insisted on washing his friends’ feet.

Jesus also said, “The servants who are ready and waiting for his return will be rewarded. I tell you the truth, he himself will seat them, put on an apron, and serve them as they sit and eat” (Luke 12:37)!

Imagine being served by Jesus. Whoa! That’s even greater than the president coming to your house and making a meal for you! If we came up with this idea ourselves, we’d be crazy! The Creator serving us? Yeah, r-i-i-i-g-h-t. But we didn’t come up with the idea—God did!

We owe him everything. He owes us nothing. But that doesn’t keep God from choosing to serve us, his servants. Jesus served us when he died for us. He said about himself, “For even the Son of Man came not to be served but to serve others and to give his life as a ransom for many” (Matthew 20:28).

As a father who loves his children goes out of his way to help them, God promises that he will always give of himself for us. Why? Because he loves us and wants to show forever his appreciation for our loyalty and service to him in this life. Does that mean we deserve God’s grace? Of course not. By definition, God’s grace is something we don’t deserve. If we deserved it, it wouldn’t be grace!

Somehow, in his great love for us, our King becomes a servant, making us, his servants, kings! Notice that he won’t merely command his other servants to serve us. He will do it himself. That’s why the grace we sing about in church is called “Amazing Grace.” If you think about it, there’s nothing more amazing than that God would love us so much.

Doesn’t that make you want to love him more and more every day?

For more information on the subject of Heaven, see Randy Alcorn’s book Heaven for Kids and Heaven.

Photo by Mary Taylor from Pexels

Psalm 27:4 - Getting to Know God for All Eternity

video June 28, 2013
Randy Alcorn tells us that, according to David, the greatest thing we can ask of God is to gaze upon His beauty. Getting to know God is our most important prayer request and our highest destiny. In fact, we will spend all of eternity getting to know God more and more. This video clip was excerpted from Randy's Eternity 101 DVD class.

Heaven Is the Happiness of God

video May 29, 2013
Randy Alcorn talks about how Heaven is the happiness of God. This video clip was excerpted from Randy's Eternity 101 DVD class.

How Do People in Heaven See God?

video March 27, 2013
Randy Alcorn talks about how those who are in Heaven see clearly the attributes of God and see with an eternal perspective. This video clip was excerpted from Randy's Eternity 101 DVD class.
Invest in Eternity