Adoption: An interview with Randy Alcorn 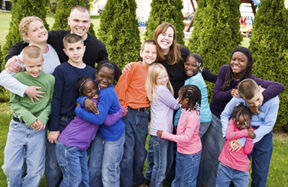 Kovacs: How is adoption connected to the prolife movement?

Alcorn: I think adoption is hugely connected with the prolife movement. Being known as prolifers, we want to be completely consistent with our message. If we’re saying that these so-called “unwanted children” should be brought into the world, then of course we should be thinking of what we can do to care for those who need to be placed somewhere because their parents can’t care for them.

Certainly the prolife movement needs to be there, and has been there in many cases, supporting parents who choose to keep and raise the children and offering them all kinds of support and help, including counseling, physical resources, clothing, and—when it is appropriate—financial help. They also bring them the gospel. But in situations in which the parents are not going to keep the child, adoption is the most obvious alternative, a way of permanently extending the love of Christ to a child.

It is so interesting that you have both born again and adoption passages in the Bible (See John 3:7 and Romans 8:14-16). If we are born into the family of God, it seems like that would be the way Scripture would always express it, but it doesn’t. It talks about adoption. Of course, adoption involves a choice. Here we have a parallel to the divine election in which God looks at us and our need and goes to great lengths and sacrifice to bring us into His family as His children. We are all born, and we are all adopted if we’re part of God’s family.

I have many friends who have chosen to adopt. Nanci and I considered it at one point ourselves. We did not go that direction, but not because of lack of belief in it. It is right, good, and honoring to God. It does, of course, bring its distinctive challenges, but so does every good thing in life.

How do you think being pro-adoption can strengthen the prolife movement?

Every time you see people who are pro-adoption, it conveys the value of human life and the importance of meeting the needs of the truly needy. Scripture emphasizes helping widows and orphans, and adoption is all about opening your home to the neediest of those. James 1:27 says, “Religion that God our Father accepts as pure and faultless is this: to look after orphans and widows in their distress…” For an orphan to be physically without a father and ultimately without a mother is an unthinkable place for a child to be.

If you want to see what a world without adoption would look like, go to the streets and see the homeless children—abandoned and surviving on their own, with gangs, theft, child prostitution, and exploitation at every level. What happens when adoption isn’t there is a horror movie.

What is the church’s role in adoption? How would you encourage a church that wants to have God’s heart for adoption?

There are many different things churches can do. Visibility is huge. Adoption can’t simply be spoken about from the platform; people have to see with their eyes the difference it makes in people’s lives. In our church, the way adoption was highly valued was through four of our pastors who chose over the years to adopt. In one case, we had a pastor who, along with his wife, adopted three children. Because the pastor and the children were visible, they would talk about the reasons for adoption. Our children’s pastor and his wife ended up adopting nineteen children, including a number of special needs children from around the world. They now run an orphanage in Mexico, and recently adopted a Down syndrome child from the orphanage.

Certainly the church can have adoption support groups, speakers, classes, and conferences. Our children’s pastor lined up numbers of people in our church with children to adopt. There are dozens of children who were ultimately adopted. In order for adoption to have a significant part of a church life, models and examples need to be visible. 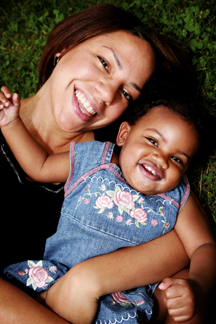 Are there distinctive problems and issues with adoption?

Of course. One of my closest friends, after having four natural-born children, took in and adopted two foster care children who were born with their mother’s drug addiction. That addiction has had a significant influence on their lives. These are not storybook lives.

I’ve often asked families when they’ve been discouraged about what their adopted kids have experienced, “What would have happened to them if you hadn’t intervened?” One boy, a schizophrenic, brought great grief to his family and went through a period of extreme violence. Now it’s under control and he’s doing reasonably well. I believe with all my heart that same little boy, given his tendencies, raised in a foster care situation—or perhaps abandoned on the streets—would have killed others, and possibly himself, or almost certainly would be in prison, perhaps for a lifetime. Yet that boy did come to faith in Christ and after years of grief, is now experiencing some level of stability. Is that redemptive? I believe it is.

What advice do you have for those who are considering adoption but don’t know how to handle the financial challenges? Should other Christians financially support those who want to adopt?

The money issue is a big obstacle. I think those who believe God has called them to adopt should be willing to make personal sacrifices. The average person—and most Christians in our culture—have adopted lifestyles in which they are spending much more money than they need to.

Often we can find in our lifestyle a great deal of money that we think we don’t have. I have talked with families wanting to adopt who say, “We just don’t think we can afford it.” I say, “How much do you want to adopt?” If God has called you to this, He has called you to make sacrifices to make this happen. I would say, “Look at what God has already provided for you and what assets you could liquidate.”

Should the people of God as a whole be challenged to get involved and support other people in the body of Christ? I would say they absolutely should support not only those in their own church who wish to adopt, but also those in other churches and other places.

In The Treasure Principle I talk about the idea that you can’t take it with you, but you can send it on ahead. Don’t store up for yourselves treasures on earth where moth and rust corrupt, or thieves break in and steal, but store up for yourselves treasures in heaven that aren’t going to be destroyed. Where your treasure is, there your heart will be also (Matthew 6:19-21).

Nanci and I have helped people adopt even though God did not lead us to adopt. We still have ownership in adoption because we have helped others in that process. How do you get a heart for something? Jesus says you give to it. If I give toward adoption, I am gaining vested interest in it. 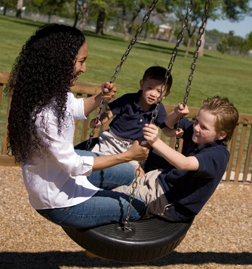 How would you counsel a couple who feels called to adopt but simply does not have the financial resources?

What I would say to that couple is even though they live on very little, they are still among the wealthiest people who have ever lived. How were people throughout history able to do the things they believed God was leading them to do? I believe they took their needs before God and asked Him to provide.

When you ask God to provide, you are saying, “God, we need you in this”—and that is a great way to approach adoption. You’re far better off doing that than if you had a lot of money sitting in the bank and said, “Money is no obstacle, so we’re already 90% of the way there.” The decision to adopt should not be ultimately made on a purely financial basis. God owns everything and is fully capable of providing for His children whatever they need. I think it’s appropriate to ask Him, “Lord, we just don’t have this money. How might we get it?”

Ask Him to provide through whatever means He sees fit to do and simultaneously work on developing a plan to set money aside. That demonstrates the sincerity and priority of this desire. Meanwhile, God may lay it on the hearts of other people to give or provide supernaturally through any number of different means.

Do you think if Christians understood what the Bible says about their own adoption into God’s family, they would become more involved in caring for the orphans of the world?

The Biblical significance of adoption and the fact that God is presented as an adoptive parent should capture the imagination of the Body of Christ. What does it mean to be born into the family of God? What does it mean to bear a likeness to our Father so that we come to resemble Him more and more as God’s children?

In adoption He chooses us who are not naturally His to be declared His at an immense price. Let’s tie that in by illustration to the great cost of somebody adopting a child, and ask ourselves, what was the cost for God to adopt us as His children? Astronomical. The cost was the life of His only begotten Son. He gave His Son so that He might be able to adopt into His family those who had been severed from any natural relationship with God through their sin and were destined to an eternity apart from the presence of the Father. He didn’t just sort of make room for us in His family. He brought us in.

The Abba Fund provides interest-free covenant loans to Christian couples who are called by God to expand their families through adoption. (www.abbafund.com)

Can You Offer Any Encouragement for Navigating the Process of Adoption?

Question from a reader: I’m very discouraged as we have been trying to adopt for quite some time and keep facing major setbacks, especially related to finances. Do you have any words of encouragement?

What Do You Think About Embryonic Adoption?

When it comes to adoption, Randy believes it is honoring to God and consistent with the prolife message. 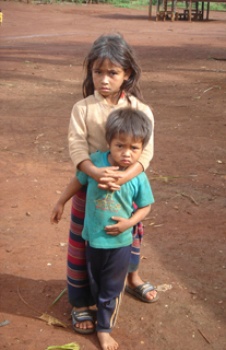 For those interested in pursuing adoption of Haitian orphans, we want to share a few important thoughts regarding this desire.

Why is adoption a threat to pro-choice advocates?

Randy Alcorn answers the question,"Why is adoption a threat to pro-choice advocates?" 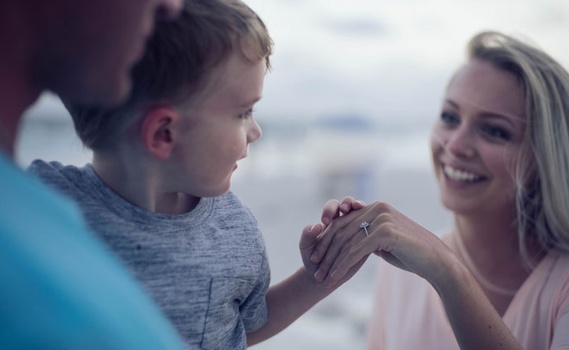 Resources for Those Considering Adoption or Foster Parenting

These resources assist Christian couples who want to adopt or become foster parents. 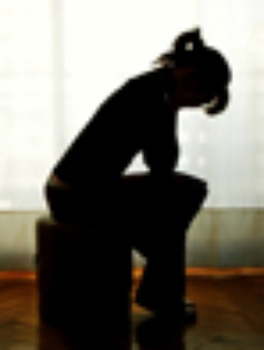 A Young Woman’s Story of Relinquishing Her Baby for Adoption

Some people may think that at the age of 20, you are not too young to have a baby, but that was not the case with me.  My name is Ann Marie Jones, and at the age of 20 I was Ann Marie Holevas.  I was newly sober and drug free and I was…pregnant.  Scared?  Yes.  Terrified?  Definitely.
Invest in Eternity