Once I Get to Heaven Will I Be Grieving That Certain Family Members Won't Be There?

Once I get to Heaven, will I be grieving that certain family members won't be there?

In Heaven we will all be surrounded by family, because of our essential identity as brothers and sisters, sharing a common Father. This is not a “pretend family,” but a very real one. It’s not that God merely uses the earthly family as an illustration of His eternal family, it’s that earthly family was designed after the ultimate, it’s but a model of the real thing in Heaven. (Sometimes the model is very good, sometimes very poor, but never is it as good as the ultimate thing it was made to reflect and point to.) Jesus spoke of family relationships that go far deeper than blood relations.

In Heaven Jesus will wipe away our tears and there won’t be any more pain (Revelation 21:4), so we know we will not be gripped by remorse at anything, including the fact that certain family members from earth aren’t there. We will have an eternal perspective, we will know that God has been just in His judgments, and will not be plagued by doubt. Naturally, we can’t imagine that now, but that’s because we’re not in Heaven–far from it! When the child is in the womb he can’t imagine what awaits him on the outside, but it’s true nonetheless. 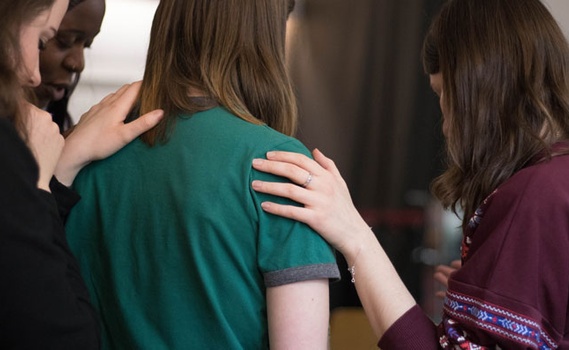 How Do I Minister to an Unsaved Friend Whose Loved One Died Without a Relationship with Christ?

video October 25, 2010
That’s a good question. I’ve been in that exact situation. I think the answer is that we do not have an obligation to try to convince people that their loved one was not saved.

What Do You Look Forward to When You First Enter Heaven?

article June 25, 2014
I think about Heaven a lot. Peter tells us, “you will receive a rich welcome into the eternal kingdom of our Lord and Savior Jesus Christ” (2 Peter 1:11). God is the main welcomer, no doubt, but I think there will be a welcoming committee.

Will the Existence of Hell Diminish Our Joy in Heaven?

video March 27, 2013
Randy Alcorn addresses how the existence of Hell does not take away the joy of Heaven. This video clip was excerpted from Randy's Eternity 101 DVD class.
Invest in Eternity