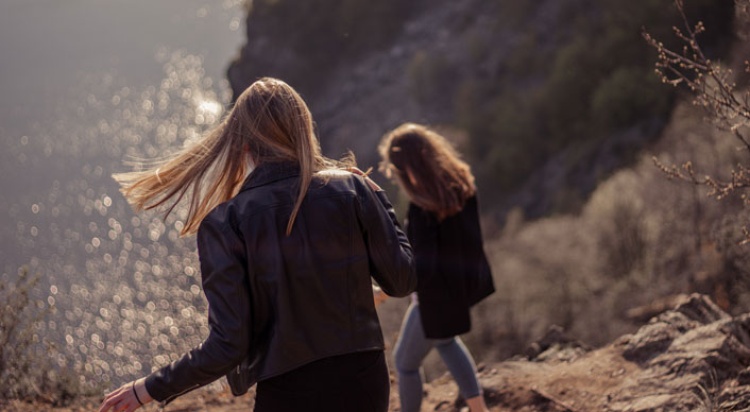 Kate Michelman, former president of NARAL, says: “We have to remind people that abortion is the guar­antor of a woman’s... right to participate fully in the social and political life of society.” But a pregnant woman can fully participate in society. And if she can’t, isn’t the solution changing society rather than killing children?

“How can women achieve equality without control of their reproductive lives?” Feminists for Life responds:

The premise of the question is the premise of male domination throughout the millennia—that it was nature which made men superior and women infe­rior. Medical technology is offered as a solution to achieve equality; but the premise is wrong.... It’s an insult to women to say women must change their biology in order to fit into society.

In her essay, “Feminism: Bewitched by Abortion,” environmentalist Rosemary Bottcher argues that the feminist movement has degraded women by portraying them as unable to handle the stress and pressures of pregnancy without resorting to killing their children.

Prochoice groups consistently oppose efforts to require that abortion be treated like every other surgery when it comes to informing the patient of its nature and risks. They don’t seem to believe that women are capable of making intelligent choices after being presented with the facts.

Serrin Foster, president of Feminists for Life, speaks powerfully in “The Feminist Case Against Abortion.” She says that historically the primary activists against abortion were women, and ironically “the anti-abortion laws that early feminists worked so hard to enact to protect women and children were the very ones destroyed by the Roe v. Wade decision 100 years later.”

Susan B. Anthony stood for women’s rights at a time when women weren’t even allowed to vote. She referred to abor­tion as “child murder” and viewed it as a means of exploiting both women and children. Anthony wrote, “I deplore the horrible crime of child murder.... No matter what the motive, love of ease, or a desire to save from suf­fering the unborn innocent, the woman is awfully guilty who commits the deed.”

Anthony’s newspaper, The Revolution, made this claim: “When a woman destroys the life of her unborn child, it is a sign that, by education or circumstances, she has been greatly wronged.”

Anthony and other feminists who opposed abortion were followed decades later by a new breed of feminists. Most prominent was Margaret Sanger, who advocated abortion as a means of eugenics, economics, and sexual liberation. After eugenics fell into disfavor following the Holocaust, her organization went underground, then later resurfaced as the Planned Parenthood Federation. Sanger and others who followed Anthony tried to tie the abortion agenda to the legitimate issues of women’s rights.

Dr. Bernard Nathanson says that in the 1960s, he and his fellow abortion-rights strategists deliberately linked abor­tion to the women’s issue so it could be furthered not on its own merits but on the merits of women’s rights. Abortion rode on the coattails of women’s rights.

Alice Paul drafted the original version of the Equal Rights Amendment (ERA), a landmark feminist docu­ment. But Alice Paul referred to abortion as “the ultimate exploitation of women.”

One feminist has labeled the attempt to marry femi­nism to abortion as “terrorist feminism.” In her words, it forces the feminist to be “willing to kill for the cause you believe in.” In their publication The American Feminist, Feminists for Life features the beautiful face of a child and asks, “Is this the face of the enemy?” They argue that they stand on two hundred years of prolife feminist history, and that it wasn’t until the 1970s that the women’s movement embraced abortion.

Polls indicate that more women than men affirm the unborns’ right to life. In fact, “the most pro-abortion category in the United States (and also in other nations) is white males between the ages of twenty and forty-five.' More specifically, “the group that is most consistently prochoice is actually single men.' It’s ironic that abortion has been turned into a women’s rights issue when it has encouraged male irresponsibility and failure to care for women and children. Shouldn’t men be called upon to do more than just provide money to kill a child? Shouldn’t they be encouraged instead to say to the woman they’ve made pregnant, “I’ll be there for our child. I’ll do every­thing I can for her. And if you’re willing to have me, I’ll be there for you too.'

One of the ironies of feminism is that by its advocacy of abortion it has endorsed the single greatest means of rob­bing women of their most basic right—the right to life.

Abortion has become the primary means of eliminat­ing unwanted females across the globe. A survey of a dozen villages in India uncovered a frightening statistic: out of a total population of ten thousand, only fifty were girls. The other girls, thousands of them, had been killed by abortion. In Bombay, of eight thousand amniocentesis tests indicating the babies were female, all but one of the girls were killed by abortion.

Because of sex-selection abortions, two-thirds of children born in China are now males. In the countryside, the ratio of boys to girls is four to one.

Amniocentesis is also being used to detect a child’s gender in America. Medical World News reported a study in which ninety-nine mothers were informed of the sex of their children. Fifty-three of these preborns were boys and forty-six were girls. Only one mother elected to abort her boy, while twenty-nine elected to abort their girls.

More girls than boys are now being killed by abortion. To kill an unborn female is to kill a young woman. There can be no equal rights for all women until there are equal rights for unborn women.

For more information on this subject, see Randy Alcorn's books Why ProLife? and ProLife Answers to ProChoice Arguments.

Photo by Richard Biros on Unsplash

video January 5, 2010
This prolife video, "For Women Who Are Considering an Abortion," is very powerful. The woman is excellent, composed and yet vulnerable, and the human dimension is very strong. Her words about those who have had abortions, after being victims of rape and incest, are right on. Wow. 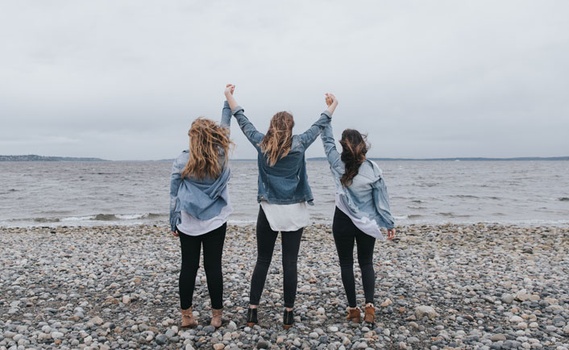 Isn’t Abortion Necessary for Women to Have Equality with Men?

article August 4, 2021
A friend shared a quote on social media that said, “Banning abortion is banning equality. Men break condoms, have one-night stands with strangers, change their mind about parenthood, etc. Forcing a woman to follow-through while men are incapable of the same physical accountability is the epitome of sexism.” Can you provide some solid resources to help me respond?

audio April 21, 2010
Randy Alcorn answers the question, "Does being prolife mean we choose caring for babies over caring for women?" (On Midday Connection with Melinda Schmidt.)
Invest in Eternity