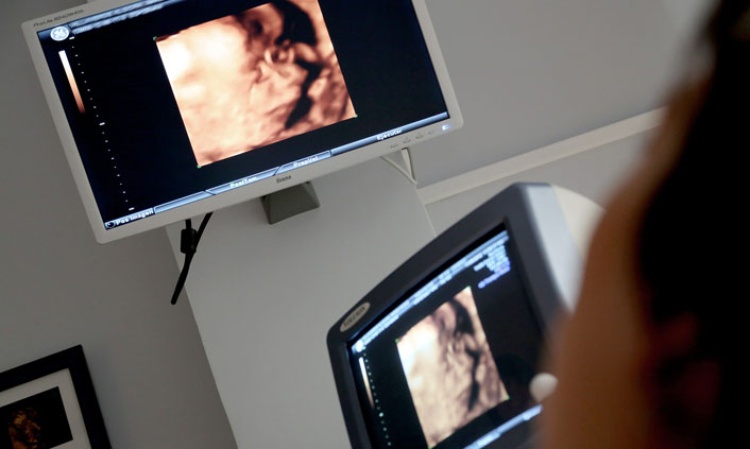 It’s nearly impossible to have a discussion about abortion without someone quickly bringing up the idea that a woman has rights over her own body. Whether stated or not, the assumption is clear—the baby she’s carrying is a part of her body.

Philosopher Mortimer Adler claimed that the unborn is “a part of the mother’s body, in the same sense that an individual’s arm or leg is a part of a living organism. An individual’s decision to have an arm or leg amputated falls within the sphere of privacy—the freedom to do as one pleases in all matters that do not injure others or the public welfare.”[1]

Years ago I read an Oregonian editorial claiming that the fetus is just a part of the pregnant woman’s body. The article compared “it” to her tonsils or appendix. In light of the counseling I’ve done with post-abortive women and men, and the many organizations dedicated to post-abortion counseling and support groups, my first thought was, “Then why’s there no such thing as post-tonsilectomy counseling and why are there no post-appendectomy support groups?”

What’s most amazing about this pervasive proabortion argument is that it is demonstrably contradicted by the scientific facts. Mortimer Adler is as wrong as he can be, as every geneticist knows.

Half of the child’s forty-six chromosomes come from his biological father, half from his mother. He is genetically just as much like his father as he is his mother—but would we argue on that basis that the father has the right to decide whether he lives or dies? Except in the rare cases of identical twins, the combination of those chromosomes is unique, distinct even from that of a brother or sister coming from the same parents.

It is a well-established fact that a genetically distinct human being is brought into existence at conception. Once fertilization takes place, the zygote is its own entity, genetically distinct from both mother and father. The newly conceived individual possesses all the necessary information for a self-directed development and will proceed to grow in the usual human fashion, given time and nourishment. It is simply untrue that the unborn child is merely “part of the mother’s body.” In addition to being genetically distinct from the time of conception, the unborn possesses separate circulatory, nervous, and endocrine systems. [2]

A Chinese zygote implanted in a Swedish woman will always be Chinese, not Swedish, because his identity is based on his genetic code, not that of the body in which he resides. In fact, if the woman’s body is the only one involved in a pregnancy, then she must have two noses, four legs, two sets of fingerprints, two brains, two circulatory systems, and two skeletal systems. Half the time she must also have testicles and a penis.

The previous statement may sound shocking. But in those fifty percent of pregnancies when the child is male, clearly his sexual organs are not part of his mother’s body, but his own. It is a clear scientific fact that the mother is one distinctive and self-contained person, and the child is another.

The child may die and the mother live, or the mother may die and the child live, proving they are two separate individuals. The child-guest is a temporary resident of the mother-host. He will leave on his own as long as he is not prematurely evicted. There are many cases where a mother has been fatally injured, after which a doctor has delivered her child safely. The mother’s body dies, the baby lives. Unmistakably, the baby was not merely a part of his mother’s body, or he would have died with her. Children have been born several months after their mother has been declared “brain dead.”[3] Obviously they must be two distinct individuals prior to the child’s birth, or one could not die while the other goes on living.

The unborn child takes an active role in his own development, controlling the course of the pregnancy and the time of birth. New Zealand professor A. W. Liley is known as the “father of fetology.” Among his many pioneer achievements was the first intrauterine blood transfusion. Dr. Liley has stated:

Physiologically, we must accept that the conceptus is, in a very large measure, in charge of the pregnancy.... Biologically, at no stage can we subscribe to the view that the fetus is a mere appendage of the mother.... It is the embryo who stops his mother’s periods and makes her womb habitable by developing a placenta and a protective capsule of fluid for himself. He regulates his own amniotic fluid volume and although women speak of their waters breaking or their membranes rupturing, these structures belong to the fetus. And finally, it is the fetus, not the mother, who decides when labor should be initiated.[4]

Human beings should not be discriminated against because of their place of residence. A person is a person whether she lives in a mansion or an apartment or on the street. She is a person whether she’s trapped in a cave, lying dependently in a care center, or residing within her mother. We all believe a premature baby lying in a hospital incubator deserves to live. Would the same baby deserve to live any less simply because she was still in her mother?

Consider this true-to-life scenario. Two women become pregnant on the same day. Six months later Woman A has a premature baby, small but healthy. Woman B is still pregnant. One week later both women decide they don’t want their babies anymore. Why should Woman B be allowed to kill her baby and Woman A not be allowed to kill hers?[6] Since there is no difference in the nature or development of the two babies, why would Woman B’s action be exercising a legitimate right to choose, while Woman A’s action would be a heinous crime subjecting her to prosecution for first degree murder? It is irrational to recognize the one child as a baby and pretend the other one isn’t.

I know a former prochoice nurse who was converted to a prolife position after seeing premature babies being frantically saved by a medical team in one room, while down the hall, babies the same age were being aborted.

The U.S. Congress voted unanimously to delay capital punishment of a pregnant woman until after her delivery. Every congressman—including those of the prochoice persuasion—knew in his heart that this unborn baby was a separate person not guilty of his mother’s crime. No stay of execution was requested for the sake of the mother’s tonsils, heart, or kidneys. It was done only for the sake of her child. Why? Because of what we all know if we’ll only admit it-every child, no matter how young and how small and no matter where he is located, is an individual human being with a life and rights of his own.

This article is adapted from ProLife Answers to ProChoice Arguments (Multnomah Publishers, updated and revised 2000) by Randy Alcorn.

[4] From a November 1970 speech titled “The Termination of Pregnancy or the Extermination of the Fetus.” Cited by Jean Garton, Who Broke the Baby? (Minneapolis, MN: Bethany House Publishers, 1979), 41–42. 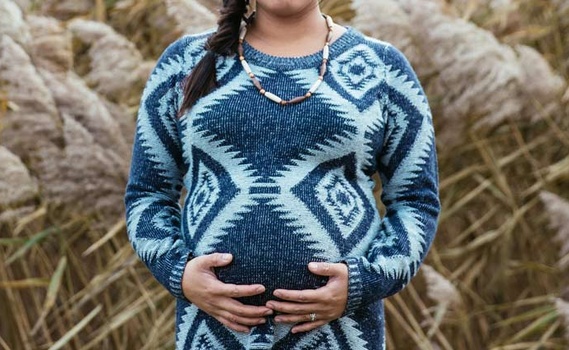 article March 26, 2010
This is an argument I’ve heard a number of times throughout the years: “Babies will go to heaven anyway, so abortion isn’t so bad—in fact, it’s actually in the child’s ultimate best interests.”

Since Abortion Ends the Life of a Real, although Unborn, Person, and that Person Goes to Heaven, in What Form Do They Exist in Heaven?

article March 16, 2010
Your question about what the resurrection body of an infant might look like, is one that the Bible is not quite specific on. Much caution should be exercised as we try to discern an answer that is compatible with God’s revealed truth. I believe we can come to a position that is satisfying and does not contradict Scripture.

article March 2, 2010
The Bible teaches human beings are made in the image of God (Genesis 1:27; James 3:9). Not just Adam and Eve, but each individual since has been personally created by God (Malachi 2:10). Personhood is never measured by age, stage of development, or mental, physical, or social skills (Exodus 4:11).
Invest in Eternity