Sexual Immorality and Speeding - Why Obey the Limits? 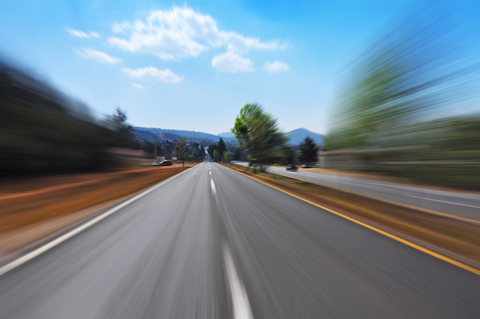 In working with those who are having trouble becoming free from enslaving sexual sin, I frequently see an interesting pattern of thought: Sin seems to be disconnected from its true consequences. Oh sure, “major” sin comes with a penalty, but all of the smaller sins that led up to the “big one” didn’t seem to matter. In fact, the “small” sins were viewed as fun and pleasurable, almost as if they weren’t really sin at all.

You might call this a “speed limit” view of sin.

Let me explain: Back in the early 1970’s, the federal government imposed a nationwide 55 mile per hour speed limit. The idea was to improve fuel economy. Unfortunately, the majority of the driving public recognized that the 55 mile limit had little to do with safety in the majority of cases, so the incidence of speeding increased.

This happened because the consequence of violating the law became more removed from the violation itself. Prior to the 55 mile limit, when a speed limit sign said 55, it was usually because driving faster than 55 was dangerous. After the nationwide limit was imposed it was hard to make the case that driving 55 on a flat four lane interstate highway originally designed for speeds of greater than 70 miles per hour was dangerous.

People quickly learned that if the limit said 55, they could easily drive 60 without much fear of getting a ticket, and certainly without any physical risk. And while the chance of getting a ticket was more substantial at 70 miles per hour, there was still no threat to safety. The only real risk occurred when driving way above the limit, in excess of 80 or 90 miles per hour (for example), which would create a substantial risk of an accident and injury, not to mention it could also result in serious trouble for the driver if he was “unlucky” enough to get caught.

Many people view sin, especially sexual sin, in the same way. They think that viewing pornography is much the same as driving 60 in a 55 zone. “It really doesn’t do any damage now, does it?” Even those who have completed a program to be free from the enslavement of pornography, (such as the course at Setting Captives Free), might put porn in the “90 mile per hour” category. But the occasional, lustful glances at women (or men) on the street, or the sinful mental fantasy once in a while... Well, those become the new 60 mile per hour speed for some. Of course, once you give up on the speed limit at all, it’s easy to go “just a little faster,” and then faster still, until suddenly there are red lights in the rearview mirror, or worse yet, you lose control on that curve you never saw coming!

But God’s standard of purity is not an arbitrary speed limit. If He says the limit is 55, He means 55. God does not say 55 in hopes that we will stay below 60. God is not wishy-washy about moral standards. Those standards are there for a reason: Immorality is bad for us! God knows that “going 56 in a 55 zone” of sexual morals always results in a crash.

Randy Alcorn sums it up nicely in his book “The Purity Principle,”: “Purity is always smart, impurity is always stupid.” God’s standard of purity is there for our protection. That stands to reason: Since the Lord loves us, He will want to keep us from anything that would hurt us. Sexual sin hurts us, and those around us, and it always does, no matter how minor the sin may seem. When we indulge in sexual sin we think it will benefit us, but that’s a lie, straight from Satan! Instead, we are always hurt by our sin.

Sexual sin is nothing to play with. No matter how enticing and harmless it seems, there’s always a price to pay. I recently had lunch with a counselor who lives near me. He is HIV positive. His life was changed forever by a microscopic virus acquired during his first and only homosexual encounter. One time of “exceeding the speed limit,” and he must live with the consequence. Even without the impact of AIDS and other venereal diseases, sexual sin still holds grave consequences. Dysfunctional relationships, depression, divorce... All of these are the sad results of a superficial view of sin, but the worst consequence of sexual sin is the damage it creates in our relationship with God.

And that’s the saddest consequence of all.

As we indulge in sexual sin, the first thing we do is distance ourselves from our creator. It’s hard to be close to the Lord when we are indulging our flesh. I have seen my own spiritual life set back immensely during times when I have indulged even in the “minor speed limit violations” of immoral fantasy. Those I have known who had serious sexual sin issues have always started the same way: First it was lustful thinking, then “soft” pornography (like “the famous swimsuit issue”), then hard-core porn, and finally acting on their sexual desires. The details may change, but it always starts with “little” sins that grow over time.

This happens because the first, “small” sins dull our senses, and leave us vulnerable to committing “bigger” sins. I’ve never met a homosexual struggler, for example, who simply “one day” decided to try homosexuality. No, it always starts small and moves on as the sinner’s senses become dulled by their activity. It’s a gradual enslavement. That’s what sexual sin does; enslaves the sinner. I have known many Christians who, even when they wanted to stop sinning sexually, could not do so on their own. They are prisoners of their own lusts, and it takes a work of God’s grace to free them.

Fortunately, God’s grace is available to do just that. Jesus said those who sin are slaves to sin. But he also said that the truth can set us free. For those struggling with sexual sin, even when it’s at it’s worst, Jesus offers hope and freedom!