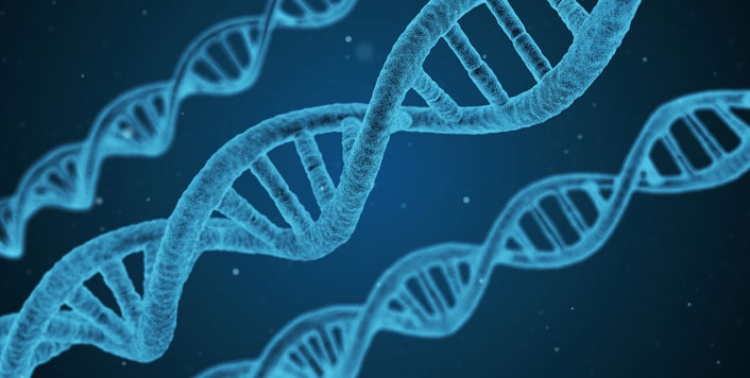 I wrote the following article many years ago, and it has now been through two revisions. Thanks to Phil Gaskill for working on the latest revision and providing additional updated information.

1. The complexity of living systems could never evolve by chance—they had to be designed and created.

A system that is irreducibly complex is one in which all the components work together and are essential to perform the system’s basic function. (A mousetrap is a simple example.) It is not possible to build such a system gradually, one component at a time, since it cannot function unless all components are present.  Many living systems exhibit such irreducible complexity (e.g vision, blood clotting, etc.). When you look at a watch, you assume there was a watchmaker. A watch is too complex to “happen” by chance. Yet living systems are vastly more complex than a watch. Darwin considered this fact one of the most serious challenges to his theory of evolution.  The magnitude of this challenge has increased exponentially since Darwin’s time as the details of living systems have been uncovered down to and below the level of the cell.  The incredible machinery of life exists in networks so complex and interdependent that they could not have arisen gradually or through random chance – they simply had to be designed and created.

2. The high information content of DNA could only have come from intelligence.

According to information science, information can only be produced by intelligence. Highly complex information must originate from a highly intelligent source.  DNA is by far the most compact and complex information storage/retrieval system known. A pinhead-sized amount of DNA has a billion times more information capacity than a 4-gigabit hard drive, can contain multiple copies of all the information necessary to build and maintain things as complex as the human brain and body, and is self-replicating.  However, the proponents of evolution believe that random chance, not intelligence, gave rise to all of the information found in DNA.  Ironically, evolutionary scientists involved in the Search for Extra-Terrestrial Intelligence (SETI) project search the sky with massive radio telescopes, hoping to detect even simple patterns in radio signals which might be a sign of otherworldly intelligence, all the while ignoring the clear evidence of intelligence built into the incredibly complex DNA patterns of every living creature right here on Earth.

3. Mutations do not increase information, as required by evolution.

Mutations are thought to drive evolution, but they cannot increase information.  Mutations can only change DNA by deleting, damaging, duplicating, or substituting already existing information.  The vast majority of mutations are harmful or have no apparent effect.  Over 100 years of fruit fly experiments have clearly demonstrated that mutations only result in normal, dead, or grotesquely deformed fruit flies – they are still fruit flies!  Even mutations which are in some way beneficial (such as antibiotic resistance in bacteria or wingless beetles on windy islands) result from the loss of information.  This is the opposite of the vast increase in information required to get from amoeba to man, as proposed in the theory of evolution.

4. Natural Selection is conservative, not creative.

The concept of natural selection was originally developed by natural theologians, who thought that it worked to preserve distinct created types.  Darwin argued that natural selection, if given enough time, could actually create new types.  However, field and laboratory observations of natural selection in action confirm that it only changes the relative abundance of certain already-existing characteristics, and doesn’t create new ones.  For example, Darwin observed that the average beak size of finches increased in dry years, but later observers noted that this trend reversed in wet years.  This is very different than the kind of changes that would be required to transform a finch beak into some other structure or a finch into a completely different kind of animal.  In other words, scientific studies of natural selection demonstrate, without exception, that Darwin was wrong.

5. There is a total lack of undisputed examples (fossilized or living) of the millions of transitional forms required for evolution to be true.

If evolution were true, we should be surrounded by a zoo of transitional forms that cannot be categorized as one particular life form. But we don’t see this—there are different kinds of dogs, but all are clearly dogs. The fossils show different sizes of horses, but all are clearly horses. None is on the verge of being some other life form. The fossil record shows complex fossilized life suddenly appearing, and there are major gaps between every major “kind” of life.  Darwin acknowledged that if his theory were true, it would require millions of transitional forms. He believed they would be found in fossil records. They haven’t been.

6. Pictures of ape-to-human “missing links” are extremely subjective and based on evolutionists’ already-formed assumptions. Often they are simply contrived.

The series of pictures or models that show progressive development from a little monkey to modern man are an insult to scientific research. These are often based on fragmentary remains that can be “reconstructed” a hundred different ways. Many supposed “ape-men” are very clearly apes, and most fossils hailed with much fanfare as “missing links” are later quietly reclassified as simply extinct varieties of non-human primates.  Evolutionists now admit that other so-called “ape-men” were fully human.  The body hair and the blank expressions of the supposedly primitive humans in these models don’t come from the bones, but from the evolutionary assumptions of the artist. Virtually nothing can be determined about hair and the look in someone’s eyes based on a few old bones.  The “missing links” are still missing.

7. The radioactive dating methods that evolutionists use to assign millions and billions of years to rocks are based on questionable assumptions and give unreliable results.

Dating methods that use radioactive decay to determine a rock’s age assume that the original amounts of parent and daughter isotopes can be accurately estimated, that no isotopes moved into or out of the rock after its formation (closed system), and that radioactive decay rates have always been constant.  However, the original amounts of parent and daughter isotopes can rarely be estimated with reasonable accuracy.  In addition, it is commonly acknowledged that hydrothermal fluids (hot, mineral-rich water) often transport both parent and daughter isotopes from one rock to another, invalidating the closed system assumption.  In fact, this process is often cited as a reason for rejecting dates that don’t fit the evolutionary timeline.  What is not commonly known is that radioactive dating methods usually give a number of different results for the same formation and often even for the same rock!  In practice, geologists choose the “correct” age from among these different results based on the age expected from the evolutionary timeline.  This is a classic case of circular thinking!  Also, different methods give different results, with heavier isotopes consistently giving older ages than lighter isotopes for the same rock.  This pattern should not exist if radioactive decay rates have always been the same.  Furthermore, lava flows with known historical ages often date as millions or even billions of years old.  If radioactive dating methods can be off by so much for rocks of known age, how can they be considered reliable for rocks of unknown age?

8. “Leftover” body structures are not evidence for evolution.

Evolutionists point to vestigial organs (supposedly “leftover” body structures with no know function) as evidence of evolution. However, it’s impossible to prove that an organ is useless, because there’s always the possibility that a use may be discovered in the future. In fact, over 100 organs formerly thought of as vestigial are now known to perform essential functions. Scientists continue to discover uses for such organs and only a small number are still considered vestigial. It is increasingly clear that vestigial organs are not the result of evolution but simply examples of scientific ignorance.  It’s also worth noting that even if an organ were no longer needed (e.g., eyes of blind creatures in caves), it would prove devolution not evolution. Proponents of evolution need to provide examples of developing organs that are not yet fully functional but can be shown to be increasing in complexity with each succeeding generation.  No such examples exist.

9. Evolution is said to have begun by spontaneous generation—a concept ridiculed by biology.

When I was a sophomore in high school, and a brand new Christian, my biology class spent the first semester discussing how ignorant people used to believe that garbage gave rise to rats, and raw meat produced maggots. This now disproven concept was called “spontaneous generation.” Louis Pasteur proved that life only comes from life—this is the law of biogenesis. The next semester we studied evolution, where we learned that the first living cell came from a freak combination of nonliving material (where that nonliving material came from we were not told). “Chemical Evolution” is just another way of saying “spontaneous generation”—life comes from nonlife. Evolution is therefore built on a fallacy science long ago proved to be impossible.

Evolutionists admit that the chances of evolutionary progress are extremely low. Yet, they believe that given enough time, the apparently impossible becomes possible. If I flip a coin, I have a 50/50 chance of getting heads. To get five “heads” in a row is unlikely but possible. If I flipped the coin long enough, I would eventually get five in a row. If I flipped it for years nonstop, I might get 50 or even 100 in a row. But this is only because getting heads is an inherent possibility. What are the chances of me flipping a coin, and then seeing it sprout arms and legs, and go sit in a corner and read a magazine? No chance. Given billions of years, the chances would never increase. Great periods of time make the possible likely but never make the impossible possible. No matter how long it’s given, non-life will not become alive.

10. The scientific method can only test existing data—it cannot draw conclusions about origins.

There are two types of science.  Operational science deals with the present, and arrives at conclusions based on repeated observations of existing phenomena.  Historical science deals with the past, which is not repeatable.  Investigations of origins clearly fall within the scope of historical science, and therefore cannot draw definitive conclusions.  Since no man was there to record or even witness the beginning, conclusions must be made only on the basis of interpreting presently available information. This interpretation is greatly influenced by one’s prior beliefs.  If I put on rose-colored glasses, I will always see red. I accept the Bible’s teaching on creation, and see the evidence as being consistently supportive of that belief. When dealing with origins, everyone who believes anything does so by faith, whether faith in God, the Bible, themselves, modern science, or the dependability of his own subjective interpretations of existing data. I would rather put my faith in God’s revealed Word.

How Do I Challenge the Naturalistic Worldview?

audio October 8, 2010
In this five-minute clip, Randy Alcorn talks about how the Christian worldview is the only worldview that stays true to the realities that we observe around us, and shares some thoughts that could be helpful to a Christian who wants to address the inadequacies of the naturalistic worldview.

article March 19, 2010
You asked about the relationship of “micro-evolution” to “macro-evolution.” As you may be aware, there are several different competing evolutionary models that attempt to explain questions of origins in naturalistic terms.
Invest in Eternity