Reaching the Next Generation: Challenge Them With Truth 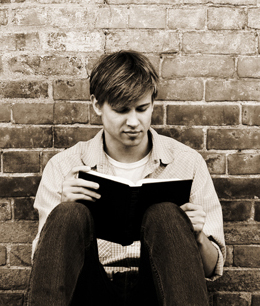 In the church growth heyday, scholars and pastors were wrestling with how to reach out without dumbing down. Today I would argue that we reach out precisely by not dumbing down. The door is open like never before to challenge people with good Bible teaching. People want to learn doctrine. They really do, even non-Christians. Whether they accept it all or not, they want to know what Christians actually believe. Young people will not put up with feel good pablum. They want the truth straight up, unvarnished, and unashamed.

Thom Rainer did a study a number of years ago asking formerly unchurched people the open ended question, “What factors led you to choose this church?” A lot of surveys had been done asking the unchurched what they would like in a church. But this study asked the formerly unchurched why they actually were now in a church. The results were surprising: 11% said worship style led them to their church; 25% said children’s/youth ministry; 37% said they sensed God’s presence at their church; 41% said someone had witnessed to them from the church; and 49% mentioned friendliness as the reason for choosing their church. Can you guess the top two responses? Doctrine and preaching—88% said the doctrine led them to their church and 90% said the preaching led them there, in particular, pastors who preached with certitude and conviction. One woman remarked, “We attended a lot of different churches for different reasons before we became Christians. I tell you, so many of the preachers spoke with little authority; they hardly ever dealt with tough issues of Scripture, and they soft-sold the other issues. Frank and I know now that we were hungry for the truth. Why can’t preachers learn that shallow and superficial preaching doesn’t help anybody, including people like us who weren’t Christians?” When it comes to reaching outsiders, bold, deep, biblical preaching is not the problem. It’s part of the solution.

The next generation in our churches needs to be challenged too. In his book on the religious and spiritual lives of American teenagers, Christian Smith coined the phrase “Moralistic Therapeutic Deism” to describe the spirituality of American youth. They believe in being a good moral person. They believe religion should give you peace, happiness, and security. They believe God exists and made the world, but is not particularly involved in the day-to-day stuff of life. We are naïve if we think this is not the faith of some of the best and brightest in our churches, or even those reading this article!

Church people are not stupid. They are not incapable of learning. For the most part, they simply haven’t been taught. No one has challenged them to think a deep thought or read a difficult book. No one has asked them to articulate their faith in biblical and theological categories. We expect almost nothing out of our young people, so that’s what we get. A couple generations ago 20 year olds were getting married, starting a family, working at a real job or off somewhere fighting Nazis. Today 35 year olds are hanging out on Facebook, looking for direction, and trying to find themselves. We have been coddled when we should have been challenged.

Challenging the next generation with truth starts with honest self-examination. We must ask, “Do I know the plotline of the Bible? Do I know Christian theology? Do I read any serious Christian books? Do I know anything about justification, redemption, original sin, propitiation, and progressive sanctification? Do I really understand the gospel?” We cannot challenge others until we have first challenged ourselves. The “average” churchgoer must think more deeply about his faith. Many Christians need to realize, like I did one night in college when confronted with some of my own ignorance, that they don’t really know what they believe or why they believe it.

Kevin DeYoung is the Senior Pastor at University Reformed Church in East Lansing, Michigan. He is the co-author of Why We're Not Emergent (By Two Guys Who Should Be) and Why We Love the Church: In Praise of Institutions and Organized Religion.  You can read Kevin’s blog at http://thegospelcoalition.org/blogs/kevindeyoung.

How Important Is Good Theology?

Randy Alcorn answers the question, "How important is good theology?"
Invest in Eternity