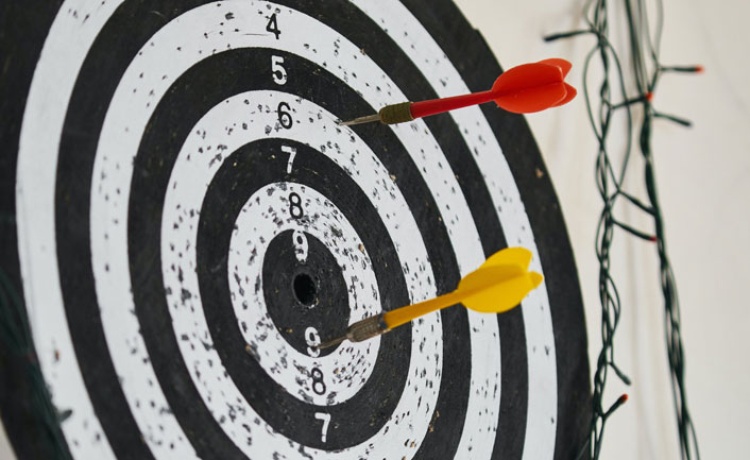 We are targeted for sexual immorality.

Some years ago there were weighty rumors about an international “hit list,” a calculated plan for paid assassins to murder strategic world leaders. A terrifying thought, isn’t it? Yet I’m convinced that the enemy, Satan, has maintained such a hit list throughout the millennia. And there’s every reason to believe that mature Christians are at the very top of his list.

If you have a ministry of any sort—public or private—as a teacher, preacher, leader, helper, or as any kind of salt and light in the world (Mt. 5:13-16)—then take heed: you are a targeted man, a marked woman. The forces of evil have taken out a contract on you. There is a price on your head sufficient to make any bounty hunter salivate. Satan is out to get you. Why? Because he wants to nullify your ministry. Because you bear on your shoulders the reputation of Christ. The enemy scores a strategic victory in his assault on that sacred reputation if you lose your battle against sexual temptation.

Our battle is not against flesh and blood, but against principalities and powers of darkness, against spiritual forces of evil in the invisible realm (Eph. 6:12). These desperately evil beings have vested interests in our moral collapse. They will do everything in their power to strike out at Christ and his church.

“Be self-controlled and alert. Your enemy the devil prowls around like a roaring lion looking for someone to devour” (1 Pet. 5:8).

We are vulnerable to sexual immorality.

All Christians are susceptible to sexual sin. The myth that we are morally invulnerable dies slowly, even in the face of overwhelming evidence. But there is not and never has been some mystical antibody that makes us immune to sexual sin.

“Pride goes before destruction, a haughty spirit before a fall” (Prov. 16:18). What level of pride is required to believe that sexual sin could overtake Lot, Samson, David (“a man after God’s own heart”), Solomon, the Corinthians, and many Christian leaders today, but not me? Paul’s warnings deserve a prominent place on our mirrors, dashboards, desktops, and computers: “But watch yourself, or you also may be tempted” (Gal. 6:1); “If you think you are standing firm, be careful that you don’t fall!” (1 Cor. 10:12).

We are fully responsible for our moral choices.

It’s often said that people “fall” into immorality. The expression is as revealing as it is faulty and dangerous. The very term fall betrays a victim mentality. It sounds as if we were walking down a street and someone tripped us or kicked our feet out from under us. It implies that moral collapse comes out of nowhere, that there is little or nothing we could have done to prevent what happened.

We do not fall into immorality. We walk into it. Indeed, sometimes we run headlong into it. We must realize from the beginning that immorality is a choice. It is not something that happens to people. It is something that people make happen.

We may do everything in our power to achieve physical health, and prevent getting cancer, yet we can still get cancer. But this is not true of immorality. If we depend on our Savior and take deliberate and ongoing steps to cultivate purity and avoid immorality, we can avoid it. It does not choose us. We choose it—or we choose to avoid it.

Excerpted from the Sexual Temptation booklet by Randy Alcorn.

Photo by engin akyurt on Unsplash.

What Is the Sexual Temptation Booklet?

video February 7, 2012
Randy Alcorn talks about his newly revised and updated booklet Sexual Temptation: Establishing Guardrails and Winning the Battle, and shares about the importance of creating boundaries to protect purity.

article March 8, 2010
Recommended resources on the topic of sexual purity.
Invest in Eternity