Can Science Fiction and Fantasy Books Be God-Honoring?

As an adult, I’m still a big science fiction fan (I went to a Star Trek convention and had a blast, but no, I wasn’t dressed like a Klingon). I believe science fiction is the result of mankind’s God-given sense of adventure, wonder, creativity, and imagination. It emerges from being made in God’s image.

Like everything else undertaken by sinful humans, science fiction is often riddled with false philosophies and assumptions that glorify mankind and ignore God. But this shouldn’t cause us to dismiss its glimpses of what an infinitely creative God might one day fashion across the broad expanse of the new heavens and the New Earth. (See the EPM website for more on the New Earth.) Is God’s imagination less than that of his image-bearers? Or is the height of human imagination at its best a reflection of the infinite creativity of the divine mind?

When we get excited reading Tolkien’s The Lord of the Rings trilogy or Lewis’s The Chronicles of Narnia, it’s not our sinfulness that arouses that excitement. It’s our God-given hunger for adventure, for new realms and new beings, for new beauties and new knowledge. God has given us a longing for new worlds.

Schaeffer always started with God’s revealed truth. But he exhorted us to let that truth fuel our imagination. Imagination should not fly away from the truth but fly upon the truth.

When I wrote my books Edge of Eternity and The Chasm, both otherworldly tales with an allegorical feel, I wanted to help readers understand that we best grasp the very world we live in when we see it through new eyes. My goal is to take the reader to another world. In that place, you can’t take for granted the things you take for granted here. In fact, in that other world, you are able to see things that are just as real in our own lives, but we lack the power to see them.

Fiction, including fantasy and science fiction, has that power—to let you see through fresh eyes because you are thinking differently. As a reader, sometimes getting far enough away from your life allows you to look back and see yourself for the first time. 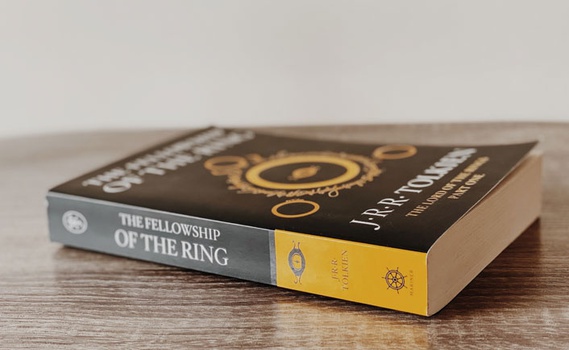 Why Do You Quote and Reference the Lord of the Rings in Your Heaven Book?

article July 13, 2022
Randy writes, “As a young Christian, I lost myself in the fiction of C. S. Lewis and J.R. R. Tolkien because they reflected a drama with eternal stakes. Though they were fiction, they were filled with far more truth than the world’s nonfiction.”

How Can Good Visionary Stories Point Us to the Gospel and the New Earth?

article September 12, 2011
Why do we love great stories? Because they are pictures of the greatest story. There hasn’t ever been a story yet with people living happily ever after, since people die. But one story will come out that way. It’s a true story, and you and I are part of it.
Invest in Eternity