Will We Find Books in Heaven? 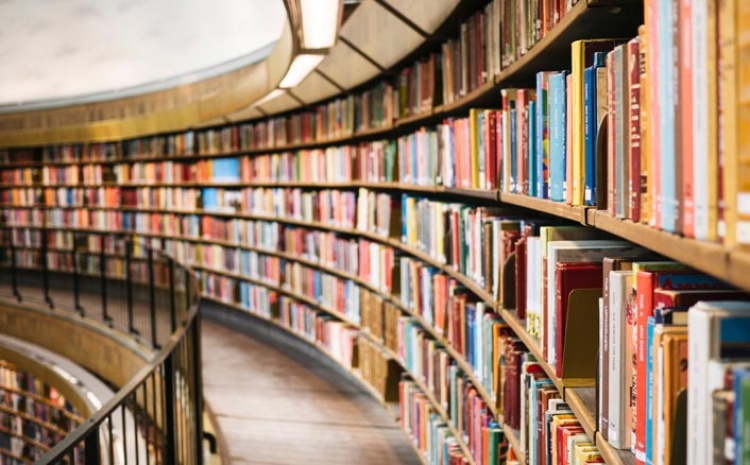 We know that sixty-six books, those that comprise the Bible, will be in Heaven—”Your Word, O Lord, is eternal; it stands firm in the heavens” (Psalm 119:89). Jesus said, “Heaven and earth will pass away, but my words will never pass away” (Matthew 24:35). Presumably, we will read, study, contemplate, and discuss God’s Word.

There are also other books in Heaven: “I saw the dead, great and small, standing before the throne, and books were opened. Another book was opened, which is the book of life. The dead were judged according to what they had done as recorded in the books” (Revelation 20:12).

What are these books? They appear to contain documentation of everything ever done by anyone on earth. To say the least, they must be extensive.

While some people take these books figuratively, to represent God’s omniscience, we should not assume these aren’t real books. It would have been easy to tell us “the all-knowing God judged everyone.”

Other passages describe a scroll in Heaven. Jesus opens a great scroll (Revelation 5:1, 5), and an angel holds a little scroll (Revelation 10:2). The psalm writer David said, “Record my lament; list my tears on your scroll—are they not in your record?” (Psalm 56:8). He asked that his tears be kept in Heaven’s permanent record.

Malachi 3:16-18 is a remarkable passage that tells us God documents the faithful deeds of his children on Earth: “Then those who feared the Lord talked with each other, and the Lord listened and heard. A scroll of remembrance was written in his presence concerning those who feared the Lord and honored his name. ‘They will be mine,’ says the Lord Almighty, ‘in the day when I make up my treasured possession. I will spare them, just as in compassion a man spares his son who serves him. And you will again see the distinction between the righteous and the wicked, between those who serve God and those who do not.’ “

God is proud of his people for fearing him and honoring his name, and he promises that all will see the differences between those who serve him and those who don’t. Those distinctions are preserved in this scroll in Heaven.

The king often had scribes record the deeds of his subjects so that he could remember and properly reward his subjects’ good deeds (Esther 6:1-11). While God needs no reminder, he makes a permanent record so that the entire universe will one day know his justification for rewarding the righteous and punishing the wicked.

There’s no hint that God will destroy any or all of the books and scrolls presently in Heaven. It’s likely that these records of the faithful works of God’s people on Earth will be periodically read throughout the ages.

The books contain detailed historical records of all of our lives on this earth. Each of us is part of these records. Obscure events, words heard by only a handful of people will be known. Your acts of faithfulness and kindness that no one else knows are well-known by God. He is documenting them in his books. He will reward you for them in Heaven.

God is watching. He is keeping track. In Heaven he’ll reward us for our acts of faithfulness to him, right down to every cup of cold water we’ve given to the needy in his name (Mark 9:41). And he’s making a permanent record in Heaven’s books.

Will There Be Other Books besides God’s?

I believe that on the New Earth, we’ll also read books, new and old, written by people. Because we’ll have strong intellects, great curiosity, and unlimited time, it’s likely that books will have a greater role in our lives in Heaven than they do now. The libraries of the New Earth, I imagine, will be fantastic.

We’ll have no lack of resources to study and understand. I once helped a young friend search for her biological mother, going through old court records, looking for just the right clue. We finally found it. I had the privilege of introducing them to each other. It was a taste of Heaven—where not all reunions will happen all at once, I imagine, but as eternity unfolds.

Will we search for information and do research on the New Earth? Why not?

Unlike the histories we read on Earth, Heaven’s books will be objective and accurate. No exaggeration or overstatement, no spinning to make certain people look better and others worse. We will be able to handle the failings of our ancestors, just as they’ll have the right perspective on ours.

Every biblical genealogy is a testimony to God’s interest in history, heritage, and the unfolding of events on Earth. Will God lose interest in Earth? Will we? No. The New Earth’s history includes that of the old Earth. But a new history will be built and recorded, a new civilization, wondrous beyond imagination. And we who know the King will all be part of it.

Books are part of culture. I expect many new books, great books, will be written on the New Earth. But I also believe that some books will endure from the old Earth. Any book that contains falsehood and dishonors God will have no place in Heaven. But what about great books, nonfiction and fiction? Will we find A. W. Tozer’s The Knowledge of the Holy, J. I. Packer’s Knowing God, John Piper’s Desiring God, John Bunyan’s Pilgrim's Progress, and Charles Sheldon’s In His Steps on the New Earth? I’ll be amazed if we don’t find them there, just as I’ll be amazed if no one sings John Newton’s “Amazing Grace” in Heaven.

Perhaps those of us who are writers will go back to some of our published works and rewrite them in light of the perspective we’ll gain. Maybe we’ll look at our other books and realize they’re no longer important—and some of them never were. The New Earth, I think, will confirm many things I’ve written in this book. It will completely dismantle others. “What was I thinking?” I’ll ask myself. (If I knew which parts those were right now, I’d cut them out!) And I’ll marvel at how much better the New Earth is than I ever imagined.

Will What Was Written on Earth Survive?

On the New Earth, will you see once more the letter of encouragement you wrote to your teenage son? Or the letter you wrote sharing Christ with your father? Or the life-changing words you jotted on a student’s paper? Many such things written in this life may prove more important than books.

Some old books may be republished in the New Jerusalem. Or if God desires, he could preserve the original or printed copies from this earth. I wonder if John Wycliffe himself will hold again his Bible manuscripts. Will Harriet Beecher Stowe see again her pages of Uncle Tom’s Cabin? Will Tolkien’s The Lord of the Rings endure the fire? Will we read again a version of C. S. Lewis’s Mere Christianity or The Chronicles of Narnia?

Will God preserve some books from our present lives? Will they be kept on the New Earth in museums and libraries? Will the God who resurrects people and animals and stars and rivers and trees also resurrect certain personal possessions, including books, which are first burned, then restored? C. S. Lewis portrayed it this way:

My friend said, “I don’t see why there shouldn’t be books in Heaven. But you will find that your library in Heaven contains only some of the books you had on earth.” “Which?” I asked. “The ones you gave away or lent.” “I hope the lent ones won’t still have all the borrowers’ dirty thumb marks,” said I. “Oh yes they will,” said he. “But just as the wounds of the martyrs will have turned into beauties, so you will find that the thumb-marks have turned into beautiful illuminated capitals or exquisite marginal woodcuts.”xvii

Photo by Susan Yin on Unsplash 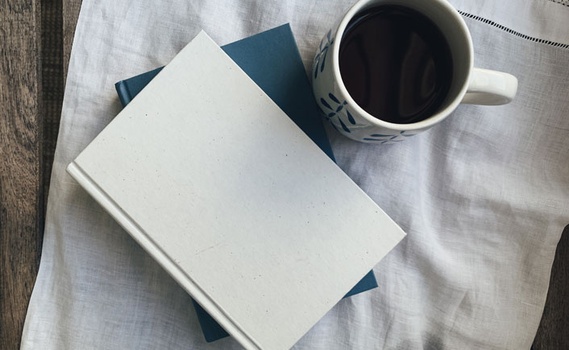 article August 31, 2011
When I was researching Heaven, I read 150 volumes on the subject, many long out-of-print. Since the book came out I’ve read a dozen more.

Is There a Library in Heaven?

video June 28, 2013
Randy Alcorn answers this question from a student. This video clip was excerpted from Randy's Eternity 101 DVD class.

article September 12, 2011
Some Christians view fiction as the opposite of truth. But sometimes it opens eyes to the truth more effectively than nonfiction.
Invest in Eternity