Can an Unbeliever Please God?

Romans 8:8 says, “Those who are in the flesh cannot please God.”

But because Acts 10 and Romans 2:12-16 seem to say unbelievers can make right choices, and even that those right choices, in Cornelius’s case (Acts 10:1-4), can please God, this means Romans 8:8 and similar passages are not all we have.

It would certainly be wrong to understand Acts 10 and Romans 2 in ways that contradict Romans 8:8, but the opposite is equally true. There is a place for common sense based on what we know? Does a man who cares for his child and sacrifices his welfare to help that child honor God? Or, because he is unregenerate, is his motive 100% selfish and evil, making his apparently righteous act a despicable sin, something God hates?

For instance, over the ages many an unbeliever has been tempted to commit adultery, but upon remembering his marriage vows and his commitment to his wife and children or his moral instruction or the conviction of his conscience, has turned away and said no to the temptation. Now, of course, he could end up proud of his virtue and take all credit for it and not recognize God, and that would be evil. But would this nullify the goodness of his decision? While evil can enter the equation given the fallen human heart, is there not goodness in obeying the conscience, God’s law written on his heart, and does this not connect with what’s said in Romans 2?

Take a nonbeliever who nearly ruined his family and lost his wife and children due to his alcoholism or drug addiction, then goes the rest of his life abstaining from alcohol and drugs, and rebuilds his relationships.

When these men do this, are they under the control of the sinful nature? Or does the common grace of God, or the God-given gift of conscience, or the residual benefit of being created in God’s image, influence their decision so that God is pleased with their decision that He has empowered even without regeneration and the indwelling Holy Spirit? Could He be as pleased about that, as the source of the goodness the man does, as He is pleased through the rising and setting of the sun that does what it was made to do? While God hasn’t granted the unregenerate the transformational power of Christ in terms of His indwelling Spirit, God has given him the gifts of time, opportunity, wisdom, discipline, and meaningful choice, and the common grace to make the good choice and even stick with it.

Cornelius is believed by some to be already regenerate because they look at the passage through the lens of Romans 8:8, but it seems like the context suggests otherwise, in terms of the response to Peter’s gospel message and the work of the Holy Spirit. Even Calvin in The Institutes believed Cornelius was unregenerate and says it was God who did the goodness in him. Well, if God can do goodness in one unregenerate man surely He can do it in others. And it is no stretch to say God is pleased by what He does. So that seems to provide an important asterisk to put by Romans 8:8, just as Romans 8:8 is a great asterisk to put on Acts 10.

Fallen man is, to an extent, like the fallen earth. God hates the death that permeates creation. But does He not still take joy in the otter that swims or the flowers that grow or the snow on the mountains? Does He not take pleasure in great music even though it is composed and performed by sinners? The psalms that celebrate creation celebrate a fallen creation, and fallen human beings are part of that. To say there is still some good in fallen animals and vegetation (and food and drink) suggests we can and should recognize that some good and capacity for good resides in fallen people. Certainly our experience confirms this, and some Scriptures clearly suggest it.

Finally, here’s an excerpt from If God Is Good:

Having sin natures doesn’t mean we are as evil as we could possibly be or that all people do equal amounts of evil.

“There is not a righteous man on earth who does what is right and never sins” (Ecclesiastes 7:20). This passage affirms that a man can’t always do right, not that he can never do right.

Jesus said that some will bear Judgment Day better than others (see Matthew 11:20–24). Why? Because some have sinned less than others. He said some will be punished more severely than others (see Luke 12:47–48). Do some unsaved humans commit less evil than Hitler, Stalin, Mao, or Pol Pot? Yes. Paul wrote, “Evil men and impostors will go from bad to worse” (2 Timothy 3:13). If evil men can go from bad to worse, then obviously they can be bad without being as bad as possible.

Jesus made clear in the Sermon on the Mount that we can do the right thing with the wrong motives and thereby be evildoers. But clearly an unbeliever can do some things from better or worse motives.

Despite our bondage to sin and our inability to earn God’s favor, human beings can make some good choices.

The credit for anyone’s good attitude or action ultimately goes to the good God who creates people “made in God’s likeness” (James 3:9). We might call the goodness in human beings a residual goodness, a marred form of the goodness of the pre-fallen state. If we retain a likeness to a good God, even as sinners, might that imply the capacity for some goodness?

In the case of believers, he graciously empowers us by his Holy Spirit to act in accordance with the righteous nature granted us in Christ (see 1 Corinthians 15:10). This accounts for some of the startling acts of goodness done by Christians throughout the ages, sacrificing their lives not only in martyrdom, but decade after decade cheerfully helping desperately needy people.

But does the Holy Spirit’s supernatural empowerment to do good in believers mean that only Christians can do good? I don’t think so.

People rescue others at great risk. A pedestrian jumps in front of a car to save a child, forfeiting his own life. A soldier falls on a grenade to save his comrades.

On the one hand, I agree with J. I. Packer, who approvingly describes the Puritans as teaching that “our best works are shot through with sin, and contain something that needs to be forgiven.” [1]

If that’s true of those indwelt by God’s Spirit, obviously it’s true of unbelievers. Yes, sinners are routinely tarnished by evil motives, stemming from pride and self-congratulation and a desire to please others rather than God. However, it seems doubtful that the man who throws himself on the grenade does it only because he hopes he’ll be lauded as a hero. He can die a sinner, yet when he chooses to sacrifice his life to save others, I think God approves his action.

Of course, an unbeliever’s good deeds don’t win him a place in Heaven. Nonetheless, Paul says unbelievers “who do not have the law, do by nature things required by the law,... since they show that the requirements of the law are written on their hearts, their consciences also bearing witness, and their thoughts now accusing, now even defending them” (Romans 2:14–15). This seems to confirm that sinners can heed a God-given conscience and sometimes do good.

The biblical teaching of common grace helps us understand how God infuses goodness into a fallen world.

Common grace is God’s means by which he gives people innumerable blessings that are not a part of salvation. Not every person experiences saving grace, but all people—without exception, even unrepentant sinners—daily experience common grace. Even fallen humanity enjoys a residual goodness in a world that God still oversees and holds together (see Colossians 1:17).

Jesus said God causes his sun to rise on the evil and the good—which must mean some people are good in some sense (see Matthew 5:45). He declared, “Let your light shine before men, that they may see your good deeds and praise your Father in heaven” (verse 16). People can do good deeds. The master calls his servant “good and faithful” (Matthew 25:21). Joseph of Arimathea was a “good and upright man” (Luke 23:50).

If humanity lacked all goodness, the human race could not survive.

Drivers would disobey every traffic signal, all police would become utterly corrupt, every pedestrian would be robbed, every house plundered. Murder, rape, and other cruel acts would reign. No driver would nod to let a man cross the street, except to run him down. The poor and disabled would face extinction. Just laws would not exist. All parents would abandon their children to the streets.

In such a world, no “problem of evil” would exist. It would not occur to us to question God’s goodness in allowing evil and suffering, unless we had some capacity to understand what goodness really is.

We should be profoundly grateful for God’s restraint of evil, his delay of judgment, and his gift of goodness in this fallen world. 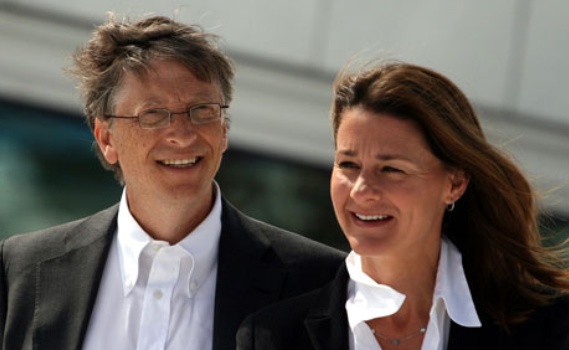 article March 3, 2009
A few years ago, my wife Nanci showed me an article she had found in her Family Circle magazine. The article was titled "What You Pass On." It was written by author Stephen King. He's not a writer known for his theological insights, but what he wrote echoes the wisdom of Ecclesiastes 5:15 in his assessment of the futility of materialism. 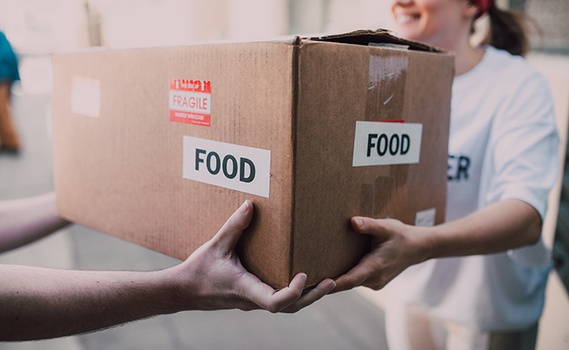 Will a Believer Be Rewarded for the Good Things They Did Before the Day of Their Salvation?

article February 13, 2019
I've read Randy’s book Managing God's Money, and it's awesome. I have a question: if a sinner does good deeds for years, like giving to the poor, then gets saved but dies a month later, will God reward him only for the good deeds done that one month he was a Christian? Or God will reward that person for all the good deeds in his lifetime, even before he became a Christian? 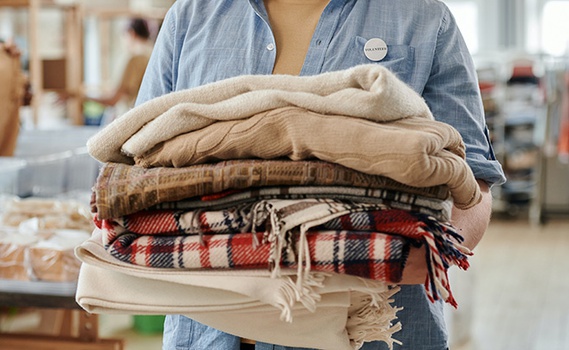 article March 14, 2017
What if we serve the poor and do many good deeds before we receive the gift of salvation, and then receive Christ in the hospital a day before death? Will God reward people for works done for the right reasons even though they didn’t yet know Christ?
Invest in Eternity