What To Do If You Wake Up Feeling Fragile

There are mornings when I wake up feeling fragile. Vulnerable. It’s often vague. No single threat. No one weakness. Just an amorphous sense that something is going to go wrong and I will be responsible. It’s usually after a lot of criticism. Lots of expectations that have deadlines and that seem too big and too many. 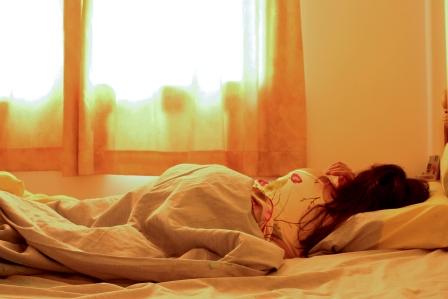 As I look back over about 50 years of such periodic mornings, I am amazed how the Lord Jesus has preserved my life. And my ministry. The temptation to run away from the stress has never won out — not yet anyway. This is amazing. I worship him for it.

How has he done this? By desperate prayer and particular promises. I agree with Spurgeon: I love the “I wills” and the “I shalls” of God.

Instead of letting me sink into a paralysis of fear, or run to a mirage of greener grass, he has awakened a cry for help and then answered with a concrete promise.

Here’s an example. This is recent. I woke up feeling emotionally fragile. Weak. Vulnerable. I prayed: “Lord help me. I’m not even sure how to pray.”

An hour later I was reading in Zechariah, seeking the help I had cried out for. It came. The prophet heard great news from an angel about Jerusalem:

Jerusalem shall be inhabited as villages without walls, because of the multitude of people and livestock in it. And I will be to her a wall of fire all around, declares the Lord, and I will be the glory in her midst. (Zechariah 2:4–5)

But walls are necessary! They are the security against lawless hordes and enemy armies. Villages are fragile, weak, vulnerable. Prosperity is nice, but what about protection?

And it gets better. Inside that fiery wall of protection he says, “And I will be the glory in her midst.” God is never content to give us the protection of his fire; he will give us the pleasure of his presence.

This has been my deliverance every time since I was first marking my King James Bible at age 15. God has rescued me with cries for help and concrete promises. This time he said: “I will be to her a wall of fire all around, and I will be the glory in her midst.”

Cry out to him. Then ransack the Bible for his appointed promise. We are fragile. But he is not. •

This article appeared in the Summer 2012 issue of EPM's quarterly magazine Eternal Perspectives. 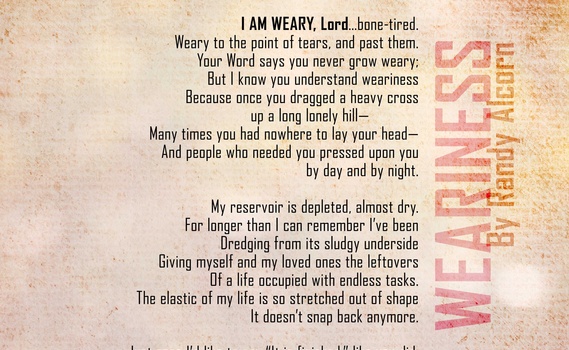 A Prayer of Weariness

article December 22, 2010
I AM WEARY, Lord… bone tired.
Weary to the point of tears, and past them.
Your Word says you never grow weary;
But I know you understand weariness...

How to Pray in the Midst of Crisis

article September 14, 2001
How do you pray in the midst of crisis? More than any other portion of Scripture, Psalms shows us how. Beginning with Psalm 3, and over and over again until Psalm 149, we find the psalmist crying out to the Lord in various dire circumstances.
Invest in Eternity