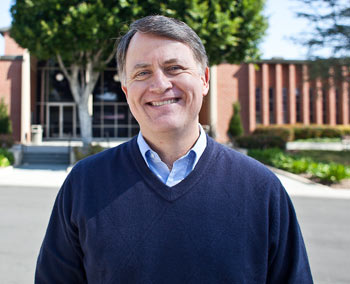 For best-selling author and Eternal Perspective Ministries founder and director Randy Alcorn, biblical stewardship is more than a conviction—it is a daily practice. During his four-day visit from Feb. 28 to March 2, Alcorn spoke at four chapels and supported Biola’s Honduras Water Project by donating copies of his book, Managing God’s Money, to support their fundraising efforts. Alcorn also sat down with The Chimes to discuss his personal ventures into biblical stewardship and what he calls the “adventure of the Christian life.”

When were your eyes opened to the need for a greater understanding and practice of biblical stewardship? Was there a particular experience you had?

I read a book called Tortured for Christ by Richard Wurmbrand. He was a Romanian pastor who was a follower of Jesus and, as the title says, tortured for his faith in Christ. I also read a book by Brother Andrew called God’s Smuggler. I read these different books of courageous people serving Christ and then found out in the material in the back that they have ministries [and] you could give to support those ministries.

I had a summer job working in cutting broccoli and cauliflower and different things out in the field. I took the money that I made from those things and my heart was so moved that I sent it off to these various ministries.

Jesus said, “Where your treasure is, there your heart will be also.” That’s when my heart moved over to the kingdom of God and the things of God. Now, my heart was moved [in such a way] that I put my treasure where my heart had already started to go. But then, my treasure being in that place drew my heart deeper into it — the more I gave the more I wanted to give. So it became a huge part of me.

How has your understanding of biblical stewardship influenced the way you live personally?

I think it has affected my view of purchasing things. … I do face daily the fact that I spend money on things. And not just my money, but our ministry’s money.

When you know that at the end of your life [that] the one person that you are going to give an account of your life to is the owner of all things, then it sort of simplifies everything. He who is faithful in a little, he who is trustworthy with a little will be put over much. If you’re dishonest with a little, you’ll be dishonest over much. That’s exactly what Jesus said in the stewardship parables. So I take that very seriously.

In Wednesday’s chapel, you shared the sense of satisfaction that can be gained from knowing that the Lord has used you to bless someone. Is there an experience or memory you have in particular that illustrates the biblical truth that it is more blessed to give than to receive? 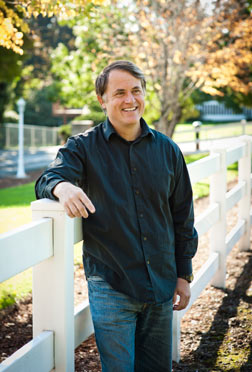 There are many, but here’s one. When our children were small, a large amount of money came to me that was not from royalties. We had committed the royalties from my books to be given away. But this was a surprise. So we sat down with our children and we said, ‘Kids, this is enough money to pay for the whole family to fly to Hawaii, to stay in a nice hotel for two weeks, and this money would pay for all of it. But here are some other things we could do with it. We could also take that money and feed hungry people through a specific project. We could give the gospel to people who have never heard about Jesus in another part of the world.

I presented options to the family and when the kids heard what could be done with that money, they said, ‘Of course, let’s do this.’ We made this decision together as a family. And it’s so touching to see this coming from the hearts of our children.

If we had gone to Hawaii, we would have had a blast. But I am telling you that the joy in the hearts of those children was greater and more abiding than the trip to Hawaii.

What advice can you give to Biola students who desire to give of themselves and manage their resources effectively as good stewards, regardless of how large or small those resources are?

I think the first thing more than anything is to saturate your brain with the biblical reality—meditate on the passages [of Scripture]—that affirms God’s ownership. This is where it gets practical. Look in your dorm room, look in your bank account—it all belongs to God. This isn’t just a nice, cutesy spiritual thing we say. It’s reality.

This is the adventure of the Christian life, when you say, ‘Everything belongs to God. All I have belongs to him. My time belongs to him.’ So, I’m constantly saying, ‘God, what do you want me to do with what is yours so when I stand before you, you will say ‘well done’?’

And that’s a life changing perspective and it makes the Christian life exciting. 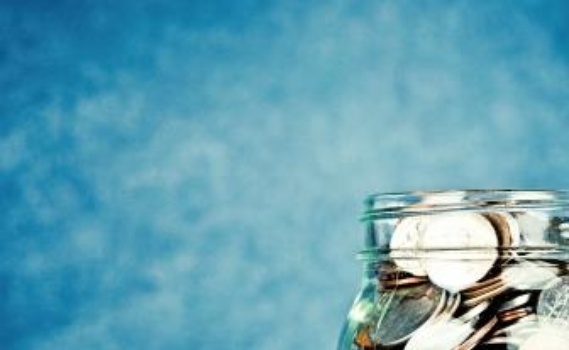 video July 3, 2013
This parable shows that we all have a term of service to God in this world and that term of service will come to an end. But how will our financial stewardship here affect our life in the Millennium and beyond? Randy Alcorn answers this question from the parable. This video clip was excerpted from Randy's Eternity 101 DVD class.