“Can you give some examples?” I asked. 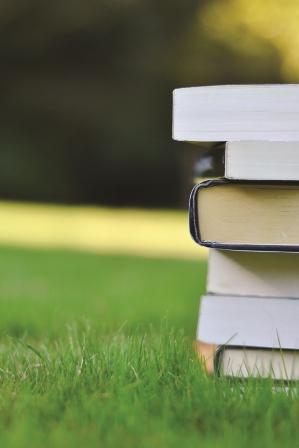 He couldn’t. Not one. He’d read his last Christian novel over twenty years ago. I politely suggested that he may not be in the best position to say what it’s currently like.

I’ve heard the same stereotypes about Christian fiction repeated countless times. Yes, I read secular fiction. But I like novels with a Christian worldview. I enjoy the absence of explicit sex and extreme profanity, but it’s not just what Christian fiction lacks that I appreciate—it’s what it offers.

I’m part of an online group of 263 Christian novelists that started in 1999 with fifteen of us. I’ve witnessed firsthand these writers’ dedication to improving their craft. Many current Christian novels are not only well-crafted, but artfully integrate spiritual themes.

Sure, you run into cookie-cutter stories with limp language, just as with secular novels. No more, no less. Every writer has a worldview, and preachiness isn’t unique to Christians—consider the novels of Carl Sagan and Dan Brown. Even Stephen King, a master wordsmith, periodically gets on a soapbox. But does anyone claim all secular fiction is “predictable, preachy and poorly written” just because some of it is?

I read Francine River’s Atonement Child fifteen years ago and have never forgotten its story of rape and a child conceived. Karen Kingsbury’s One Tuesday Morning, set in the weeks surrounding September 11, 2001, pulled me in, then totally surprised me with a credible twist.

As a brand new Christian in the 1970’s I consumed C.S. Lewis’s Narnia novels as well as the novels of J. R. R. Tolkien and Madeleine L’Engle. Later I discovered G.K. Chesterton and Dorothy Sayers. I read and reread Calvin Miller’s The Singer Trilogy.

As for novels written within the last twenty years, Byzantium by Stephen Lawhead is a hauntingly beautiful epic. Lisa Bergren’s medieval mystery The Begotten transported me to another time and place. One of the most unforgettable characters I’ve encountered is Sema, a gorilla in Angela Hunt’s Unspoken.

Suspense? Read Over the Edge by Brandilyn Collins, with an opening that grabs you by the throat.

If you like literary fiction, get Athol Dickson’s The Opposite of Art. If you read The Shack, try James Rubart’s Rooms, equally creative but with better theology.

Fantasy? I started Jill Williamson’s By Darkness Hid, and before I knew it hours had flown by. (The publisher, Marcher Lord Press, produces nothing but Christian speculative fiction.)

Biblical fiction? Try Walter Wangerin’s Jesus or Paul. Wangerin is a student of Bible lands and customs, so the setting and characters pulsate.

Can’t imagine Amish fiction being interesting? That’s what I thought before reading Beverly Lewis’s The Shunning.

I listened to the enthralling audio versions of Wendell Berry’s Jayber Crow and Hannah Coulter. There’s nothing like a great novel read by a skilled voice actor—and you can listen while driving, exercising or sitting in the dark.

If you’ve stayed away from Christian novels because you’ve heard them disparaged by others, why not find out for yourself? Read a variety of genres and writers. Likely you’ll discover compelling stories and new favorite authors.

And whatever your opinion, it will be current, firsthand and informed.

A version of this article appeared in the June 29, 2012 issue of World Magazine.

article September 12, 2011
Some Christians view fiction as the opposite of truth. But sometimes it opens eyes to the truth more effectively than nonfiction.

When It Comes to Christian Fiction, What Approach Do You Feel Is Best: the More Literal Style of C.S. Lewis or the More Vague Style of J.R.R. Tolkien?

article April 13, 2011
I like both Lewis and Tolkien, but I do think that the more explicit approach—if not over the top—is more effective in terms of touching people with the gospel.
Invest in Eternity