Will Unbelievers Be Annihilated? 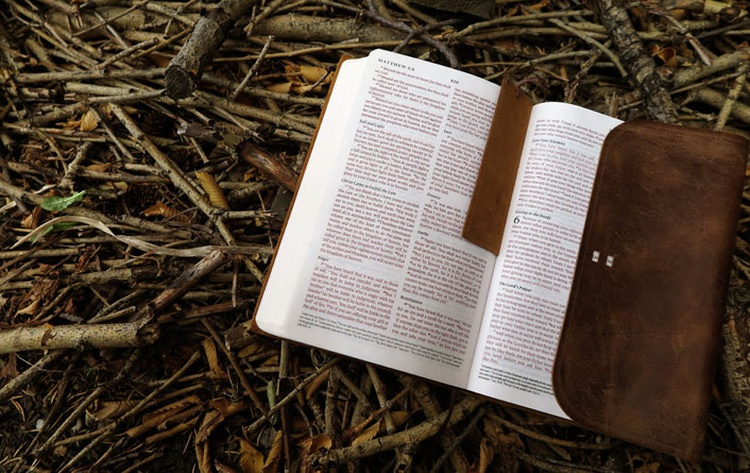 This is an excerpt from Randy’s book If God Is Good, Chapter 29: Hell: Eternal Sovereign Justice Exacted upon Evildoers.

The Bible teaches Hell is a place of eternal punishment, not annihilation.

Despite the clarity of Matthew 25:46, even some evangelical Christians have affirmed that upon dying, or at the final judgment, those without Christ will cease to exist. Clark Pinnock writes, “It’s time for evangelicals to come out and say that the biblical and morally appropriate doctrine of Hell is annihilation, not everlasting torment.”[1] Pinnock makes a revealing statement:

I was led to question the traditional belief in everlasting conscious torment because of moral revulsion and broader theological considerations, not first of all on scriptural grounds. It just does not make any sense to say that a God of love will torture people forever for sins done in the context of a finite life.[2]

Note that Pinnock admits he reached his conclusions about annihilation “not first of all on scriptural grounds.” John Stott wrote about eternal conscious torment, “Emotionally, I find the concept intolerable and do not understand how people can live with it without either cauterizing their feelings or cracking under the strain.... Scripture points in the direction of annihilation.”[3]

But would John Stott, whom I greatly respect and who is an advocate of the inspiration and authority of Scripture, have ever said Scripture points toward annihilation if it were not for the emotional strain put upon him by the passages that clearly appear to teach everlasting punishment?

Revelation 20:10 says not only that Satan, but also the beast and the false prophet, “will be tormented for ever and ever.” Revelation 19:20 shows the beast and false prophet are humans, put in Hell a thousand years earlier. Hence, we at least know that Hell for humans cannot mean immediate annihilation at death.

The most graphic New Testament statement of the eternal suffering of the unrepentant says simply, “The smoke of their torment goes up for ever and ever,and they have no rest, day or night” (Revelation 14:11). It’s hard to imagine a more emphatic affirmation of eternal punishment.

If we are going to discard the doctrine of eternal punishment because it feels profoundly unpleasant to us, then it seems fair to ask what other biblical teachings we will also reject, because they too don’t square with what we feel. And if we do this, are we not replacing the authority of Scripture with the authority of our feelings, or our limited understanding?

Annihilation makes no sense in light of Revelation 20.

One popular annihilationist position maintains that unbelievers cease to exist when they die. But if they no longer exist, then how can they be raised to stand at the Great White Throne Judgment of Revelation 20? Would God re-create them to stand before him in judgment? After this judgment, Revelation 20 says they will be cast into the lake of fire. Would this be a second annihilation?

Another view states that unbelievers are destroyed not at death, but sometime later. They suffer some punishment appropriate to their offenses (as the rich man experiences in Luke 16), some shorter and some longer, then are snuffed out of existence.

But as we’ve seen, two human beings, the antichrist and the false prophet, will be thrown into the lake of fire after a thousand years of suffering. If it is wrong for punishment to last forever, wouldn’t it seem wrong to last over a thousand years? If there’s an eventual end to people’s suffering in Hell, where is that indicated in Scripture? Why Christ’s emphasis on “eternal punishment” and fire that isn’t quenched and a worm that doesn’t die?

People believe in annihilation because it doesn’t seem nearly so bad as eternity in Hell. The rich man of Luke 16 does not cease to exist when he dies. But will he one day cease to exist? If so, when he begs for relief, wouldn’t we expect Abra­ham to say, “When your sins are paid for, then you will no longer suffer”? But Abraham offers him no hope for relief.

Annihilation is an attractive teaching compared to the alternative—I would gladly embrace it, were it taught in Scripture. But though I’ve tried, I just can’t find it there.

Annihilation would not satisfy God’s justice and solve the problem of evil.

Do you believe that Stalin, Pol Pot, and Idi Amin got their just punishment in this life? Do you think the life imprisonment of Charles Manson—in which he receives food, clothes, reading material, television privileges, and protection from other inmates—supplies full justice for his arrogant, unrepentant slaughter of innocent human beings? Would eternal nonexistence be a just punishment for such men? In what sense does an annihilated person, who by definition experiences nothing, experience any punishment at all?

Can you imagine God saying to Hitler, Stalin, and Mao at the final judgment, “For all your evil rebellion against me and your unspeakable crimes against humanity, your punishment is to no longer be conscious”? The “pain” of nonexistence is no pain at all. To cease to exist is to not be held accountable for sin. How could God satisfy his justice if he responded to despicable sins against himself and humanity by merely flicking a switch into nothingness?

Annihilation is no solution to the injustice of evil and suffering. If it were true, annihilation might itself raise a serious moral problem, for it suggests that our sins are not so grievous and the consequences for committing them are painless, or at worst exist only for a limited time.

If, as the Bible teaches, Christ’s redemptive work is so magnificent that it delivers us from an eternal Hell, then it should elicit maximum worship from us. But if it delivers us only from nonexistence—which is exactly the end atheists, naturalists, and materialists believe in—then we may feel grateful to God for what we are rescued to, Heaven, but not so grateful for what he rescued us from, mere nonexistence.

Although the doctrine of annihilation continues to gain ground among believers, Christians must realize that embracing this doctrine minimizes, or worse, eliminates altogether the horrors of Hell. This doctrine in its most popular form merely confirms what most unbelievers already think, that their lives will end at death, and therefore there’s nothing to be concerned about. In contrast, the Bible speaks of an eternal Hell as something that should motivate unbelievers to turn to God, and motivate believers to share the gospel with urgency.

Our present suffering warns against the suffering of Hell; for unbelievers, the fear of Hell serves as a merciful call to repentance.

Suffering can help the Heaven-bound fall out of love with this life and live in light of the coming one. The sufferings of the present give us a bittersweet reminder of the horrors from which God has delivered us.

For the Hell-bound, suffering can serve as a frightening foretaste of Hell. Suffering reminds us of our imminent death, the wages for our sin. In our suffering we should look at our own evils and failures and beg God for mercy.

Spurgeon said, “If sinners will be damned, at least let them leap to hell over our bodies; and if they will perish, let them perish with our arms about their knees, imploring them to stay....If hell must be filled, at least let it be filled in the teeth of our exertions, and let not one go there unwarned or unprayed for.”[4]

This is an excerpt from Randy’s book If God is Good, Chapter 29: Hell: Eternal Sovereign Justice Exacted upon Evildoers.For more information, see  If God is Good.

Photo by Kevin Derksen on Unsplash 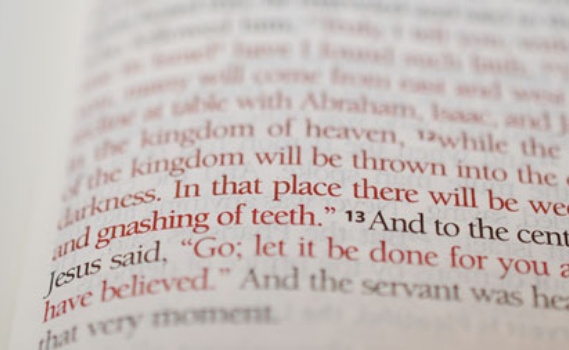 video June 17, 2013
These days you’ll often hear people say something like, “Instead of condemning people and threatening them with Hell, we should be like Jesus and love them.”

video May 29, 2013
Randy Alcorn talks about the parable of the weeds and good seed and whether this parable supports annihilation or eternal punishment. This video clip was excerpted from Randy's Eternity 101 DVD class.