Hell: The Most Unpopular Subject in the World (and Sometimes in the Church)

The evil of rebellion against God entered the universe through Satan, who dreamed of autonomy and of exalting himself above God. He sinned by desiring more power than God had given him.

Satan’s objective is evil and suffering—exactly what the Messiah came ultimately to defeat. From the beginning, God planned that his Son should deal the death blow to Satan, evil, and suffering—reversing the Curse triggered by Adam and Eve’s sin, redeeming a fallen humanity, and repairing a broken world.

We might think that a good and all-powerful God should disarm every shooter and prevent every drunk driver from crashing. But if He did, this would not be a real world in which people make consequential choices. It would be a world where people were happy to do evil as well as put up with evil, feeling no incentive to turn to God or to consider the gospel or to prepare for eternity. They would live with no sense of need—and then die, only to find themselves in Hell. Short-term suffering serves as a warning and a foretaste of eternal suffering. Without a taste of Hell, we would neither see its horrors nor feel motivated to do everything possible to avoid it.

Heaven and Hell represent God’s eternal two-part solution to the problem of the righteous presently suffering and the wicked presently prospering.

In the Bible, Jesus spoke more about Hell than anyone else did. He couldn’t have painted a bleaker picture.

Jesus referred to Hell as a real place and described it in graphic terms (see Matthew 10:28; 13:40–42; Mark 9:43–48). He spoke of a fire that burns but doesn’t consume, an undying worm that eats away at the damned, and a lonely and foreboding darkness. Christ says the unsaved “will be thrown outside, into the darkness, where there will be weeping and gnashing of teeth” (Matthew 8:12). Jesus taught that an unbridgeable chasm separates the wicked in Hell from the righteous in paradise. The wicked suffer terribly, remain conscious, retain their desires and memories, long for relief, cannot find comfort, cannot leave their torment, and have no hope (see Luke 16: 19–31).

Jesus’ words tell us plainly that Hell is a place of eternal punishment—not annihilation. Annihilation is an attractive teaching compared to the alternative—I would gladly embrace it, were it taught in Scripture.

On the contrary, Jesus said, “Then they will go away to eternal punishment, but the righteous to eternal life” (Matthew 25:46). Here in the same sentence, Christ uses the word “eternal” (aionos) to describe the duration of both Heaven and Hell. Thus, according to our Lord, if some will consciously experience Heaven forever, then some must consciously experience Hell forever.

Since Jesus taught the reality of eternal Hell, who are we to think ourselves too loving to believe there is such a place? Do we think we are more loving than Jesus? Do we think we should trust ourselves or our culture rather than Him?

Sometimes we cry out for true and lasting justice, then fault God for taking evil too seriously by administering eternal punishment. But we can’t have it both ways. To argue against Hell is to argue against justice.

When speaking of what a terrible notion Hell is, people talk as if it involves the suffering of innocent people. That would indeed be unjust—but the Bible nowhere suggests that the innocent will spend a single moment in Hell!

Even if we acknowledge Hell as a necessary and just punishment for evildoers, however, we rarely see ourselves as worthy of Hell. After all, we are not ruthless dictators or serial killers or raging terrorists. Yet we are utterly unqualified to assess how sinful we are. “There is no one righteous, not even one” (Romans 3:10). We’ve never been anything other than sinful. If not for the testimony of God’s Word, as well as the conscience God has put in his image-bearers, we might have no clue of our sinfulness. Guilty people can always rationalize sin, but Hell exists because sin has no excuse.

Hell is morally good. Why? Because a good God must punish evil. That sounds like nonsense to Hell-hating moderns, but it makes perfect sense once we recognize and hate evil for what it is: an egregious offense against an absolutely righteous Creator.

If eternal Hell seems disproportionate punishment, it is precisely because we have no sense of proportion about what it means to sin against an infinitely holy being.

If we better understood both God’s nature and our own, we would not feel shocked that some people go to Hell. (Where else could sinners go?) Rather, we would feel shocked—as perhaps the angels do—that any fallen human would be permitted into Heaven.

We may pride ourselves in thinking we’re too loving to believe in Hell. But in saying this, we blaspheme, for we claim to be more loving than Jesus—more loving than the One who with outrageous love took upon himself the full penalty for our sin.

Our culture considers Heaven the default destination. (When did you last attend a funeral in which a speaker pictured the departed in Hell?) But since “all have sinned and fall short of the glory of God” (Romans 3:23) and “without holiness no one will see the Lord” (Hebrews 12:14), none of us will enter the presence of an infinitely holy God unless something in us radically changes. Until our sin problem gets resolved, Hell will remain our default destination. And that sin problem can be resolved only through faith in Christ. Only then will we find the doorway opened into Heaven.

Here’s a summary of what God calls the gospel or “the good news”:

Sin has terrible consequences, but God has provided a solution: “The wages of sin is death, but the gift of God is eternal life in Christ Jesus our Lord” (Romans 6:23).

How many routes can take us to the Father in Heaven? Peter declared, “Salvation is found in no one else [but Jesus], for there is no other name under heaven given to men by which we must be saved” (Acts 4:12). Jesus said, “I am the way and the truth and the life. No one comes to the Father except through me” (John 14:6). That’s an exclusive statement, but Jesus made it. Do you believe him?

No Christian has the right to claim on his own authority that Jesus is the only way to God. It is Jesus himself who claimed this. He was either right or wrong. I can trust in myself and think “well, I wouldn’t send anybody to hell for eternity” and “I wouldn’t make just one way people can come to God.” But my opinion doesn’t matter, since I’m not God! If Jesus was and is God, we had better trust what he said, not what we would prefer or what our culture thinks!

“If you confess with your mouth, ‘Jesus is Lord,’ and believe in your heart that God raised him from the dead, you will be saved” (Romans 10:9). To believe in Him, is to trust Him, to embrace Him, to give ourselves over to His lordship.

Righteous deeds will not earn us a place in Heaven (see Titus 3:5). Christ offers us the gift of forgiveness and eternal life: “Whoever is thirsty, let him come; and whoever wishes, let him take the free gift of the water of life” (Revelation 22:17). If you haven’t accepted this gift offered by Christ—at such a great price to him—what’s stopping you?

“To all who received him [Jesus], to those who believed in his name, he gave the right to become children of God” (John 1:12). 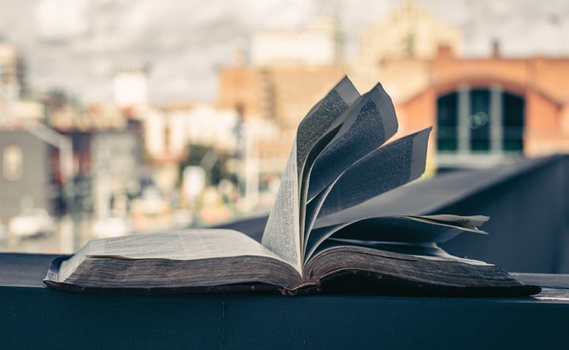 Dismiss Hell and You Dismiss Jesus

article January 24, 2010
The truth is that the oldest and most reliable biblical manuscripts include Christ’s explicit statements about Hell. The gospel writers didn’t make up their Lord’s words in the gospels. They simply recorded them. 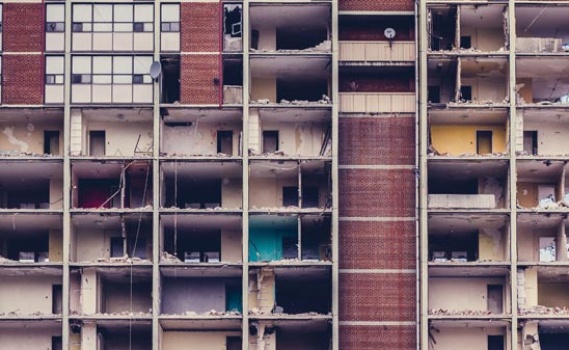 Banished from Humanity: C.S. Lewis and the Doctrine of Hell

article May 20, 2015
C.S. Lewis said many profound and fascinating things about hell. Some are biblically precise, while others are more abstract and subject to misunderstanding. In some cases, his views are not solidly biblical. But many of his insights on hell are true to Scripture, and some of his speculations are compelling food for thought.

Glimpses of Heaven and Hell Today

video May 29, 2013
Randy Alcorn talks about how our best moments are a glimpse of Heaven and our darkest moments are a taste of Hell. This video clip was excerpted from Randy's Eternity 101 DVD class.
Invest in Eternity