If “No Eye Has Seen” Heaven, How Can We Know About It?

“No eye has seen, no ear has heard, and no mind has imagined what God has prepared for those who love him.” But it was to us that God revealed these things by his Spirit. For his Spirit searches out everything and shows us God’s deep secrets. (1 Corinthians 2:9-10)

The LORD our God has secrets known to no one. We are not accountable for them, but we and our children are accountable forever for all that he has revealed to us. (Deuteronomy 29:29)

First Corinthians 2:9-10 is a wonderful passage; it’s just that it’s nearly always misused. It says precisely the opposite of what it’s cited to prove! What we otherwise could not have known about Heaven, because we’re unable to see it, God says He has revealed to us through His Spirit. This means that God has explained to us what Heaven is like. Not exhaustively, but accurately.

God tells us about Heaven in His Word, not so we can shrug our shoulders and remain ignorant, but because He wants us to understand and anticipate what awaits us. We should accept that many things about Heaven are secret and that God has countless surprises in store for us. But the things God has revealed to us about Heaven belong to us and to our children. It’s critically important that we discuss and understand them.

This is a revelation from Jesus Christ, which God gave him to show his servants the events that must soon take place. He sent an angel to present this revelation to his servant John, who faithfully reported everything he saw. This is his report of the word of God and the testimony of Jesus Christ. (Revelation 1:1-2)

God commanded the apostle John to talk about his prolonged visit to Heaven, which he did in detail in the book of Revelation. Likewise, Isaiah and Ezekiel wrote about what they saw in Heaven. If God didn’t intend for us to understand what He revealed to these men about Heaven, why would He bother telling us about it? When was the last time you wrote someone a letter using words you didn’t expect them to comprehend? So, we should study, teach, and discuss God’s revelation about Heaven given to us in His Word.

This article originally appeared in the Fall/Winter 2014 edition of Eternal Perspectives magazine. 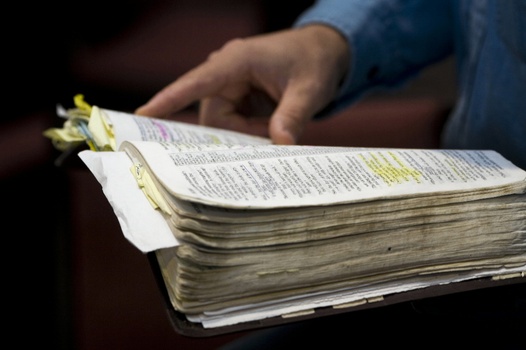 Readers might like to check out this article about Randy, which appeared on the front page of The Oregonian newspaper on Easter Sunday.

What Do We Know About Heaven?

Randy Alcorn sums up what he has been teaching about Heaven and reminds us of how it affects our lives. This video clip was excerpted from Randy's Eternity 101 DVD class.

How Can We Know We're Going to Heaven?

Randy Alcorn answers the question,"How can we know we are going to Heaven?"
Invest in Eternity