Diagrams, Charts, and Appendices from Happiness, by Randy Alcorn

These are the diagrams and charts in Randy Alcorn's book Happiness, referenced here primarily for listeners of the Audiobook. The appendices are available as downloads above.

Diagram 1 depicts the contrast between joy and happiness as portrayed by many Christians. Joy, they suppose, is something substantial yet lacking emotional dimension. Happiness is seen as lightweight and temporary—a cloud soon blown away by the wind of circumstances.

The contrast can be further portrayed as in diagram 2, with joy as three dimensional—something with depth. Happiness, meanwhile, is allegedly one dimensional and superficial. 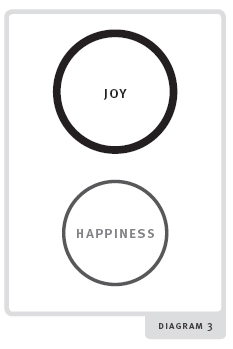 Diagram 3 shows joy and happiness as commonly seen by evangelical Christians (but few others). The two separate circles show joy in the upper position—closer to Heaven, further from Earth—and thereby superior to happiness. Happiness is lower, smaller, demoted, and inferior—earthly, not heavenly. (Again, this is not my position but the predominant one among many Christians.)

If these three views of the relationship between joy and happiness are wrong—and I’m convinced they are—then what is the right view? According to the vast majority of the usages of these two words in (1) English history, (2) English literature, (3) Bible translations, and (4) English dictionaries, the words are synonyms with predominantly overlapping meanings. They have far more in common with each other than not. Hence, I depict them as two predominantly overlapping circles. 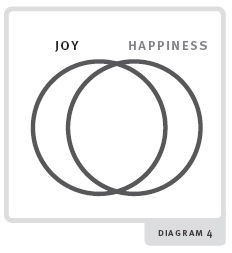 This portrayal in diagram 4 stands in stark contrast to the modern evangelical belief about happiness—the one I was taught as a new Christian and have read and heard throughout my life. (I am an evangelical, so my issue isn’t with evangelical theology in general but with this particular viewpoint on joy and happiness.) 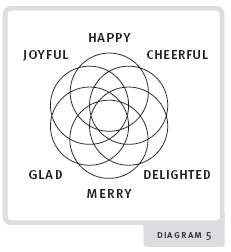 This final illustration of overlapping word meanings includes not only happy and joyful, but also glad, cheerful, delighted, and merry.

In diagram 6, the person depicted as experiencing happiness may not realize that the entire circle of human happiness exists within the infinitely larger circle of God and his happiness. 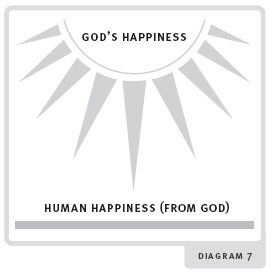 WHERE DOES THIS THERAPY CALLED LAUGHTER COME FROM?

Scripture says of Jesus, “By him all things were created” (Colossians 1:16). Laughter comes from the Creator, who made us in his image! His laughter preceded our own laughter and is the ongoing source of it. We can be happy only because he’s happy; we can laugh because he laughs.

Human beings are recipients of happiness, not sources of it. All our delight and gladness come from God.

We cannot divorce our happiness from God’s happiness, because his happiness is foundational to ours. 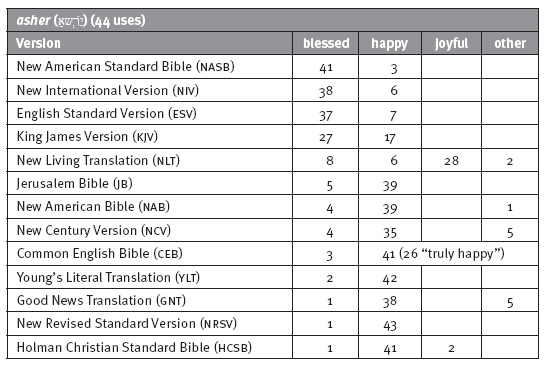 The following table shows how makarios is translated in different English versions.

You’ll see how dramatically the versions are split in their rendering. If blessed were a synonym of happy for modern readers, this wouldn’t matter much. (It would be no more significant than some versions using sanctified and others holy.) But because blessed is no longer a synonym for happy, the happiness connotations of makarios, like asher, are lost in many English translations, buried under the word “blessed.” 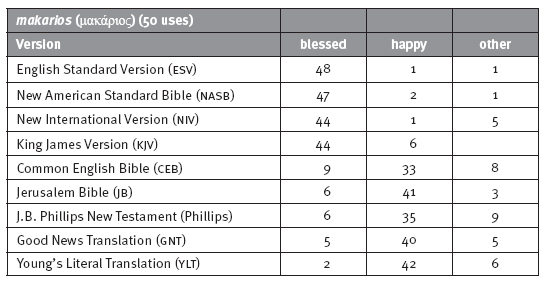 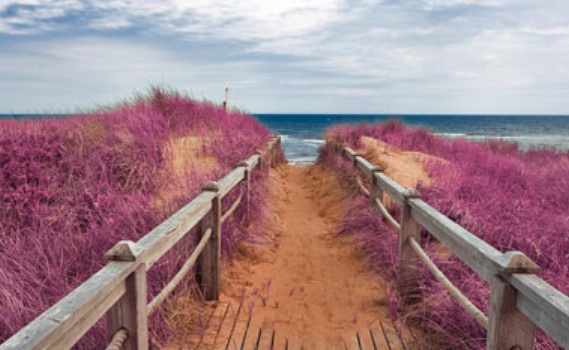 Happiness or Joy… or Both?

video June 22, 2015
In this three-minute video, I talk about the artificial distinction made by many Bible-believing Christians between happiness and joy. (I address this in my book Happiness, which will release this October.) 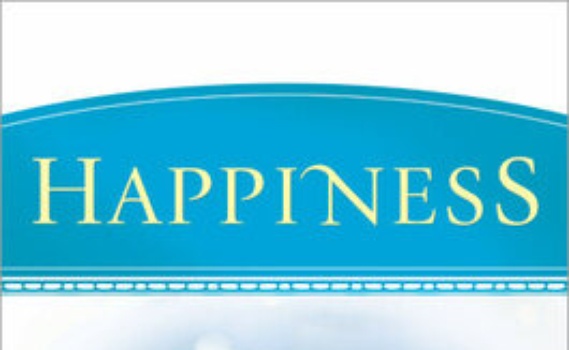 Endorsements and Book Reviews of Happiness

article September 9, 2015
Randy Alcorn (Heaven), director of Eternal Perspective Ministries, serves as a guide on the road toward true happiness and fulfillment in this hefty but appealing tome.

Are We Concerned with Our Happiness or God's?

audio September 23, 2013
In this audio clip, Randy discusses the question of whether we should be concerned with our own happiness or God's happiness.
Invest in Eternity