Will We Eat Meat on the New Earth?

It appears that people didn’t eat meat until after the Flood, when God said, “Everything that lives and moves will be food for you. Just as I gave you the green plants, I now give you everything” (Genesis 9:3). It makes sense that people wouldn’t eat meat before the Fall, when living beings didn’t die. But why weren’t animals eaten between the Fall and the Flood? Perhaps it was still unthinkable so close to Eden. (The genealogies of Genesis 5 indicate that Noah’s father, Lamech, was born before Adam died.) Perhaps animals still held a remnant of intelligence not yet sufficiently dissipated by the Fall.

Some people argue that animals died before the Fall. But this conclusion seems to be driven by assumptions about the earth’s age and interpretations of the fossil record, not from biblical texts. Scripture ties all death to Adam: “Sin entered the world through one man, and death through sin” (Romans 5:12). The “creation was subjected to frustration” and is in “bondage to decay” because of humanity’s sin and will be delivered through humanity’s resurrection (Romans 8:19-23). Whether blessing or curse, whether life or death, what is first true of mankind then extends to animals. This suggests animal death did not precede human death.

If animal death preceded human sin and death, so did animal suffering. Indeed, advocates of this position picture not only animals devouring and killing each other before the Fall but also people eating animals. But how does this reconcile with Genesis 9:3, where God says, “Just as I gave you the green plants, I now give you everything” (emphasis added)?

Would God call “very good” a realm in which animals suffered, died, and devoured one another? Surely the repeated redemptive promise that one day animals will live in peace with each other is at least to a degree a return to Edenic conditions, though it’s certainly more than that (Isaiah 11:6-9).

If, as I believe, animal death was the result of the Fall and the Curse, once the Curse has been lifted on the New Earth, animals will no longer die. Just as they fell under mankind, so they will rise under mankind (Romans 8:21). This suggests people may become vegetarians on the New Earth, as they apparently were in Eden and during the time before the Flood.

How then should we understand this great text: “On this mountain the Lord Almighty will prepare a feast of rich food for all peoples, a banquet of aged wine—the best of meats and the finest of wines” (Isaiah 25:6)? One possibility is that this refers to the Millennium, where Christ reigns but the world is still under the Curse and therefore animals still die. The other possibility is that it refers to the New Earth. But we are told on the New Earth “There will be no more death . . . or pain, for the old order of things has passed away” (Revelation 21:4). The text doesn’t specify “no more human death or pain.”

So how could there be meat without animal death? Many people—I’m not one of them—eat meat substitutes and prefer the taste to real meat. How hard would it be for God to create far better substitutes that do qualify as meat in every sense of taste and texture, without coming from dead animals? This may stretch the meaning of “meat” and may seem unnatural, but wouldn’t it be more natural than animals dying when we’re told there will be no more death?

During the Millennium or on the New Earth, or both, fishermen will spread their nets and catch fish (Ezekiel 47:9-10). Either this is catch-and-release, purely for sport, or it suggests fish will still be eaten. Jesus ate fish in a resurrected body. However, that was on an unresurrected Earth, still under the Curse. Hunting and killing animals is legitimate and sometimes necessary on the present Earth. However, to the degree that hunting animals involves their fear, suffering, or death, it wouldn’t fit with the biblical description of the New Earth, where not only people but also animals live in peace and harmony: “The wolf and the lamb will feed together, and the lion will eat straw like the ox. . . . They will neither harm nor destroy” (Isaiah 65:25). We’re told animals’ eating habits will change—why not ours?

So, on the New Earth, we may consume a wonderful array of fruits and vegetables, perhaps supplemented by “meat” that doesn’t require death—something that tastes better but isn’t animal flesh. If the product of the Curse and death can taste good to fallen taste buds, how much better will God’s specially designed foods smell and taste to resurrected senses? 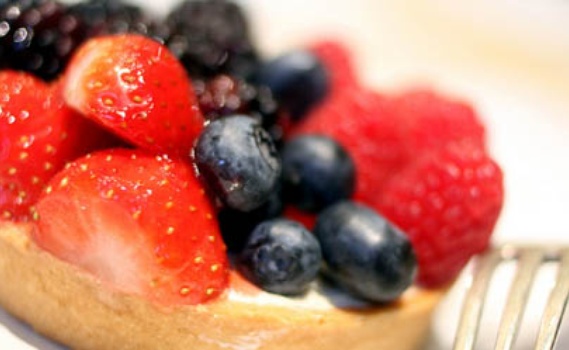 You May Yet Discover Your Favorite Food on the New Earth

article December 10, 2014
As yet, you may not have tasted your favorite meal—and if you have, it didn’t taste as good as it will there. 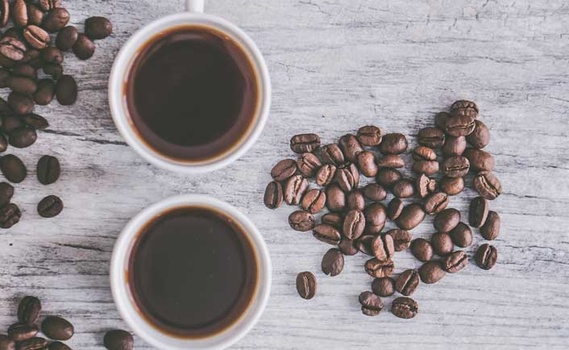 article October 30, 2013
Both Nanci and I love a good cup of coffee. Actually, I like about three good cups of dark, strong coffee—preferably French Roast, with milk.
Invest in Eternity