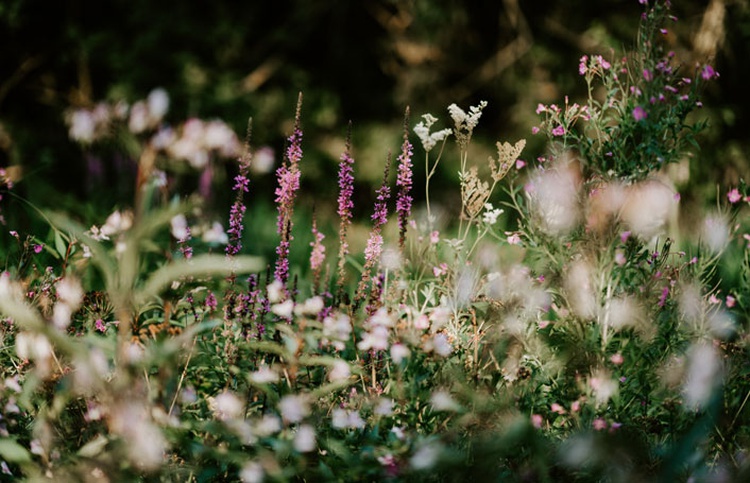 I will come back and take you to be with me that you also may be where I am. John 14:3

Everything will be glorified, even nature itself. And that seems to me to be the biblical teaching about the eternal state: that what we call heaven is life in this perfect world as God intended humanity to live it. When he put Adam in Paradise at the beginning, Adam fell, and all fell with him, but men and women are meant to live in the body, and will live in a glorified body in a glorified world, and God will be with them. [1]

Many people can’t resist spiritualizing what the Bible teaches about Heaven. According to an evangelical theologian, “While heaven is both a place and a state, it is primarily a state.” [2] But what does this mean? Another theologian writes, “Paul does not think of heaven as a place, but thinks of it in terms of the presence of God.” [3] But when a person is “present,” doesn’t that suggest there’s a place?

One book puts place in quotation marks whenever it uses the word to describe Heaven or Hell. It says paradise is “a spiritual condition more than a spatial location.” [4] But Jesus didn’t say that Heaven was “primarily a state” or a “spiritual condition.” He spoke of a house with many rooms and said he would prepare a place for us (John 14:2). In Revelation 21–22, the New Earth and New Jerusalem are portrayed as actual places, with detailed descriptions of the most substantial, physical substances, including hard and heavy precious stones. These depictions could not be more tangible!

Jesus told the disciples, “I will come back and take you to be with me that you also may be where I am” (John 14:3). He uses ordinary, earthly, spatial terms to describe Heaven. The word where refers to a place, a location. Likewise, the phrase “come back and take you” indicates movement toward a physical destination.

If Heaven isn’t a place, would Jesus have said it was? If we reduce Heaven to something less than or other than a place, we strip Christ’s words of their meaning.

Sometimes Christians have overstated the notion that we are aliens in this world. For instance, the old gospel song, “This world is not my home, I’m just a-passing through,” conveys a half-truth. Yes, we may pass from the earth to the present Heaven through death, but eventually we’ll be back to live forever on the restored Earth. We are pilgrims in this life, not because our home will never be on Earth, but because our ultimate home isn’t on the present Earth (which is under the Curse). But just as the earth was once our intended home (before sin entered), it will one day again be our home (after sin is removed and the Curse is reversed).

Because the earth was damaged by our sin (Genesis 3:17), we have never known a world without corruption, suffering, and death. Yet we yearn for such a life and such a world. When we see a roaring waterfall, beautiful flowers, a wild animal in its native habitat, or the joy in the eyes of our pets when they see us, we sense that this world is—or at least was meant to be—our home.

Will the Eden we long for return? Will it be occupied by familiar, tangible, physical features and fully embodied people? The Bible clearly answers yes.

If we want to know what the ultimate Heaven, our eternal home, will be like, the best place to start is by looking around us. The present Earth is as much a valid reference point for envisioning the New Earth as our present bodies are for envisioning our new bodies. But can we look at the earth around us and imagine what it would be like to be unhindered by disease and death? Can we envision natural beauty untainted by destruction? Of course. People of all beliefs have long imagined such a world and have portrayed it in their art and literature and music.

The idea of the New Earth as a physical place isn’t an invention of a wishful human imagination. Rather, it reflects the plans of a transcendent God, who made physical human beings to live on a physical Earth, and an immanent God, who chose to become a man on that same Earth. He did this that he might redeem mankind and Earth. Why? To glorify himself and enjoy forever the company of men and women in the world that he made for us.

To have a biblical worldview, we must have a sense of our past, present, and future, and how they relate to each other. Without understanding God’s original plan for mankind and the earth, we cannot understand his future plan.

In the first two chapters of the Bible, God plants a garden on Earth; in the last two chapters of the Bible, he brings down the New Jerusalem, with a garden at its center, to the New Earth. In Eden, there’s no sin, death, or Curse; on the New Earth, there’s no more sin, death, or Curse. In Genesis, the Redeemer is promised; in Revelation, the Redeemer returns. Genesis tells the story of paradise lost; Revelation tells the story of paradise regained. In Genesis, humanity’s stewardship is squandered; in Revelation, humanity’s stewardship is triumphant, empowered by the human and divine King Jesus.

These parallels are too remarkable to be anything but deliberate. These mirror images demonstrate the perfect symmetry of God’s plan. We live in the in-between time, hearing echoes of Eden and the approaching footfalls of the New Earth.

Paul Marshall concludes, “This world is our home: we are made to live here. It has been devastated by sin, but God plans to put it right. Hence, we look forward with joy to newly restored bodies and to living in a newly restored heaven and earth. We can love this world because it is God’s, and it will be healed, becoming at last what God intended from the beginning.” [5]

Does it ring true to you that your home is not Earth in its present condition but Earth as it one day shall be?

Father, help us to be careful not to misstate our relationship to the earth. This is the home you made for us, and you will redeem it and refashion it into the New Earth, where we’ll live forever. Thank you, Lord, that the earth matters. Thank you that our bodies matter. Thank you that animals and trees and rivers matter and that matter itself matters. Open our eyes to the fact that you have created all things and intended them to manifest your glory. Thank you again that you have not given up on your creation any more than you have given up on us.

Excerpted from 50 Days of Heaven.

Will There Be Work on the New Earth?

audio November 28, 2021
Randy Alcorn was interviewed on The Call to Mastery with Jordan Raynor about his book Heaven. In this audio clip, Randy explores the idea of work on the New Earth.

audio November 11, 2021
Randy Alcorn was interviewed on The Call to Mastery with Jordan Raynor about his book Heaven. In this audio clip, Randy talks about some common misunderstanding about Heaven and the New Earth.

One Day, You’ll Walk with Jesus like the Disciples

video August 10, 2021
In this video, Randy speaks about the ZTV series The Chosen and envisions what it will be like for us to walk with Jesus on the earth just as the disciples did.
Invest in Eternity