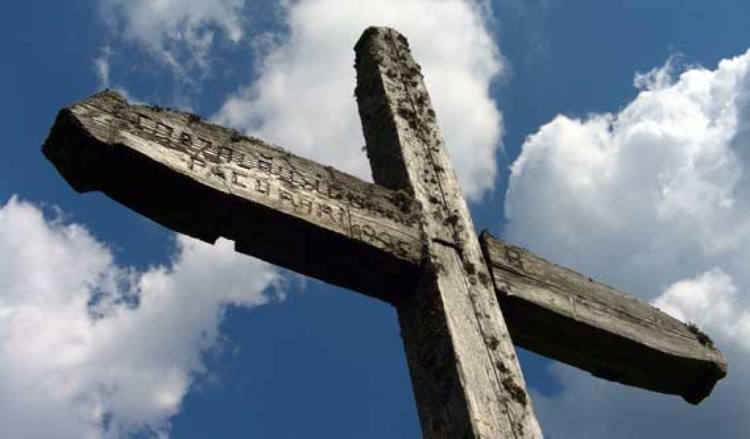 A friend recently asked me, "What would be some of the characteristics of the life of a person who is bearing their cross? (Matthew 16) What does this cross-bearer look like?"

It got me thinking. I'd love to hear some of your thoughts in the comments. Here are some of mine:

Single-minded devotion to the Lord, focus on the calling to follow Him above all else.

Jesus first, others second, self last.

Lack of self-indulgence and self-pity; he does what he does gladly, following his Master by choice, not just as demanded by circumstance.

Because the church is to be a community of cross-bearers, there is interdependence, casting your burdens not only on the Lord, but on each other, supporting each other, helping each other carry the load which at times will be too heavy.

The cross-carrier is a servant. He doesn’t look for others to serve him or baby him, he goes out of his way to serve them.

When he sees the poor and the needy, he releases his grip on money and things, realizing they belong to his Master, and the way of the cross is cheerful giving of money and time and skills.

Then Jesus said to them all: "If anyone would come after me, he must deny himself and take up his cross daily and follow me.

The “take up his cross daily” brings a new dimension, very significant.

It means carrying your cross is not just one big sacrifice that you make, then you’re done with, like giving one of your kidneys, or selling your house and giving to the poor or that time you ran out in traffic and pulled the kid back from the bus.

This is something you do every day. So it’s a thousand or ten thousand daily sacrifices, a lifetime of little loving acts, which cumulatively become huge. It’s a man who loves his paralyzed wife for forty years by saying no to his sexual desires every day, and dumps her bag of urine three times a day, to the glory of Jesus.

It’s a mother who cares for a son who never gets out of bed, day after day, and does it without complaining. Not just the person who dies in the coliseum in one triumphant hour, torn apart by lions because he refused to deny Christ.

It’s saying no to sleep to get up and pray and read the Word day after day, saying no to living in a mansion and owning a nicer car even though that might be fun but not as fun as giving to keep a child alive, of living more simply so that others may simply live, day after day. It’s doing the humble job that nobody applauds, but needs to be done, and which is seen sometimes by no one but the Audience of One.

Really, what carrying your cross daily is, is being humble, a servant, God-centered and others-centered, not self-centered. Yet, ironically, to be a servant is ultimately in your eternal self-interests.

In my novel Safely Home Li Quan dies daily. This brilliant scholar, Harvard summa cum laude, serves as a locksmith’s assistant because in China an outspoken Christian can’t be a university professor and great writer, which was his dream. To Ben Fielding, Li Quan’s rich American businessman friend, he quotes Martin Luther King, who said, “If a man is called to be a street sweeper, he should sweep streets as Michelangelo painted, or Beethoven composed music, or Shakespeare wrote poetry. He should sweep streets so well that all the hosts of heaven and earth will pause to say, here lives a great street sweeper who did his job well.”

In my book Heaven I tell of an old black bell man who died daily, but with good cheer. So what does it look like? Here, I’ll finish by cutting and pasting it:

“Should we be excited that God will reward us by making us rulers in his kingdom? Absolutely. Jesus said, “Rejoice and be glad, because great is your reward in heaven” (Matthew 5:12).

God will choose who reigns as kings, and I’m confident some great surprises are in store for us. Christ gives us clues in Scripture as to the type of person he will choose: “Blessed are the poor in spirit, for theirs is the kingdom of heaven.…Blessed are the meek, for they will inherit the earth.…Blessed are those who are persecuted because of righteousness, for theirs is the kingdom of heaven” (Matthew 5:3, 5, 10). Also, “‘God opposes the proud but gives grace to the humble.’ Humble yourselves, therefore, under God’s mighty hand, that he may lift you up in due time” (1 Peter 5:5-6).

Look around you to see the meek and the humble. They may include street sweepers, locksmith’s assistants, bus drivers, and stay-at-home moms who spend their days changing diapers, doing laundry, packing lunches, drying tears, and driving carpools.

I once gave one of my books to a delightful hotel bellman in Atlanta. This man spends his days carrying people’s luggage and serving them in countless ways. I discovered he was a committed Christian. He said he’d been praying for our writers group, which was holding a conference at the hotel.

The next day I gave him a little gift. He seemed stunned, overwhelmed. With tears in his eyes he said, “You didn’t need to do that. I’m only a bellman.” The moment he said those words, it struck me that this brother had spent his life serving other people. It will likely be someone like him that I’ll have the privilege of serving under in God’s kingdom. He was “only a bellman” who spoke with warmth and love, who served, who quietly prayed in the background for the success of a Christian writers’ conference in his hotel, his appointed place of service. I saw Jesus in that bellman, and there was no “only” about him.

Who will be the kings of the New Earth? I think that bellman will be one of them. And I will consider it an honor to carry his bags. 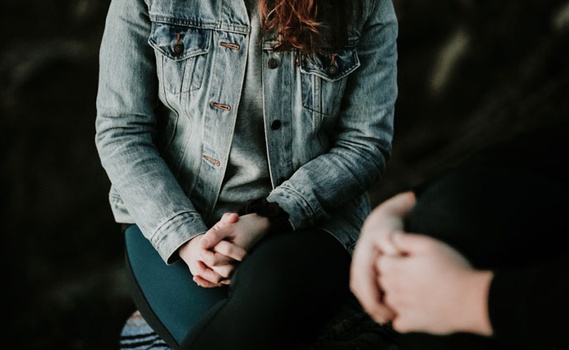 article June 8, 2010
I was recently asked the following question on Facebook: "I had a woman come to my door today, wanting to share the gospel. Why is it that even though I know what I believe and why I believe it, that it is so hard to share with others? She was a Jehovah's Witness, and asked if she could come back to share a scripture again. I told her yes. I will be better prepared next time, but how do I become better prepared?" 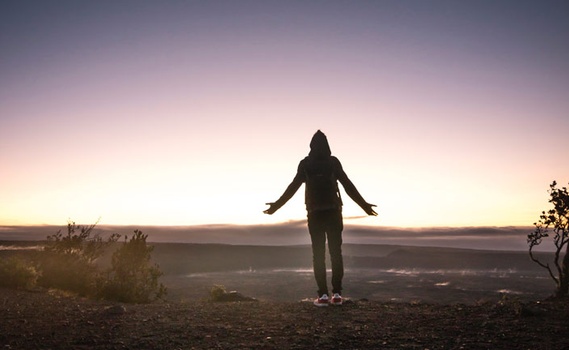 article August 18, 2010
Jesus said that if we are to truly be His disciples we are to “take up our cross daily and follow Him” (Luke 9:23). But what does that mean?
Invest in Eternity