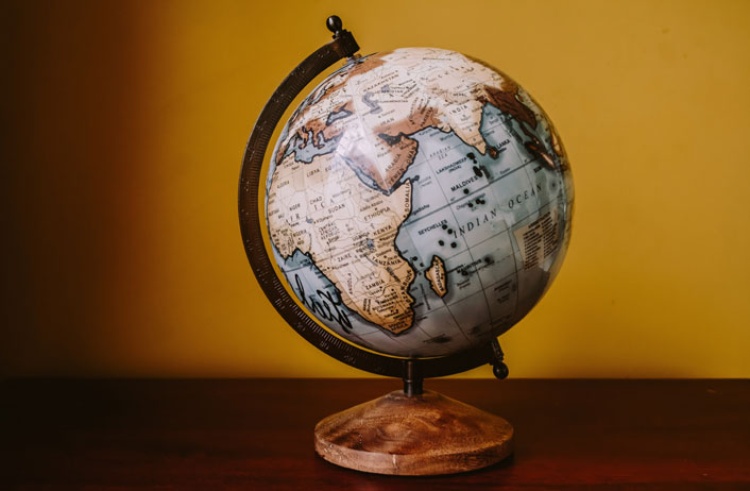 I'm not a big statistics guy, but sometimes statistics can be revealing.

The following statistics are from the book 2020 Vision, by Bill and Amy Stearns.

As a qualification on some of the stats, I realize that definitions of Christians vary, and someone's claim to come to Christ, or to be a Christian, does not mean they really are. (There is a plague of nominalism in our own country.) Still, this material is worth reading. I will follow these quotes with my own thoughts on investing in world evangelism.

My good friend Doug Nichols, founder of Action International, writes "I would encourage you to use this information to share with your church, missions committee, prayer groups, elders, fellowships, etc. for the purpose of information and prayer and perhaps to be used of God to burden many as to their responsibility to the Gospel and compassionate care to the three billion unreached people of the world."

Every day another 74,000 people across the globe come to faith in Christ. That’s 3,083 new fellow believers every hour of every day.

More than three billion people have viewed Christian films such as the Jesus film—which has been shown in 228 countries, with 197,298,327 viewers indicating a commitment to Christ. (Note from Randy: I've been with the Jesus Film for showings in three countries, Cambodia and China and Mexico, and I can vouch for the movement of God's Spirit through this movie based on the Gospel of Luke.)

In 1950, when China was closed to foreign missionaries, there were one million believers in the country. Today conservative estimates say there are well over 80 million. An average of 28,000 people become believers every day in the People’s Republic of China.

In A.D. 100 there were 360 non-Christians per true believer. Today the ratio is less than seven to every believer as the initiative of the Holy Spirit continues to outstrip our most optimistic plans! Throughout history the growth of the body of Christ has outdistanced the increase of world population.

Where in the world is the fastest growing percentage of born-again believers in Christ? As of the latest figures available (2000) here are the facts: 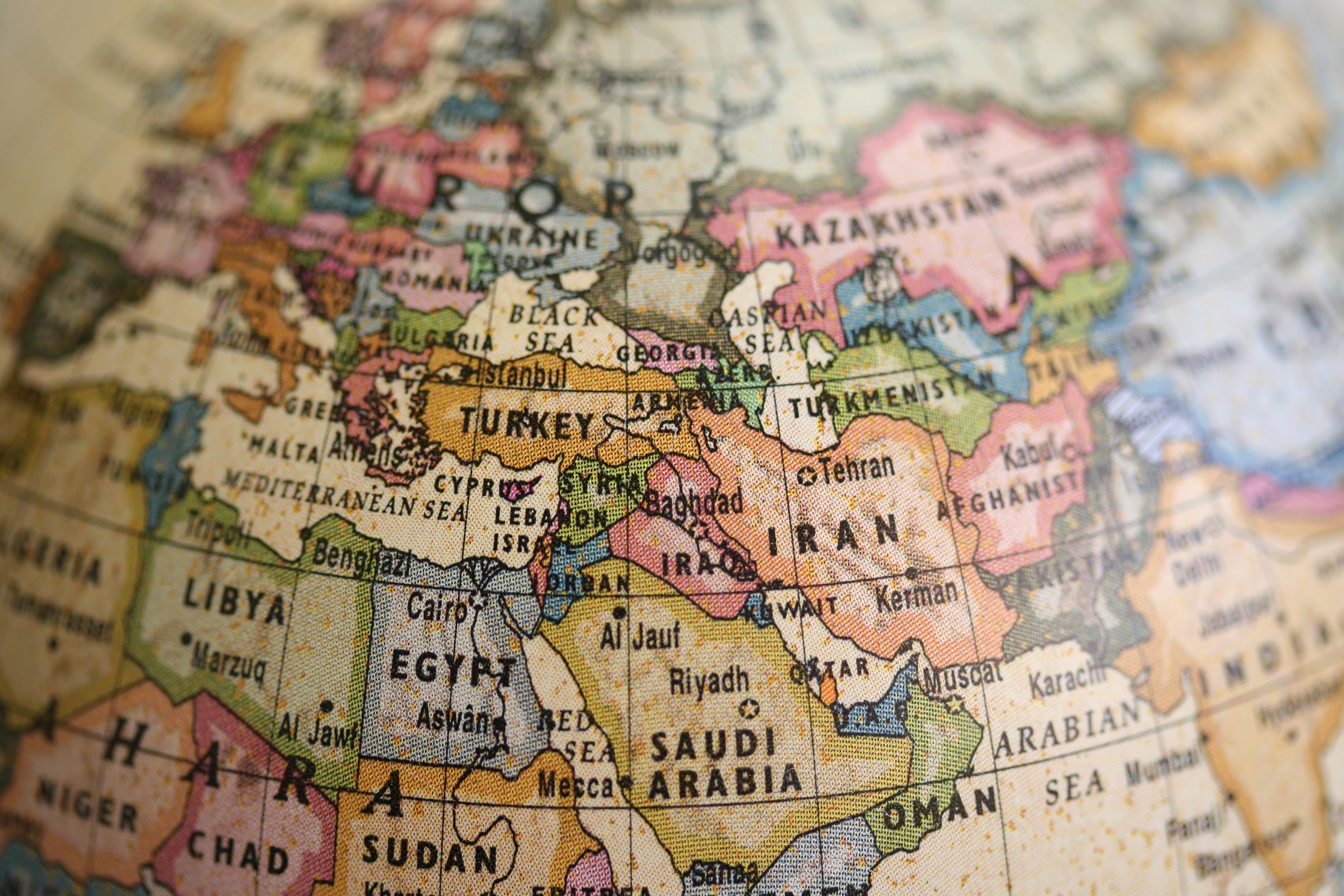 Where the church has been planted it is growing like wildfire, spreading across geographic and ethnic lines around the globe. God has raised up Surinam missionaries to go to the Muslims of North Africa, Han Chinese believers to settle among unreached Tibetans, and thousands of Indian evangelists to bring the blessing of the Gospel to the 2,000 unreached ethnic groups within India.

peration Agape reports that 800 Muslims in northern India recently became Christians. More than 100 house churches were planted in various districts of Uttar Pradesh State in the first six months of 2004, every member a former Muslim. In West Bengal State, 15 Islamic priests and their families have been baptized as believers in Christ, and there is a growing church-planting movement among the region’s Muslims.

55,000 people die daily in India and around the world without ever hearing the True Name.

God has overwhelmingly blessed His people worldwide. Compare the mid-2004 resources of the global body of Christ with the projected 2025 numbers (in 2004 value of U.S. dollars): in 2004, church members' income was US $16,590 billion.

In 2025, the projected income for church members' was US $26,000 billion. What do you think? Has God given His people the blessings and the resources to actively be a blessing to all the remaining unreached people groups of the earth?

The rest of this blog is from me (Randy). I want to follow up on that final question.

Have you ever asked yourself, “Why has God provided so much financial blessing?” You don’t need to wonder. God tells us exactly why he provides us with more money than we need: "Now he who supplies seed to the sower and bread for food will also supply and increase your store of seed and will enlarge the harvest of your righteousness. You will be made rich in every way so that . . . " (2 Corinthians 9:10-11)

So that what? How will Paul finish this sentence? How you finish the sentence is one of the most important decisions you will ever make. Prosperity theology would finish it like this: “. . . so that we might live in wealth, showing the world how much God blesses those who love him.”

But that isn’t how Paul finishes it. He says, “You will be made rich in every way so that you can be generous on every occasion.”

God doesn’t make us rich so we can indulge ourselves and spoil our children, or so we can insulate ourselves from needing God’s provision. God gives us abundant material blessing so that we can give it away, and give it generously. And strategically--what could be more strategic than getting the gospel to people who haven't heard it?

When God provides more money we often think, This is a blessing. Yes, but it would be just as scriptural to say, “This is a test.”

Why does God give some of his children more than they need and others less than they need (including the spiritually impoverished, who have never heard the gospel)?

He does it to teach his children to help each other. God distributes wealth unevenly, not because he loves some of his children more than others, but so his children can distribute it to their brothers and sisters on his behalf. And so that we can meet the physical needs of those without Christ, and also bring to them the best news in the universe: that God loves them and Jesus went to the cross to pay the price for their sins, and to purchase for them an eternal future with Him.

Let me tell you a personal story about world evangelism.

One day, twenty-five years ago, my new Nigerian friend Samuel Kunihop and I were talking in our living room. (We are still friends today and exchange emails between Africa and America once or twice a year.) Sam and I discovered we were the same age. After he shared what a privilege it was to be visiting our country (he later returned to attend Western Seminary in Portland), I said this:

It surprises me that you have such a great appreciation for America. So many countries, even those we’ve helped, are anti-American. But many Nigerians were bought or stolen and shipped to America and sold as slaves, weren’t they? With all the countries that resent us without good reason, I’d think you of all people would despise us. Why don’t you?

I’ll never forget the chills I felt hearing Samuel’s measured response, spoken slowly with his rich Nigerian accent: “No matter what else you did...you brought us the gospel; and that is all that matters.”

Yes, I do believe that other things matter besides preaching the gospel—among them character, integrity, and social justice. But Samuel was saying the same thing the apostle Paul said—that the gospel is more important than anything else.

Two generations earlier, a wave of missionaries sent by American churches had won Sam's village, including his parents, to Christ. As a result, while I was growing up in a non-Christian home in America, he was being raised in a Christian home in Nigeria.

David Bryant asks, “Who wouldn’t like to end each day, putting our heads on our pillows, confidently saying, ‘I know this day my life has counted strategically for Christ’s global cause, especially for those currently beyond the reach of the gospel’?”

The need is desperate. Isn’t it time we emptied our pockets to help reach the world for Christ? Like those who pray, those who give are partners with those who go (Colossians 4:2-4; Philippians 1:4-5). Some can go. All can pray. And all can give. Will you?

As you consider your answer, imagine for a moment the warm voice of someone from a different culture—perhaps with a different color of skin—coming to you in heaven, embracing you and saying, “Thank you—you brought us the gospel, and that is all that matters.”

If you're looking for a place to give to world evangelism, we have done a lot of homework and know many good ministries, since we have the privilege of giving away all the royalties from my books. But the mission whose projects around the world we support most is Action International. I linked to their front page above, but here's a link specifically to their projects where you can shop for who and what you want to invest in for eternity.

I can think of no greater privilege. 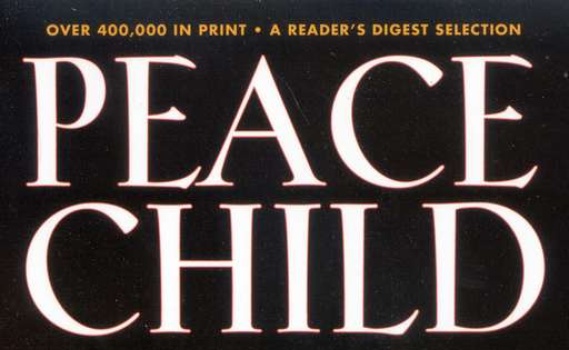 article May 3, 2013
Many years ago I read Peace Child by Don Richardson. This great missions story had a strong impact on my life, demonstrating the power of the gospel in a primitive culture.

article December 29, 2010
When the following was posted last month on the Desiring God blog, written by Michael Oh, I was very touched by it. Read it, ponder it, pray over it. 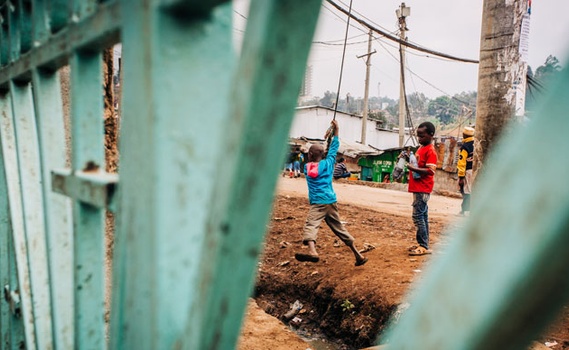 article September 22, 2010
This year nine million children younger than five will die needlessly, more than half from hunger-related causes. 25,000 per day. Over 1,000 each hour.
Invest in Eternity