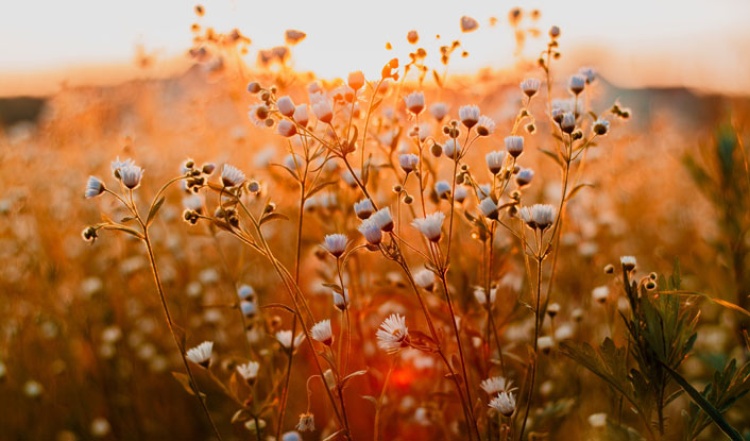 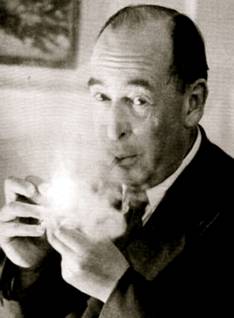 In Part 1 of Lewis and Longing, a few blogs ago, I quoted from his great sermon, later published as an essay, “The Weight of Glory: And Other Addresses.” There’s more in that essay I want to share.

(And no, this isn't a blog on smoking, it's a blog from the writings of Lewis. I just like this picture. When we visited the Kilns, Lewis's home outside Oxford, they told us that the front room curtains and all the furniture were smoke saturated, because Jack Lewis and his brother Warnie would close the doors and windows, and smoke to their heart's content. Which, by the way, now that we all know better, I do not recommend.)

So here's Lewis, with more on longing:

Do what they will, then, we remain conscious of a desire which no natural happiness will satisfy. But is there any reason to suppose that reality offers any satisfaction to it? “Nor does the being hungry prove that we have bread.” But I think it may be urged that this misses the point. A man’s physical hunger does not prove that man will get any bread; he may die of starvation on a raft in the Atlantic. But surely a man’s hunger does prove that he comes of a race which repairs its body by eating and inhabits a world where eatable substances exist.

In the same way, though I do not believe (I wish I did) that my desire for Paradise proves that I shall enjoy it, I think it a pretty good indication that such a thing exists and that some men will. A man may love a woman and not win her; but it would be very odd if the phenomenon called “falling in love” occurred in a sexless world.

Here, then is the desire, still wandering and uncertain of its object and still largely unable to see that object in the direction where it really lies.

If Christianity could tell me no more of the far-off land than my own temperament led me to surmise already, then Christianity would be no higher than myself. 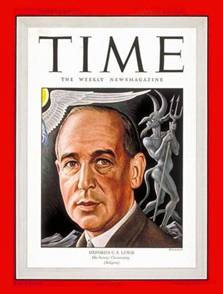 Lewis goes on to say this (BTW, a Lewis collector graciously sent me this 1947 Time magazine with CSL on the cover):

If you asked twenty good men today what they thought the highest of the virtues, nineteen of them would reply, Unselfishness. But if you asked almost any of the great Christians of old he would have replied, Love. You see what has happened? A negative term has been substituted for a positive, and this is of more than philological importance. The negative ideal of Unselfishness carries with it the suggestion not primarily of securing good things for others, but of going without them ourselves, as if our abstinence and not their happiness was the important point. I do not think this is the Christian virtue of Love. The New Testament has lots to say about self-denial, but not about self-denial as an end in itself. We are told to deny ourselves and to take up our crosses in order that we may follow Christ; and nearly every description of what we shall ultimately find if we do so contains an appeal to desire.

If there lurks in most modern minds the notion that to desire our own good and earnestly to hope for the enjoyment of it is a bad thing, I submit that this notion has crept in from Kant and the Stoics and is no part of the Christian faith. Indeed, if we consider the unblushing promises of reward and the staggering nature of the rewards promised in the Gospels, it would seem that Our Lord finds our desires not too strong, but too weak. We are half-hearted creatures, fooling about with drink and sex and ambition when infinite joy is offered us, like an ignorant child who wants to go on making mud pies in a slum because he cannot imagine what is meant by the offer of a holiday at the sea. We are far too easily pleased.

In Mere Christianity he writes, “I must keep alive in myself the desire for my true country, which I shall not find till after death; I must never let it get snowed under or turned aside; I must make it the main object of life to press on to that other country and to help others to do the same.”

In The Problem of Pain Lewis says, “Our Father refreshes us on the journey with some pleasant inns, but will not encourage us to mistake them for home.” 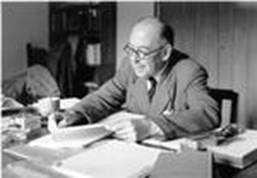 In The Last Battle, final book of the Narnia series, Mr. Tumnus says,

“The further up and further in you go, the bigger everything gets. The inside is larger than the outside.”

“I see,” Lucy said, “this is still Narnia, and more real and more beautiful than the Narnia down below. ... I see...world within world, Narnia within Narnia.”

We long for more, and the promise of God is that there is more beyond us, and still more awaiting us. More to delight us than we will ever exhaust, for the Fountainhead of Joy is our inexhaustible God.

We don’t just find this idea in fiction. We find it in Scripture:

All these people were still living by faith when they died. They did not receive the things promised; they only saw them and welcomed them from a distance. And they admitted that they were aliens and strangers on earth. People who say such things show that they are looking for a country of their own. If they had been thinking of the country they had left, they would have had opportunity to return. 16Instead, they were longing for a better country—a heavenly one. Therefore God is not ashamed to be called their God, for he has prepared a city for them. (Hebrews 11:13-16)

Photo by Irina Iriser on Unsplash 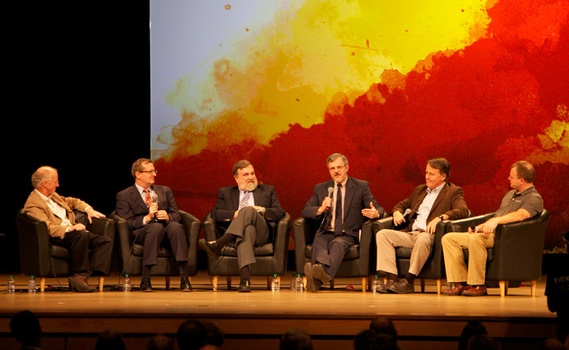 article October 4, 2013
The Desiring God National Conference in Minneapolis this past weekend was magnificent precisely because it celebrated His glory. 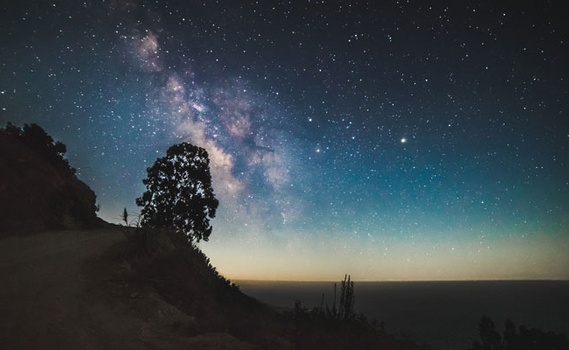 article March 9, 2008
No writer has had greater impact on me than C. S. Lewis. I find both his fiction and nonfiction to be penetrating and life-shaping. And when it comes to the subject of the longings of our heart, no one said it better than Lewis.
Invest in Eternity