A Commencement Address to Live By 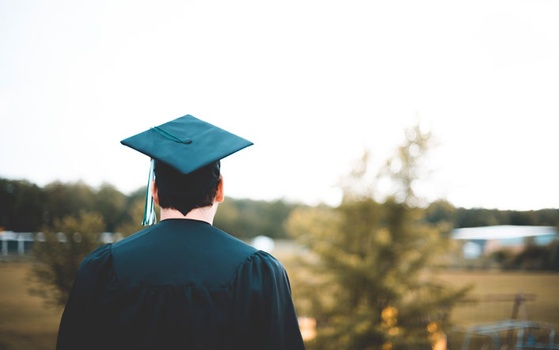 It’s graduation time, and I’d encourage you to be discerning as you hear the message being sent to graduates. Often it is ridiculously overblown and flattering and ego-massaging. Much is said about how great the graduates are; little is said about their need to serve others. Read these words from J. Budziszewski, author of one of my favorite books for high school graduates, How to Stay Christian in College. (This commencement charge was given by the fictional character Professor Theophilus, at an unofficial graduation ceremony held by churches for graduates from "Post-Everything University.")

Honored guests, this ceremony is called a "commencement." I'd like us to think about the word. Graduation is said to mark the end of college, and so it does. But a commencement is an occasion of commencing: Not of ending, but of beginning.

Graduates, everything depends on what it is that you think you're about to commence.

The first of his four pieces of advice was "Never let anyone tell you that you aren't better than other people." You may have been flattered by your teachers, but I hope your churches have taught you better. As Paul wrote to the Romans, "Do not think of yourself more highly than you ought." As he demanded of the Corinthians, "What have you that you did not receive? If then you received it, why do you boast as if it were not a gift?"

The speaker's second bit of advice was "Remember that you are joining an elite." It's true that you are attaining a higher status, but you have been taught differently about that, too, haven't you? Once Jesus rebuked His disciples by telling them "You know that those who are supposed to rule over the Gentiles lord it over them, and their great men exercise authority over them. But it shall not be so among you; but whoever would be great among you must be your servant, and whoever would be first among you must be slave of all."

Third, the speaker urged "Be all you can be." If that slogan means "Be as faithful, dedicated, and true as you can be," then it's good advice, but he didn't say anything about faith, dedication, or truth. What he spoke about was getting ahead—being a success as the world measures success. A famous photographic satire on the idea of "being all you can be" shows a man bloated with the corpulence of a thousand excessive meals, diving into swimming pool, all the water parting before him like the Red Sea. The photo is not a warning against the deadly sin of gluttony, but against the deadly sin of pride. The body of the man is a parable of what our souls will be like if we feed on our self-importance.

Finally the speaker urged graduates to say with the author of the poem Invictus, "I am the master of my fate: I am the captain of my soul." No, you are neither masters of your fate nor captains of your soul. Christ is those things already. Your office is not to direct the boat but to be the boat, sailing on His living breath. He purchased you with His blood, and as the seal of His purchase, He has painted a new name on your prow. C.S. Lewis remarked that "There are only two kinds of people in the end: those who say to God, 'Thy will be done,' and those to whom God says, in the end, 'Thy will be done.' All that are in Hell, choose it." Remember that. 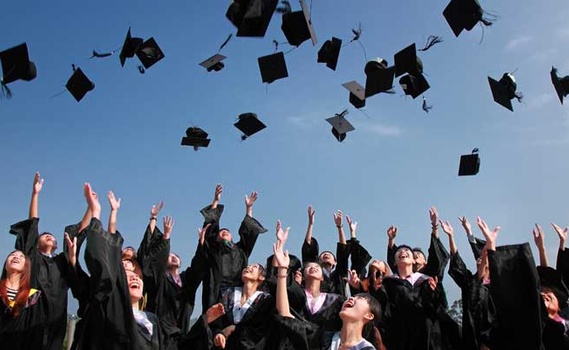 Four Pieces of Advice for Graduates

With graduation season almost upon us, here are four pieces of advice for both high school and college graduates (and reminders for all of us, in any stage of life). 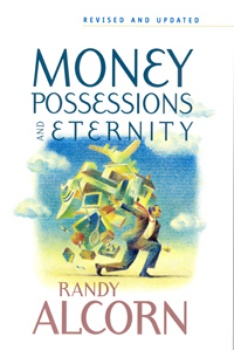 I am about to start medical school and I will not have a job or any earned income for the next four years. I want to give, but I don’t know how much I can give or how much it would be wise for me to give since I will be living off of student loan money.
Invest in Eternity