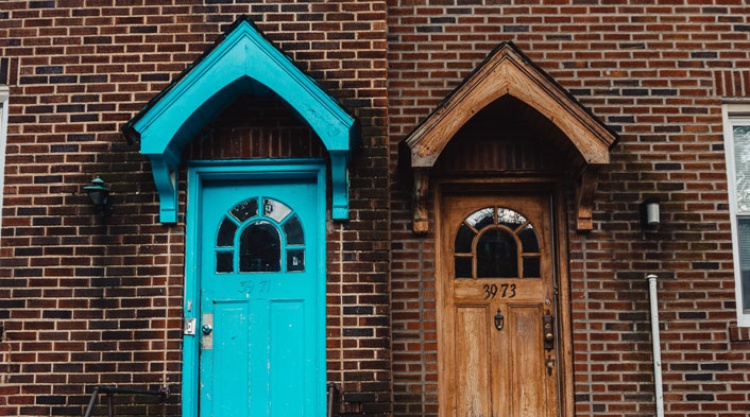 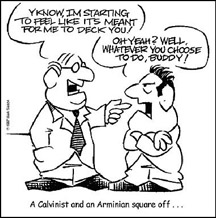 I've often been asked, Where do you stand on the Calvinism and Arminianism debate, and what resources do you recommend?

I came to Christ in a church that was Arminian, so that was naturally my early leaning. I went to a Bible college and seminary that were both middle of the road where neither hard core Calvinism nor Arminianism often surfaced in class, though on a continuum, some faculty would lean more toward one than the other.

As the years have gone on, I have come increasingly closer to a Calvinist position and further from the Arminian (though I dislike both labels). As I say in other articles on this website, I believe that Christ died for all, not just the elect, which is the one major tenet where I depart from Calvinism (not for logical reasons, but simply because after studying the passages they still seem to me to be saying Christ died for everyone.) So I am what might be called a four point Calvinist, though some 5 point Calvinists believe it’s illogical, that it all stands or fall together. (Four Point Calvinist Bruce Ware’s article on limited or unlimited atonement is helpful here.)

I will never forget the horror I felt when I read Romans 9-10 as a young Christian, and the confusion I felt when reading passages speaking of election and predestination. Ironically, many of the same passages that once plagued me are now my greatest source of comfort. God’s sovereign grace is precious to me...as I know it is also to many who see things a bit differently when it comes to election and calling and salvation.

Though he was certainly a Calvinist, Charles Spurgeon was opposed by both Arminians and hyper-Calvinists. He said some things that I think are important in this whole debate, including this: “My love of consistency with my own doctrinal views is not great enough to allow me knowingly to alter a single text of Scripture. I have great respect for orthodoxy, but my reverence for inspiration is far greater. I would sooner a hundred times over appear to be inconsistent with myself than be inconsistent with the word of God.” I assembled some of Spurgeon’s thoughts that pertain to this at Spurgeon’s Theology: Embracing Biblical Paradox.

The one systematic theology I love most and use most is Wayne Grudem’s. Wayne is a Calvinist, but I like the fact that be seems always to seek first to be a biblicist. I get the feeling he doesn’t take a position because that’s what Calvinists are supposed to do, but because he thinks Scripture teaches it. If you are looking on a book that capably explains and defends the five points of Calvinism, here’s one option.

Here are other resources regarding Calvinism and Arminianism. I am deliberately trying to give you a wide variety here, not just those that reflect my own position:

An interesting book is Norm Geisler’s Chosen But Free: A Balanced View of Divine Election. Then, The Potter’s Freedom, by James R. White, is mainly a response to Geisler’s book, which White views not as balanced but mostly a restatement of the Arminian position and a rejection of the major tenets of Calvinism. The most recent versions of Geisler’s book include an appendix with his response to White’s critique.

Another interesting book is Beyond Calvinism and Arminianism: An Inductive, Mediate Theology of Salvation, by C. Gordon Olson. Olson also thinks he is taking a balanced view, reconciling the two theologies. Once again, most Calvinists conclude that he is simply a moderate Arminian, not something between the two camps. But he raises some interesting points.

An unapologetic and fur-raising rebuke of Calvinism is Dave Hunt’s What Love Is This? Calvinism’s Misrepresentation of God. The publisher of that book invited a Calvinist to take on Dave Hunt in debate form in a subsequent book. The Calvinist is James R. White (who wrote The Potter’s Freedom). Dave Hunt and James White’s debate is laid out in what I think is a fascinating book entitled Debating Calvinism: Five Points, Two Views.

This is the most interesting book in that it is a true written debate, full of sparks and fire. In each chapter one man presents his own position, his opponent responds, the original writer defends, the opponent gives his final remarks, then the original presenter gets the last word. In the first half of the book the Calvinist, James White, is the presenter. Then, in the second half of the book Dave Hunt is the presenter in each chapter of some aspect of the Arminian position, with the same format of response, defense, and final remarks.

The book is insightful and sometimes lively and entertaining, especially when these men start getting under each other’s skin (and boy, do they; even though they and their editor kept it in check, you have the feeling that they would like to slap each other sometimes). Though I found myself agreeing with White more than Hunt, sometimes I very much disagreed with White and agreed with Hunt.

In all fairness to the Arminian position, Dave Hunt is not its finest advocate. He repeatedly refuses to answer

his opponent and just keeps repeating statements such as “God is love” as if they prove Arminianism. (Of course, to some people they also prove universalism, that there is no Hell, etc.) But because of the energy involved in the two men going at each other, the book is as entertaining as any theology book I’ve read. And though no hard-boiled Calvinist or Arminian will change his mind as a result of the book, many Scripture-searchers who are undecided will find it helpful.

A far better reasoned presentation and defense of Arminianism is by Roger Olson. It’s called Arminian Theology: Myths and Realities. 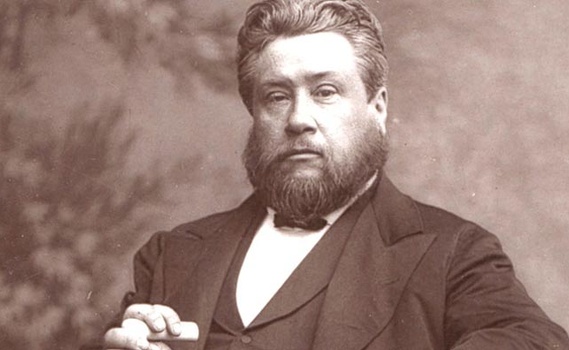 article March 22, 2010
Nineteenth century London pastor, preacher and writer Charles Haddon Spurgeon was a Calvinist. As such, he was opposed by anti-Calvinists and a variety of non-Calvinists. He recognized their salvation and sincerity, but believed their view of God was often too small, and hence their view of man too big.

Some Thoughts on Eternal Security and the Arminian and Calvinist Positions