Sanctity of Human Life Sunday is this Weekend

This Sunday, January 24, is Sanctity of Human Life Sunday; marking the 37th anniversary of the United States Supreme Court decision in Roe v. Wade on January 22, 1973. There is a great spiritual warfare associated with the issue of abortion. Killing children is Satan's way of striking out at the very heart of God. If he cannot kill God, the next best thing is killing those created in God's image. He is killing God in effigy.

Today our churches must, once and for all, dispel the illusion that showing grace means not talking about hard issues. Every time the subject of abortion is brought up, some people get offended, others get hurt. But what is the alternative? Not bringing it up, thus offending God and setting up people to follow the lies of culture, which ends up hurting them far more than telling the truth?

Our doctrine of grace has been distorted by our culture's dogma of tolerance. Many Christians and even some pastors have told me, "It's cruel to bring up the subject of abortion." But by talking about abortion in our churches—with grace and truth—we will prevent abortions and offer forgiveness and healing to women and men who are suffering in silence. The greatest kindness we can offer them is the truth. Women who’ve had abortions and the men who’ve participated in an abortion decision can find help and healing through their local Pregnancy Resource Centers. (Also see the article Finding Forgiveness after an Abortion.)

Last weekend, along with my son-in-law Dan and good friend Diane Meyer, I spoke at my home church, Good Shepherd, about the sanctity of life. Watch the video or listen to the audio from the service. (By the way, the Eternal Perspective Ministries website has lots of prolife resources for pastors, including two PDF handouts that can be downloaded for free, Biblical Perspectives on Unborn Children and How Can I Help the Unborn and Their Mothers?)

As we go through this weekend, I would ask believers to remember and pray for prolife ministries and victimized mothers and babies. If the darkness of child-killing is to be overcome with the light of truth and compassion, it will require spiritual warfare, fought with humble and consistent prayer (Ephesians 6:10-20).

I’ll close with these heartbreaking statistics from the The Liberty Counsel, which are a profound reminder of the devastating effect abortion has had on our country: 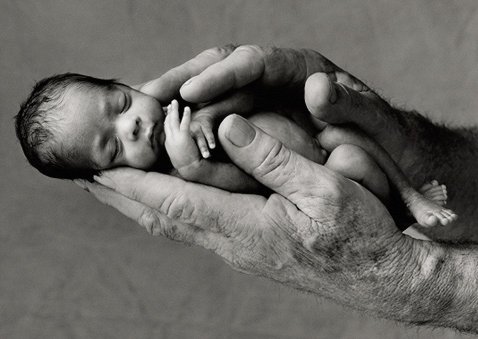 In all the wars in American history combined, from the Revolution to the War on Terror, we have lost approximately 910,000 people. However, in 37 years we have lost about 50 million children to abortion. We lose more children to abortion each day than we lost in all the tragedies on September 11, 2001. About 98 percent of abortions are done for convenience unrelated to health. Less than 2 percent of abortions are done for serious health reasons, rape or incest.

The youth of our nation under the age of 35 are more pro-life than any other generation. A majority of all Americans oppose abortion. Last Monday, on Martin Luther King Jr. Day, about 15,000 people, mostly youth, gathered in Houston, Texas to protest Planned Parenthood’s 78,000 square-foot abortion facility scheduled to open in April in the midst of a minority community comprised of Hispanics and African-Americans. [Read more about Planned Parenthood's first "big box" abortion store in America.] One of the youth held a sign saying, "We survived Roe. Roe will not survive us."