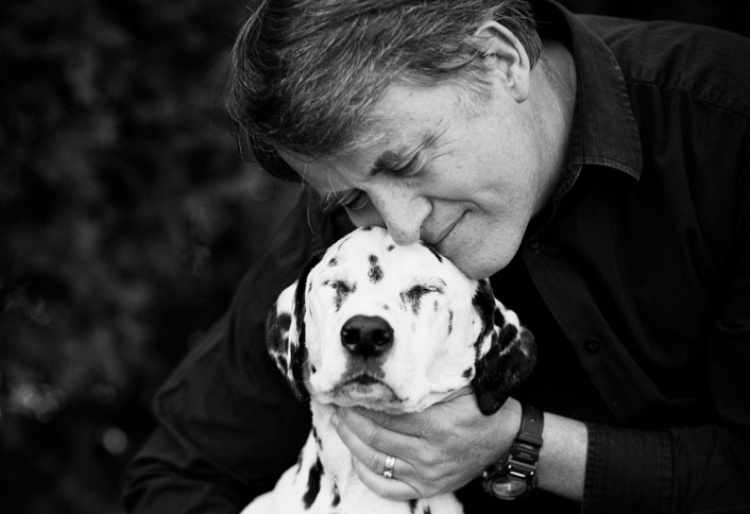 I shared briefly on Facebook what happened a couple of days ago, but wanted to blog about it now and add quite a few other thoughts and links.

Nanci and I had to put to sleep our almost 15-year-old Dalmatian, Moses. Many of you have been there, as indicated by the 150 comments on Facebook that flooded in after I shared the news.

Animals aren’t humans, but they have personalities and display love and affection, and God creates a great bond between us and them.

Of course, animals aren’t as valuable as people, and losing a pet isn’t the same as losing a child or spouse. But it can certainly feel like losing a dear friend, because in fact a pet is capable of being a close friend (you don’t have to be human to be a friend). It is the very differentness of a pet that’s part of what endears us to each other. They can’t be the same that humans can be, but likewise no human can be what a dog or cat or horse can be.

Adam and Eve’s first job, given by God, was to rule over animals. God entrusts these animals to our care. He loves them, and he approves of us loving them. I’ve been thinking about how often God used Moses and the four previous dogs I’ve had to make me laugh, and bring delight, and show me love in times I really needed that unique unconditional love. Even when you’ve blown it and made a fool of yourself, your dog thinks you’re a hero. Even when you don’t sense much love from people, your dog would follow you to the ends of the earth and die for you in a heartbeat. His is an unconditional love. 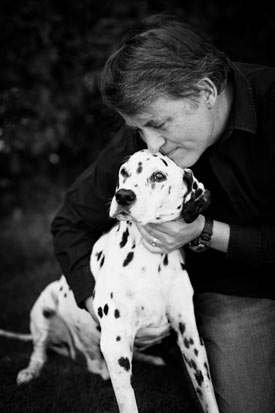 Moses has been failing for the last year and a half, and in the last few weeks he’s been unable to control bodily functions or stand long without losing his balance. It became clear that this time he would not recover. Earlier in the week, Moses fell while trying to get up. He immediately looked me in the eyes, and I sensed as clearly as if it were an audible voice, “It’s time now.”

So a few days ago the vet came to our home and explained there would be two injections, the first to anesthetize him completely, and the second to stop his heart. (I’d done this at a clinic 14 years ago with our previous dog, Champ, and decided this time I wanted it to be done at home.)

One final time I looked into Moey’s eyes during that first injection and saw nothing but utter devotion, absolute love and trust. He knew I would never hurt him, that I would act in his best interests even if it hurt me to do it. I thought, this is exactly the trust and devotion I should have for my Father in Heaven, no matter how tough the circumstances, no matter whether I’m capable of figuring out why. 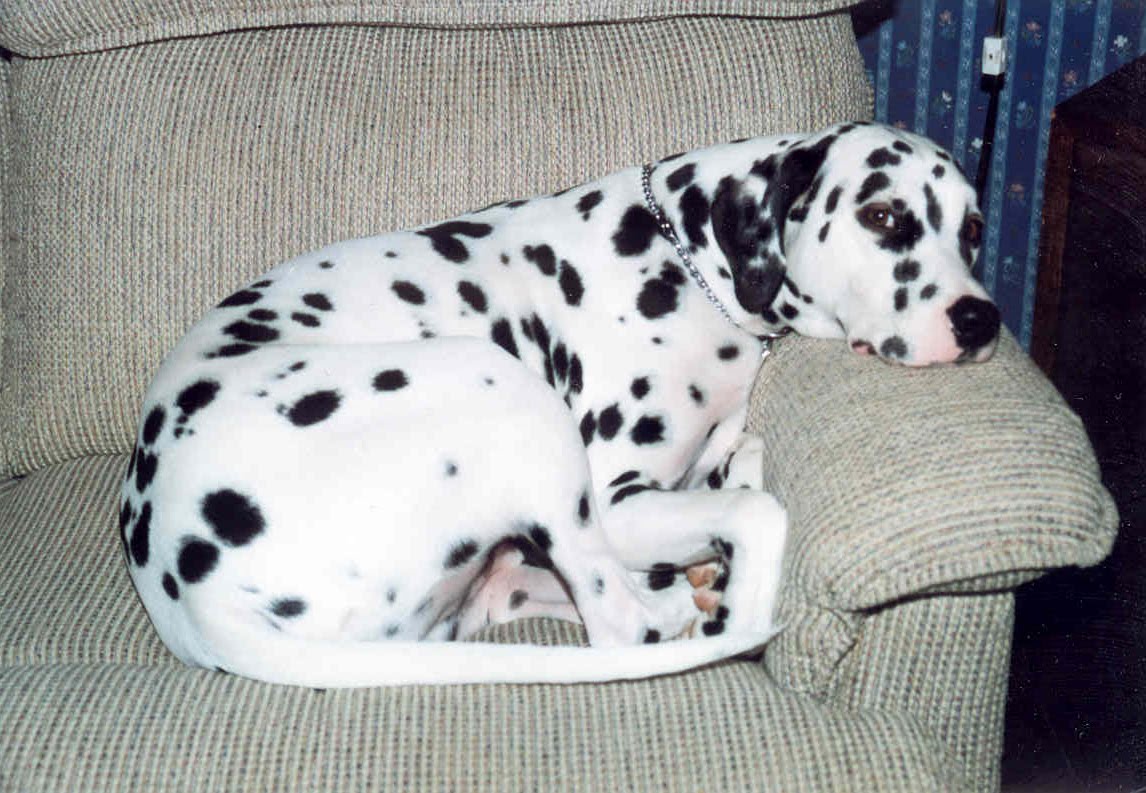 Looking back on it, Nanci and I have learned many lessons from Moses including how much easier life would be if we weren’t intent on escaping through fences, stealing food or chewing remote controls. :)

The day we had to part with Moses was a day of great sorrow, and yet great sweetness. Who can know that inseparable combination like God’s children? The curse weighs heavily on us and the whole creation. The resurrection assures us that as the whole creation, including animals, fell on our coattails, so the whole creation shall rise on our coattails. Our God of sovereign goodness will reverse the curse, and we and the entire world shall rise to new life. There will be no more pain and suffering. I long for that day. Watching Moses die in my arms made me long for it more.

As I sat with Moses in his last hours, waiting for the vet to arrive, I found myself reading the two chapters on animals in my Heaven book. It was one of those rare times when I sensed God talking to me as though someone else had written it. In fact, while researching Heaven I deepened and broadened my theology of animals.

Humorist Will Rogers said, “If there are no dogs in heaven, then when I die I want to go where they went.” This statement was, of course, based on sentiment, not theology. However, it reflects something biblical: a God-given affection for animals. I thank God for Ranger, my black lab, and Spike the mutt, and Champ, my Golden Retriever I grew up with. And for the second Champ, our Springer Spaniel who our daughters grew up with (who was also Nanci’s first dog), and now for Moses, who walked with us through our daughters moving out of the home and starting their own families, and who played with our grandsons. Moses would let those boys wrestle with him, and bump him, and never retaliate.

I’ve written elsewhere about why I’m convinced that there will be animals on the New Earth, where we will live after the resurrection. Besides the two chapters I devote to it in the book Heaven, here’s a brief article and a 5-minute video treatment of animals in Heaven.

Also, I highly recommend this sermon by John Wesley which I quote from in Heaven. It’s a remarkable message about animals spoken by a man who spent thousands of hours with horses.

In her excellent book about Heaven, our friend Joni Eareckson Tada says, “If God brings our pets back to life, it wouldn’t surprise me. It would be just like Him. It would be totally in keeping with His generous character. . . . Exorbitant. Excessive. Extravagant in grace after grace. Of all the dazzling discoveries and ecstatic pleasures heaven will hold for us, the potential of seeing Scrappy would be pure whimsy—utterly, joyfully, surprisingly superfluous. . . . Heaven is going to be a place that will refract and reflect in as many ways as possible the goodness and joy of our great God, who delights in lavishing love on His children.”

In a poem about the world to come, another friend, John Piper, writes,

And as I knelt beside the brook
To drink eternal life, I took
A glance across the golden grass,
And saw my dog, old Blackie, fast
As she could come. She leaped the stream—
Almost—and what a happy gleam
Was in her eye. I knelt to drink,
And knew that I was on the brink
Of endless joy. And everywhere
I turned I saw a wonder there.

MY PRAYER: Thank you, Lord, for what you have taught me through each of my dogs, and through your other creatures, including nine months ago when I spent 90 minutes with Molly the seal.

As I looked into the eyes of Moses in those final minutes together in this world, I sensed unmistakably your presence in your sweet creation. You spoke to my heart through him. I expect it’s likely that by your extravagant grace one day, after the resurrection, Nanci and I will run with those dogs through meadows on your New Earth. Meanwhile, please be with Nanci who has lost a precious and inseparable friend and walking companion.

Thank you for your promise that one day there will be no more pain or sorrow or curse, that You will wipe away the tears from every eye (Revelation 21:4). Thank you that you promise relief not only for human beings, but also for the “whole creation” that now groans in suffering, and is awaiting the deliverance that will come in the resurrection of God’s children (Romans 8:22-24).

Thank you for paying an unspeakable price to extend that grace to us here and now. Help us to be doing what your Word tells us we should: “Looking forward to a new heavens and a new earth in which righteousness dwells” (2 Peter 3:13).

Your grateful and loving son, 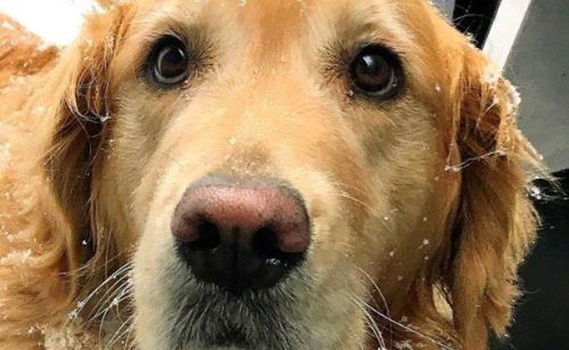 Saying Goodbye (for Now) to Maggie

article March 10, 2021
In February Nanci and I had to say goodbye to our beloved Golden Retriever Maggie, who had been diagnosed with cancer only six weeks earlier. I have tried to write this blog multiple times, but each time I’ve stopped. It will be long, even though I cut out a lot. I have too much to say. 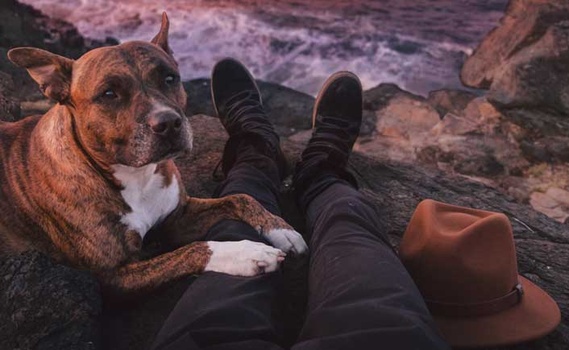 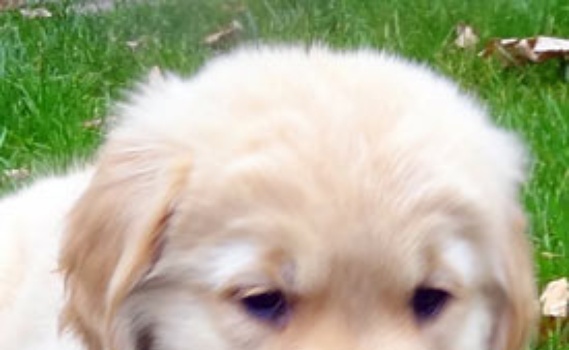 article January 6, 2012
Nanci and I are enjoying our first week with our new Golden Retriever puppy, Maggie Grace, who is nine weeks old. She’s pretty adorable, so I keep pulling out the camera.
Invest in Eternity