J. I. Packer and a Tale of a Typewriter 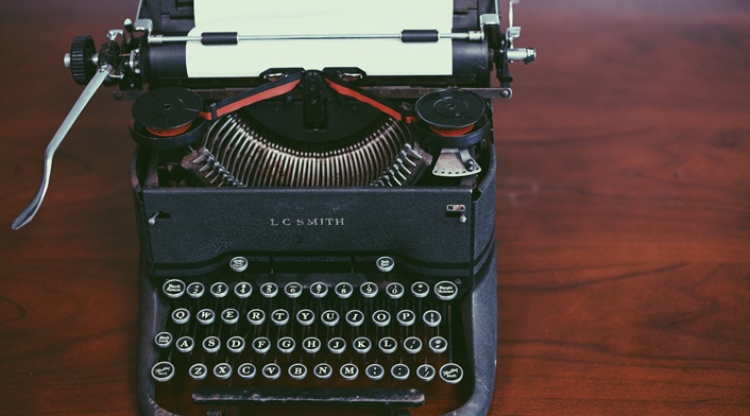 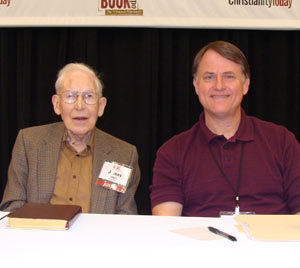 J. I. Packer, author of Evangelism and the Sovereignty of God and other classics, is one of my favorite writers. God has used his book Knowing God in my life profoundly. It is still one of my top five books of all time.

This picture of the two of us was taken a couple years ago at the Christian Book Expo, where I had the privilege of being on a panel with him on the subject of Heaven and Hell. (See my post about the expo for more about that experience.)

Last year my friend Justin Taylor posted the following story about Packer on his terrific blog, Between Two Worlds.

I really enjoyed this story, and hope you will, too.

J. I. Packer’s 11th Birthday: The Tale of the Bicycle and the Typewriter

The “dent” in J. I. Packer’s head is the result of a childhood accident.

In September of 1933, at the age of seven, he had “a violent collision with a truck, a bread van.” The result—damage to the frontal lobe of his brain with a chunk of his skull missing—was a three-week stay in the hospital, followed by six months of recuperation away from school. From that time until he went off to Oxford, he had to wear a protective aluminum plate over his injury and to abstain from all sports. Already a loner, Packer withdrew into solitary activities like reading and writing.

Alister McGrath picks up the story:

Every schoolboy of the period longed for the day when he would own a bicycle of his own. Usually around the age of eleven, at the point when a schoolboy would enter senior school, parents would mark their son’s ‘coming of age’ by giving him a bicycle as a birthday present.

Packer dropped heavy hints that he expected to receive a cycle, like all his friends.

However, his parents knew that they could not yet allow their son to have a bicycle. If he were to have any kind of accident, the earlier injury could lead to something much more serious, and potentially fatal. But what could they give their son instead?

On the morning of his eleventh birthday, in 1937, Packer wandered down from his bedroom to see what present awaited him. The family had a tradition of placing birthday presents in dining room of the house. He expected to find a bicycle. Instead, he found an old Oliver typewriter, which seemed to him to weigh half a ton. Although it was old, in was nevertheless in excellent condition.

It was not what Packer had asked for; nevertheless, it proved to be what he needed. Surprise gave way to delight, as he realized what he could do with this unexpected gift. It was not more than a minute before he had put paper into the machine and started to type. It proved to be his best present and the most treasured possession of his boyhood.

To this day, Packer continues to type all of his manuscripts and correspondence on an old-fashioned typewriter and has never used a computer.

Thankful for a God who does not always give us what we want, but always provides what we ultimately need.

Photo by Daniel McCullough on Unsplash 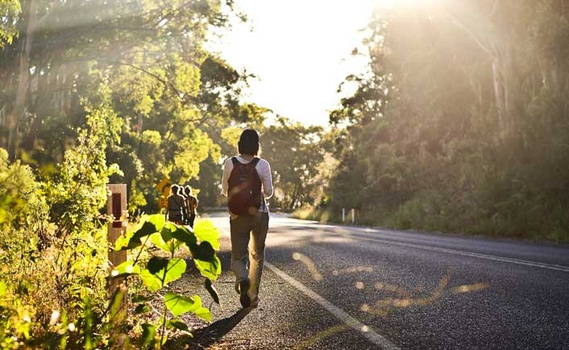 When It Comes to Knowing God, Are You a Traveler or Just an Observer?

article July 4, 2018
On my bike rides I’ve been listening to the wonderful audio version of a book that deeply affected me when I was a young teenage Christian in the 1970s. It’s J. I. Packer’s classic, Knowing God. 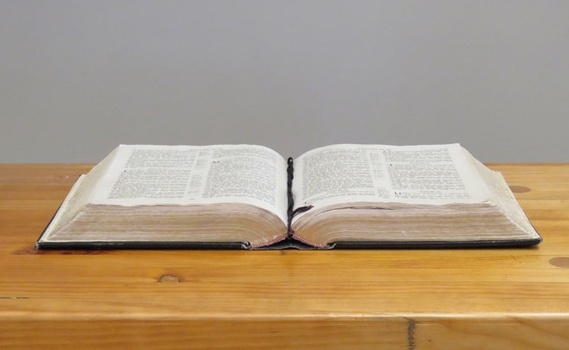 The Old Gospel vs. the New

article July 19, 2013
I love this passage from J.I. Packer, one of my favorite writers, about the true gospel and its purpose. This is from A Quest for Godliness: The Puritan Vision of the Christian Life. 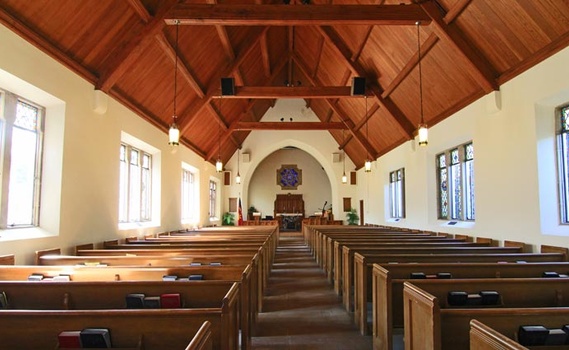 The Elements in True Reformation

article March 1, 2012
In his excellent (though unlikely titled) book Hot Tub Religion, J. I. Packer asks “What would a work of divine reformation in our churches today look like?” Great question, and I loved the six answers Packer—one of my all- time favorite people—offers.
Invest in Eternity