John Piper on Osama bin Laden’s Death: Is God Happy or Not?

I rarely just repost what someone else has written, but in this case I think Piper says it so well it’s pointless for me to take a shot at it. (I also recommend checking out Andy Naselli's blog post "Don Carson on Osama bin Laden.") 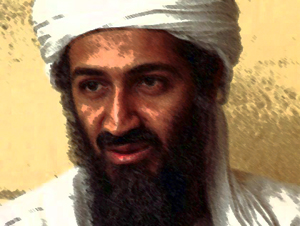 God’s emotions are complex—like yours, only a million times more. Right now, your emotions about bin Laden are not simple, i.e. not single. There are several, and they intermingle. That is a good thing. You are God-like.

In response to Osama bin Laden’s death, quite a few tweets and blogs have cited the biblical truth that “God does not delight in the death of the wicked.” That is true.

This is not double talk. All thoughtful people make such distinctions. For example, if my daughter asks me if I like a movie, I might say yes or no to the same movie. Why? Because a movie can be assessed for its 1) acting, 2) plot, 3) cinematography, 4) nudity, 5) profanity, 6) suspense, 7) complexity, 8) faithfulness to the source, 9) reverence for God, 10) accurate picture of human nature, etc., etc., etc.

So my answer is almost always “yes, in some ways, and no in other ways.” But sometimes I will simply say yes, and sometimes no, because of extenuating circumstances.

Here is why I say God approves and disapproves the death of Osama bin Laden:

In one sense, human death is not God’s pleasure:

In another sense, the death and judgment of the unrepentant is God’s pleasure:

Thus shall my anger spend itself, and I will vent my fury upon them and satisfy myself. (Ezekiel 5:13]

[Wisdom calls out:] Because you have ignored all my counsel and would have none of my reproof, I also will laugh at your calamity; I will mock when terror strikes you. (Proverbs 1:25–26)

Rejoice over her, O heaven, and you saints and apostles and prophets, for God has given judgment for you against her! (Revelation 18:20)

As the Lord took delight in doing you good . . . so the Lord will take delight in bringing ruin upon you and destroying you. (Deuteronomy 28:63)

We should not cancel out any of these passages but think our way through to how they can all be true.

God is Not Malicious or Bloodthirsty

My suggestion is that the death and misery of the unrepentant is in and of itself not a pleasure to God. God is not a sadist. He is not malicious or bloodthirsty. The death and suffering considered for itself alone is not his delight.

Rather, when a rebellious, wicked, unbelieving person is judged, what God has pleasure in is the exaltation of truth and righteousness, and the vindication of his own honor and glory. (For further discussion of God’s heart in judgment see the section in The Pleasures of God called “How Is God Like George Washington?”, pp. 147–149.)

When Moses warns Israel that the Lord will take pleasure in bringing ruin upon them and destroying them if they do not repent (Deuteronomy 28:63), he means that those who have rebelled against the Lord and moved beyond repentance will not be able to gloat that they have made the Almighty miserable.

God is not defeated in the triumphs of his righteous judgment. Quite the contrary. Moses says that when they are judged they will unwittingly provide an occasion for God to rejoice in the demonstration of his justice and his power and the infinite worth of his glory (see also Romans 9:22–23).

Let this be a warning to us: God is not mocked. He is not trapped or cornered or coerced. Even on the way to Calvary he had legions of angels at his disposal: “No one takes my life from me; I lay it down of my own accord”—of his own good pleasure, for the joy that was set before him.

At the one point in the history of the universe where God looked trapped, he was in charge, doing precisely what he pleased—dying to justify the ungodly like you and me. 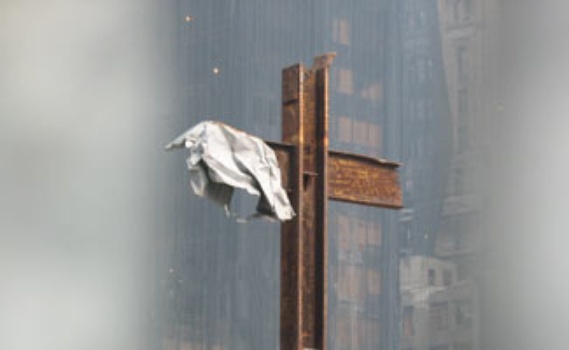 Terrorism, Justice, and Loving Our Enemies

article September 12, 2001
Someone asked me after our Tuesday prayer service in response to the terrorist attack, “Can we pray for justice, and yet love our enemy at the same time?” The answer is yes. 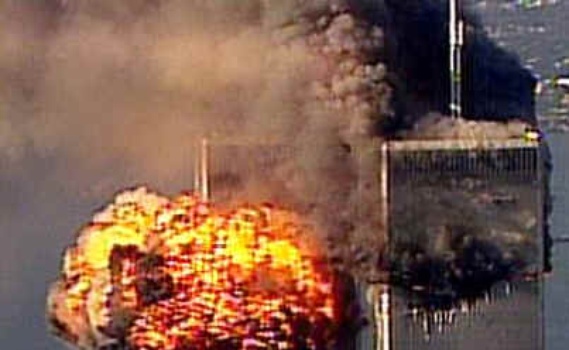 A Christian Response to Terrorism

article September 11, 2001
This is the most difficult day of my life. That apparent terrorist attacks could bring such death and destruction to unsuspecting people is absolutely unthinkable. Yet the numbers of the dead and wounded from these attacks will be extraordinary.
Invest in Eternity