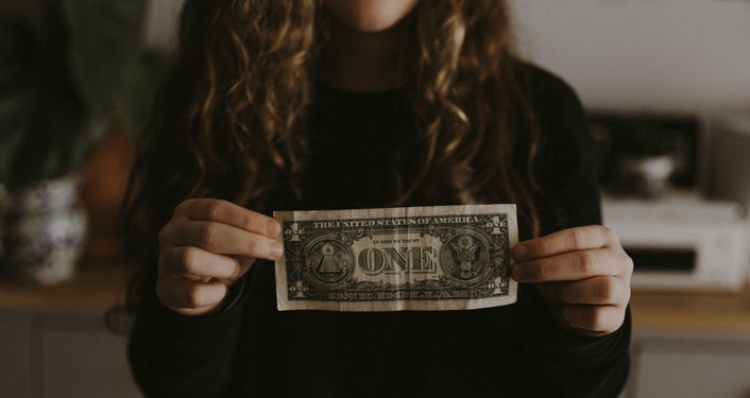 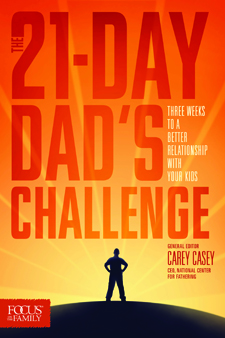 Focus on the Family has a new book out titled The 21 Day Dad’s Challenge: Three Weeks to a Better Relationship with your Kids.  After watching Courageous, men all over the U.S. will emerge from movie theaters wanting to be better dads, and this is an excellent next step. It includes contributions from well-known names such as Tony Dungy and Josh McDowell, and equips men to succeed in practicing “Championship Fatherhood.”

I think it's a great project, and I was glad to contribute a chapter on teaching your kids about stewardship. Here’s an excerpt from my contribution to the book:

Jesus said, “It is more blessed to give than to receive” (Acts 20:35). The Message paraphrases it, “You’re far happier giving than getting.” One of the greatest gifts we fathers can give our children is freedom from materialism.

How? By teaching them to be generous givers who know everything belongs not to them, but to God. And by demonstrating that greater joy is found in giving than keeping.

Giving statistics are bleak. They consistently show that older generations give away a higher percentage of their money than younger ones. We’re failing to teach our children to give, and that failure will both rob them of joy and hinder the work of Christ around the globe.

When our girls were seven and five, I gave each of them three jars labeled “Giving,” “Saving,” and “Spending.” Every time they received money from chores or gifts, they were to put at least ten percent into the giving jar, then distribute the rest between the other jars. Once they put money in the giving jar, it was untouchable until they gave it to the Lord at church.

When they put money in “Saving,” they could spend it only for something planned. But they were free to transfer money from saving or spending to giving, or from spending to saving.

I’ll never forget the night I explained this system to my daughters. They were so excited they immediately distributed the money they already had between the jars. They used those jars for years. This simple system may have resulted in more financial education than anything else my wife Nanci and I did.

Many of us have become so immersed in our culture that we’ve lost the ability to discern what will—and won’t—count for eternity. But Jesus commanded us to store up treasures in Heaven, not on earth (Matthew 6:19-21). We put our treasures in Heaven by giving to build God’s kingdom, not our own.

How can we pass these truths to our children? By example.

The more children witness us practicing wise and generous stewardship, the more natural it will seem. If we give generously, save rather than borrow, and spend carefully, we grant our children a wonderful gift—and guard them from financial disaster.

To learn more and join the challenge, check it out and take three weeks to learn habits that will have an eternal impact on your kids, your family, and your community. 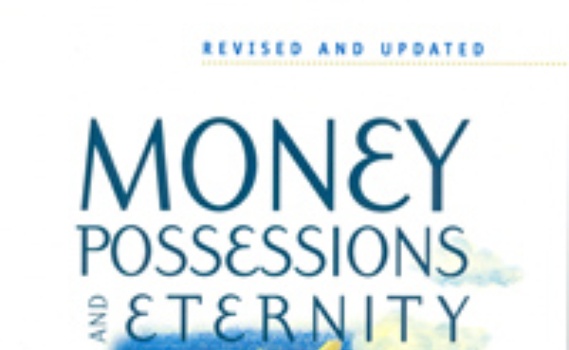 How Do We Teach Our Children About Money?

article March 19, 2010
I am leading a class of young families at my church and we are presently talking about how to teach your children about money. What are your answers to the following questions?
Invest in Eternity