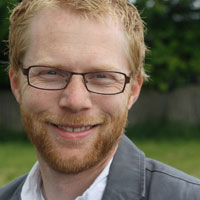 Some months ago I was contacted by Time magazine reporter Tim Newcomb, who asked me a number of questions about the Courageous movie and the novel. Tim’s final article was just published on Time’s online magazine.

As is often the case, decisions are made on the editorial level to allot more or less space to articles, and to include and not include some portions of articles. Since the article was scaled back and Time chose not to use any of the following, I’m now free to post my interview. I have edited a few of my answers to bring them up to date, but 90% of this is what I said originally to Tim Newcomb. (Tim is not only an accomplished writer, but a great guy from my church who I used to play tennis with and talk about the Lord with when he was in high school back in the 90’s).

Do you see the rise of Sherwood following similar lines to that of Christian music and Christian novels?

In terms of crossover and infiltrating secular culture, there are parallels. But the Sherwood story is distinctly different, in that it happened completely outside the mainstream. It wasn’t birthed by a producer or a publisher, the way movies and books, whether secular or Christian, typically are. It began with the vision of a few church leaders who solicited the help of their local church, learning and improvising as they went. There’s a great deal of creativity in local churches, lots of great songwriting and musical performances and even some quality drama. But it’s often limited to songs sung by the choir, skits that illustrate sermon points, or localized Christmas and Easter pageants. People may come to these events from thirty miles away, but almost never do they break out of a community and achieve a regional status, much less a national or international one.

Sherwood Pictures is in many ways unparalleled, a Cinderella story of staggering proportions. How could a church in Albany, Georgia have produced four films, counting Courageous, that have already had an amazing national and international impact, selling millions of DVDs and spinoff books? How could they have done so with mostly volunteer labor, at a fraction of the cost of conventional movie-making? Each movie has been better than its predecessor, and ten times better than what could be expected for the budget. But Courageous raises the bar to a whole new level. When many people see Courageous, they won’t be thinking, “Not bad, for a church” or “Not bad considering it wasn’t done by Hollywood.” A lot of people will just be thinking, “Wow, this is a really good movie.”

How unique is it to have a movie simply be a launching point to tell a story and then have other resources (i.e. books) be the support to further that development?

Some movie screenplays are based on novels, others are written directly for the movie. In those cases, a novelist, such as myself, is called in to do a “novelization” of the screenplay. The fun thing about this project for me is that the excellent spine of the novel Courageous already exists in the screenplay, but the novel is over four times longer, meaning that the novelist must invent 80% of the story line. This is an exciting process, because I am free to use my imagination and introduce new characters and locations and many scenes that are not in the movie. I was determined to remain true to the movie so that while the novel goes behind and beyond the movie, at the same time it never contradicts it.

Many who watch the movie Courageous will want to learn more about the story than what is in the two hours.  The novel is the equivalent of ten hours of screen time, and allows much more exploration of the characters, back-story and subplots as well as new dramatic scenes (without having to spend millions of dollars to produce them).

Likewise, the nonfiction book The Resolution for Men, written by Stephen, Alex and myself, explores a set of commitments made by five men in the movie. This is unusual, since most movies have a corresponding novel, but not a spinoff nonfiction book, unless it’s a “making of the movie” product. 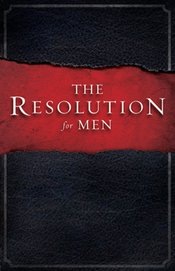 From the outside coming into the Sherwood fold, what has struck you most?

Without a doubt, it’s the character and integrity of Alex and Stephen Kendrick, and the leadership of Sherwood Baptist Church. When I spent three days in Albany, Georgia, researching the novel Courageous, I spent a great deal of time with the Kendricks. I was with them at meals, in the editing room where they were working on Courageous, and in a full day of discussion about the novel and the nonfiction book The Resolution for Men.

They drove me around town, introduced me to people and I observed them in a number of situations with many different people over the course of those three days. I saw them in real life over a long enough period that they couldn’t just put on a happy face and “fake it.” I saw them deal with some challenges and was struck not just with their professionalism and commitment to the artistic elements of moviemaking, but with their personal integrity.

Sometimes the more time you spend with people, the less you admire them. Not so with the Kendricks. What you see is what you get. I saw no hypocrisy or insincerity, and believe me, those things register on my instruments. I met their wives and children and felt their genuine warmth and affection.

I stayed through Sunday in order to worship at Sherwood Baptist Church. I wasn’t prepared to keep noticing people in the choir or the hallway who I’ve seen in Flywheel, Facing the Giants, Fireproof or Courageous. It was an odd experience, but there was nothing superficial or phony in the majority of people I interacted with. Sure, every church is different, but Sherwood Church is the genuine item.

Since I have always written my books on my own, without plugging into someone else’s vision, many people have asked why I would become involved with “someone else’s project.” It’s a good question, and it certainly created challenges. I’ve written over 60 books now, with over 12 million copies in print. I was not desperate to write another one! I choose my projects carefully. That’s why I took a good look at Sherwood, because I don’t want to put my name on anything that isn’t both high quality and honorable. For the Courageous project, I felt good about becoming part of a storytelling team led by people who are not only dedicated and skilled, but honest and authentic.

The Time Is Ripe for Courageous

article September 28, 2011
The more people show up opening weekend, the longer it will stay in the theaters and the more lives it will touch! 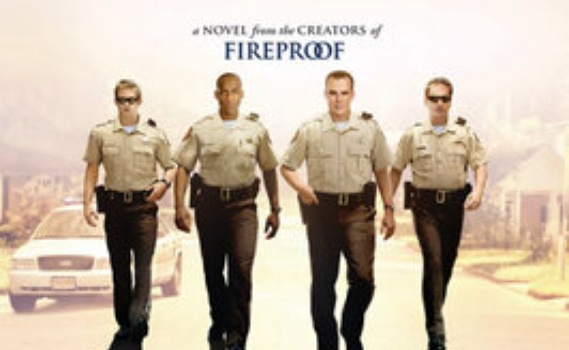 article September 14, 2011
The challenge is to be 100 percent true to the movie and yet still develop a compelling part of a larger storyline that’s not in the movie. 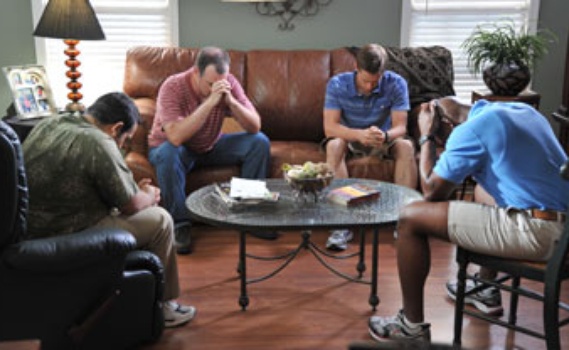 article September 9, 2011
Every novelist knows that movies don’t just have plots, they have themes. And in the exploration of those themes there is inevitably a message, whether or not it is carefully crafted.
Invest in Eternity