In my last post, I included part 1 of an unused interview about the Courageous novelization and movie with Tim Newcomb, a writer for Time Magazine. Here’s the rest of my answers to Tim’s questions.

As a novelist, do you find it to be the intertwining of a message with a story—instead of just a story—that helps bring people to Sherwood films? 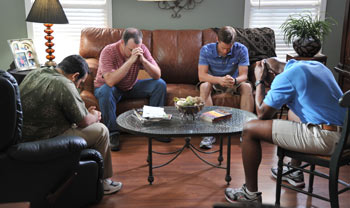 Yes, that’s certainly true. Every novelist knows that movies don’t just have plots, they have themes. And in the exploration of those themes there is inevitably a message, whether or not it is carefully crafted. The message may be that life is random, pointless, hopeless, chaotic, cruel, or that it is full of both good and bad, and that even in the bad there can be ultimate purpose and meaning. Every writer and director has a worldview, and the movie will reflect it.

The Kendrick brothers have a distinctively Christian worldview. But people are drawn to their movies not because nothing bad happens in them, but because even when bad things happen—and bad things certainly happen in the movie Courageous—there is a surprising amount of good that surrounds it, and even comes from it. This isn’t Pollyannaish, rather it is redemptive, and it rings true to life.

The highest compliment a New York Times book review can give is to call a novel “a redemptive story.” People love redemptive stories, and that’s what Courageous is—a powerful redemptive story. Now, because the book is longer, I had to have many more things go wrong in the story line that demanded resolution. If I had not added any new characters, new scenes, new conflict or new humor, the novel would have been a miserable failure. Many movie-goers are readers, and they expect to learn a lot more and immerse themselves deeper in a novel than is possible in the much shorter format of the film.

Even when they face tragedies, most people, regardless of whether they are Christians, don’t want to die, they want to keep on living, because they believe that life is worth it. They believe there is reason to keep going, and they hope for something better. The Christian faith deals directly and honestly with the problem of evil and suffering, while affirming  there is a sovereign and good God who loved the world so much that he became a man to take the world’s evils and suffering on himself, so that people can live forever with Him, experiencing eternal goodness. The gospel is the prototype redemptive story. Many people believe in and want to see that sense of hope, that redemptive element, in books and movies.

What kind of reaction have you received when telling people what projects you are working on for Sherwood?

The response has included a lot of surprise, partly because, as I said, for 27 years now I have been writing what God has entrusted to me, not others. I have a strong sense of responsibility to my novel readers because there are certain things they’ve come to expect from my stories, and those are not easily incorporated into a book that started with someone else’s vision.

But when I explain my reasons, my readers’ responses has been very positive. Furthermore, the first three Sherwood movies have many loyal fans. They are each good stories, showing increased professional quality. Having seen all four movies, I’m convinced that Courageous is a major step forward.

People love the idea of seeing the movie, then exploring it in the novel form, in characters and storyline and themes in greater detail at their leisure. 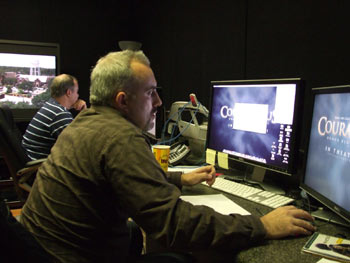 Movie making and book writing are not contradictory, but supplementary mediums. Watching Alex and Stephen sit at their computers surrounded by big screens, editing Courageous, showed me that making a good movie is remarkably similar to making a good book, which I’ve been trying to do for twenty-five years. The painstaking editing process helps you to make it into the most compelling story that reaches into hearts of the audience.

What makes a story unforgettable and haunting and the subject of water cooler conversations is the same thing in movies as it is in books. We crave a story that has the ring of truth, that involves action and conflict and the growth of characters we care about. A story that we don’t leave behind when we leave the theatre or read the last page of the book. We want a redemptive story that stays with us and changes us for the better. That’s what I’m convinced the movie Courageous will do, and the Courageous novel also.

One thing I should add that I didn’t say in the Time interview: no movie and no novel is sufficient to change a life in the way that is necessary for the long haul. That requires a work of God’s Holy Spirit that continues over time. It also requires a change of life priorities and habits. Men and women need to turn off the television, look away from the computer and read God’s Word, read great books, talk with their children, join Bible studies, and become accountable to others to grow in their walk with God, their marriage and their parenting.

Though a movie isn’t enough to change people, it can be one more instrument used by God to get their attention and challenge them to take the next step. The key to long-term growth and turning around hearts and families will obviously not be theatres showing movies, but churches and families and individuals meeting with God and each other day after day, calling upon Him to transform us, by the grace and truth of Jesus Christ and the power of His Holy Spirit. 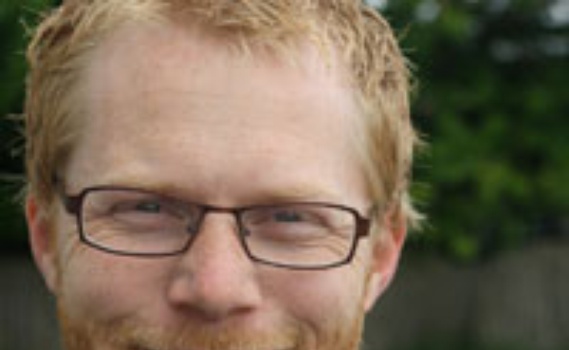 article September 7, 2011
Some months ago I was contacted by Time magazine reporter Tim Newcomb, who asked me a number of questions about the Courageous movie and the novel.

A Funny Story about Researching for Courageous

audio August 18, 2011
In this audio clip, Randy Alcorn talks about an experience he had while resarching the police and gang life in Albany, Georgia for the novel Courageous.
Invest in Eternity