Nick Vujicic: “He Uses Me Just the Way I am”

In If God Is Good, I share the story of Nick Vujicic, a man born without arms or legs. In this great one and a half minute video from his ministry, Life Without Limbs, you’ll be introduced to Nick and get a glimpse of how God is using him to draw people to Christ. 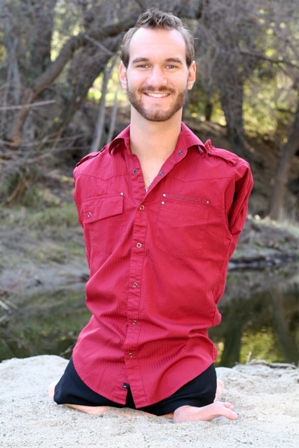 When Nick was born, both his mom and his dad, an Australian pastor, felt devastated by their firstborn son’s condition. “If God is a God of love,” they said, “then why would he let something like this happen, and especially to committed Christians?” But they chose to trust God despite their questions.

Nick struggled at school where other students bullied and rejected him. “At that stage in my childhood,” he said, “I could understand His love to a point. But... I still got hung up on the fact that if God really loved me, why did He make me like this? I wondered if I’d done something wrong and began to feel certain that this must be true.”

Thoughts of suicide plagued Nick until one day the fifteen-year-old read the story in John 9 about the man born blind: “but that the works of God should be revealed in him” (NKJV). He surrendered his life to Christ. Now, at age twenty-six, he’s earned a bachelor’s degree and encourages others as a motivational speaker. (Nick also recently got married; congratulations to him and his new wife Kanae Miyahara.) 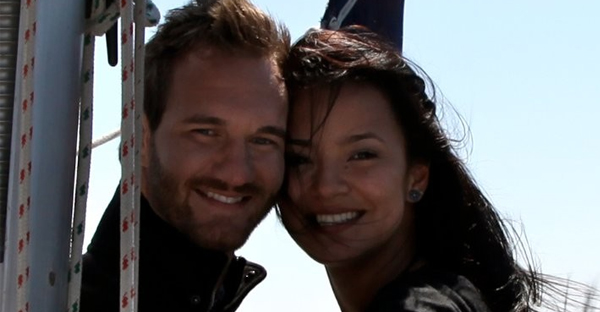 “Due to the emotional struggles I had experienced with bullying, self-esteem and loneliness,” Nick says, “God began to instill a passion of sharing my story and experiences to help others cope with whatever challenge they might have in their lives. Turning my struggles into something that would glorify God and bless others, I realized my purpose! The Lord was going to use me to encourage and inspire others to live to their fullest potential and not let anything get in the way of accomplishing their hopes and dreams. God’s purpose became clearer to me and now I’m fully convinced and understand that His glory is revealed as He uses me just the way I am. And even more wonderful, He can use me in ways others can’t be used.”

When Christ’s disciples asked whose sin lay behind a man born blind, Jesus said, “Neither this man nor his parents sinned” (John 9:3). Jesus then redirected his disciples from thinking about the cause of the man’s disability to considering the purpose for it. He said, “This happened so that the work of God might be displayed in his life.” Eugene Peterson paraphrases Christ’s words this way: “You’re asking the wrong question. You’re looking for someone to blame. There is no such cause-effect here. Look instead for what God can do” (MSG). 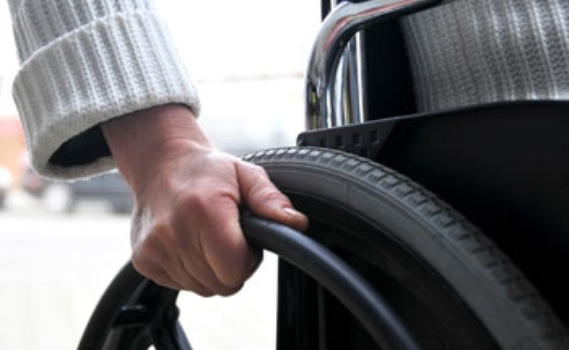 Why, O God?: Suffering and Disability in the Bible and the Church

article August 19, 2011
I have never said yes to endorsing a book, much less to writing its foreword, unless I believed in it. I anticipated Why, O God?: Suffering and Disability in the Bible and the Church, edited by Larry Waters and Roy Zuck, would be good, but I am pleased to find it exceptional. 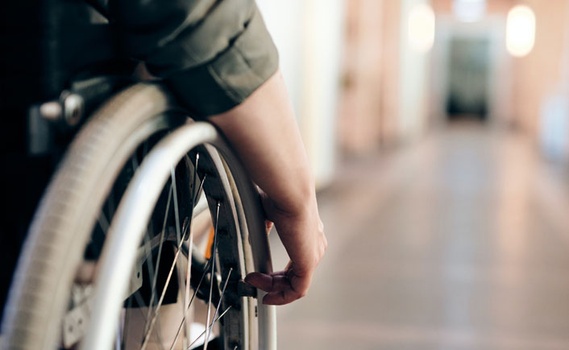 Is It Fair for a Handicapped Person to Spend a Lifetime in a Wheelchair and Have to Wait Until Heaven to Walk?

article March 29, 2010
Without an eternal perspective, without ­under­standing the reality that the best is yet to come, we assume that people who die young, who are handicapped, who ­aren’t healthy, who ­don’t get married, or who ­don’t _____ [fill in the blank] inevitably miss out on the best life has to offer.
Invest in Eternity