Do You Plan to Write More Fiction? 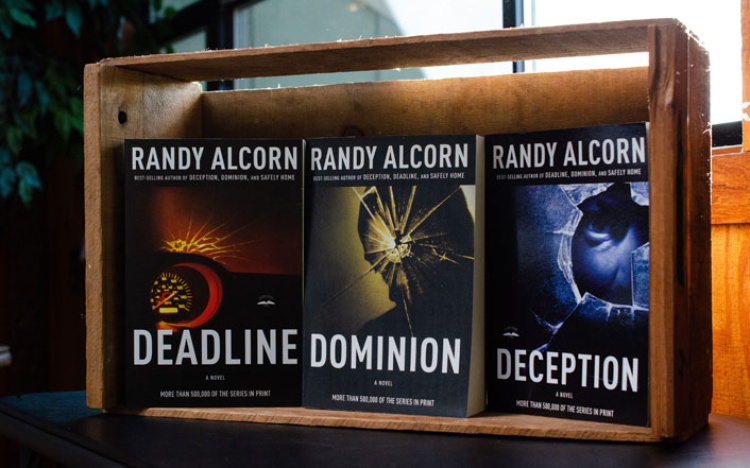 Someone left a comment on my blog saying, "I enjoyed reading your fiction books from Dominion to Safely Home. Is there any plan to write another novel?"

I wrote a book before Dominion, called Deadline, and I’ve written a couple of novels since Safely Home, one of which was Deception. I used the same setting and characters as Deadline and Dominion, although there were many years in between writing them. Deception is the story of Detective Ollie Chandler, who is the viewpoint character. In 2011 I wrote the novel Courageous, which was based on the screenplay for the movie by the same name.

I just finished a short fiction project, a graphic novel (if you’re not familiar with the term, that’s an extended comic book form) that is going to be titled Eternity. It’s a story about the rich man and Lazarus from Luke 16. I’ve been going back and forth with the artist and editor, and it’s been a very fun project. I can’t wait to show off the beautiful artwork, which is being illustrated by a terrific artist who has worked with Marvel Comics.

One of the things I love about this project is that there’s a whole demographic—meaning people of a certain type—who read graphic novels. Many of them are males, though many females read the books as well. What’s interesting is that although fewer young men in our culture are reading traditional books (which saddens me), they are reading these graphic novels. I’m excited to be able to reach that audience. These people may have facial jewelry and tattoos and may be aged anywhere from 12 to 15 years old on up to their twenties or early thirties. They aren’t people you would expect to pick up most of the books I’ve written.

I just love the idea of junior high, high school, and college-aged young people, and older people too, being drawn to a beautifully illustrated graphic novel that contains the gospel, and is based on a powerful story that Jesus told. Elaborating on that story has been very fun for me, though it’s a very short form story, since there’s not that many words in a graphic novel.

For the long haul, this graphic novel is going to be the basis for my next big fiction project with Tyndale Publishers. (It might be called The Rich Man and Lazarus, or possibly something more creative.) It will in essence be me developing the “story behind the story”, which of course will be extended far more than in the graphic novel, with a word count that will be much bigger.

In Luke 16:28 the rich man says he has five brothers still on Earth, and I’m going to tell the story of those five brothers as well as the story of Lazarus, who was brought to the gate every day to beg, and was grateful for any crumbs of food that fell. In the novel, I’ll include a servant in the house named Tobias who comes out and cares for Lazarus. Perhaps one of the brothers will come to faith in Christ while the other brothers totally reject Him. I’m also going to include Jesus himself as a character walking through the streets of Jerusalem, teaching and performing miracles.

So the graphic novel is a very fun project I’ve already written, and will be released October 2012. This has given me a huge head start on writing the full-length novel in the future. Basically, that’s my plan. (If you want to know all about my other novels, several of which I didn’t mention, go to our website and check them out!) 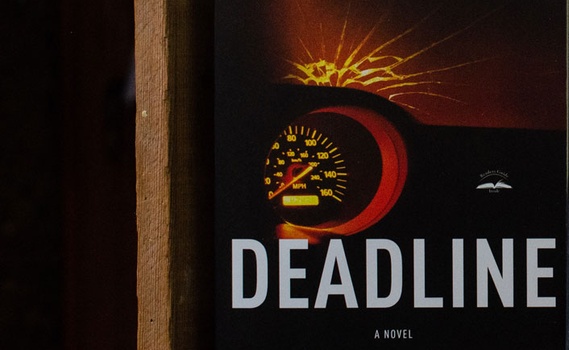 My Novel Deadline and a Story of God’s Relentless Love

article June 14, 2021
Despite the fact that I finished writing it in 1993, twenty-eight years ago, in the last few months, our ministry has received multiple reader responses to Deadline. I have long believed that the Holy Spirit providentially brings certain books to the fore at certain times, touching many hearts even with older books and sometimes not bestsellers. 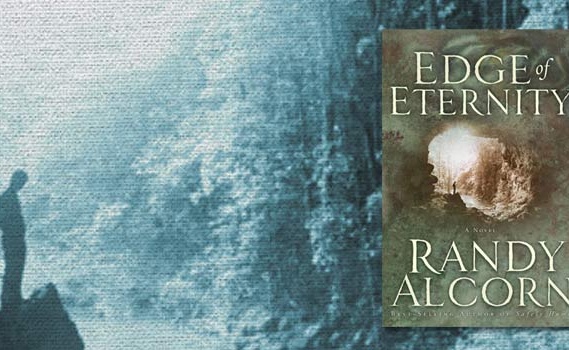 article October 11, 2013
Edge of Eternity is one of Randy’s novels that’s quite different from some of his other fiction works; it takes place in an imaginary world that allowed him to depict invisible spiritual realities in visible ways. 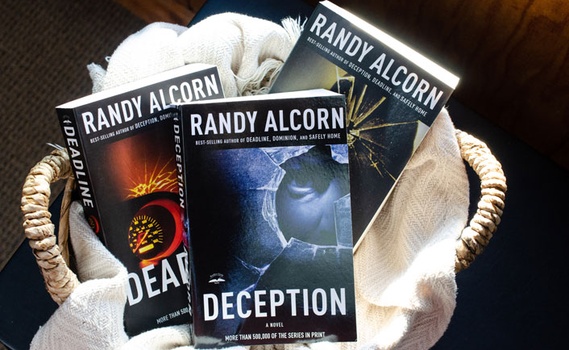 video February 4, 2011
For a long time Christians were reticent to enter the field of fiction writing. Although fiction had been popular in the secular field for a long time, it was sparse in Christian publishing.
Invest in Eternity