This guest blog is by Tami Yeager, who worked for EPM for several years. During that time she was also a community voice coordinator for The Voice of The Martyrs.

This month marks the 45th anniversary of The Voice of The Martyrs (VOM). It was in October of 1967 with $100, an old typewriter, and 500 names and addresses that Richard Wurmbrand published the first issue of Jesus to the Communist World, later renamed The Voice of The Martyrs. It was a newsletter dedicated to sharing the testimonies from our brothers and sisters in restricted and hostile nations.

Both Richard and his wife Sabina had been imprisoned in Communist-ruled Romania. Richard spent nearly 14 years in prison, three of which were in solitary confinement.  Sabina spent three years in forced labor on the Danube Canal. Birthed from their time of torture came a passion to share the stories of the persecuted church with the free world.

Today, VOM continues to stay the course originally set by Richard and Sabina. One of the main purposes is to bring encouragement to persecuted Christians, especially by giving their testimonies a voice and sharing them with the American church.

My introduction to The Voice of The Martyrs came through a newsletter handed to me in 2003. The stories in this publication disturbed me greatly, yet I was compelled to learn more. I found in the words of these pages real people with real stories. I was being confronted with a reality that did not fit into the neat package I had unknowingly wrapped my knowledge of God in. 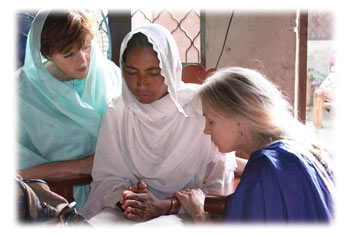 I would soon learn that the stories being introduced to me were only the beginning. The reality is, they represent what following Christ looks like for most of the church in the world. Richard Wurmbrand speaks of this in his book Tortured for Christ when he writes, “Persecution is not, nor ever will be, foreign to the Church on the earth.”

As I learned more about the persecuted church, I sensed a passion for those who suffer igniting within me. In 2004, I attended a Regional Conference at the Voice of the Martyrs headquarters in Oklahoma. As each speaker took the platform, I witnessed the purest form of humility and sweet surrender to Christ (see 2 Corinthians 2:14-15).

The first evening I listened as a man from Pakistan explained the hardships the Pakistani church endures, and then described the torture and eventual murder of a young Christian boy. This young man died at the hands of his torturers simply because he was a Christian. For the first time in my life I contemplated the possibility that God does not intervene in every situation and take the suffering away from His people.

That evening I went back to my hotel room and had a heart-to-heart talk with the Lord. Up until that time I had been crying out to the Lord to “Send me!” Now I was asking Him to not fulfill those prayers. The burden in my heart for those who suffer was greater than I felt I could bear. I spoke to the Lord again from the neatly-crafted package of comfort, safety, and control I wanted to create for my life. He graciously listened to me try to tell Him what to do.

Day two of the conference began with me feeling assured—certainly my talk with the Lord was successful and I had effectively canceled out all those “send me” prayers! It was then that a young man from the Middle East began to share about his work, which includes traveling great distances into hostile territories controlled by militant Islam. These are places where Christians die for their faith. He shared his family’s pleas not to do the work God had called him to.

Pictures were displayed on a screen behind him of people receiving the Bibles he delivered. Their expressions of curiosity and delight captivated me. As he spoke, he seemed puzzled by those who ask why he goes to such dangerous places. His response was simply, “Since when has the gospel been safe?” 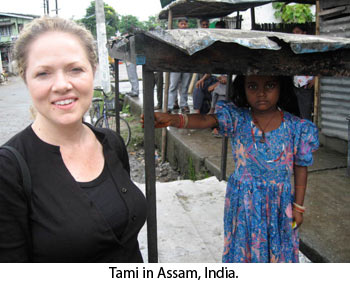 I felt as if I were alone with the Lord in the room. This statement seared my heart, and I knew the Lord was speaking directly to me. I recalled the list of demands I called “a prayer” the night before, and heard Him say to me, “I did not create you that way.”  At that moment, I said “Yes!” to His way in all my life.

Shortly thereafter I joined the Voice Volunteer Network, a ministry of VOM.  As area coordinator I lead area representatives from Oregon, Idaho, and Alaska. We are among over 300 area representatives and area coordinators who speak for the persecuted church in the United States. It is a joy to share the stories of our brothers and sisters who are persecuted for their faith with the American church. “Remember them that are in bonds, as bound with them; and them which suffer adversity, as being yourselves also in the body” (Hebrews 13:3).

When asked how we can help the persecuted church, the number one request is, “Remember us, and pray for us.”  I will never forget representing VOM at one of our regional conferences years ago. We had decorated a display table with books and a large chain-link, a visual reminder of our bond with those who suffer. A young Chinese woman named Sarah was one of the speakers at this conference. (Her testimony is shared in part in a DVD story called Sarah’s Trail of Blood.) Sarah was at the display table, and I watched as she quietly ran her hand slowly across the chains that were displayed. She looked up at me and said with tears in her eyes and deep appreciation in her voice, “Thank you for remembering us.” 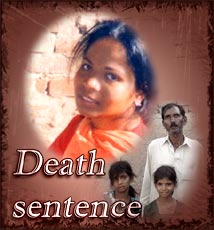 The church in America can join with the body of Christ around the world to pray and remember the persecuted church on November 11th, which is the International Day of Prayer (IDOP).  This year will be the fourth year Christians have prayed for the release of Asia Bibi, a young wife and mother of two from Pakistan who was arrested by police on June 19, 2009. You can read more about Asia and other prisoners at www.prisoneralert.com.

And the smoke of the incense, which came with the prayers of the saints, ascended up before God out of the angel's hand (Revelation 8:4). 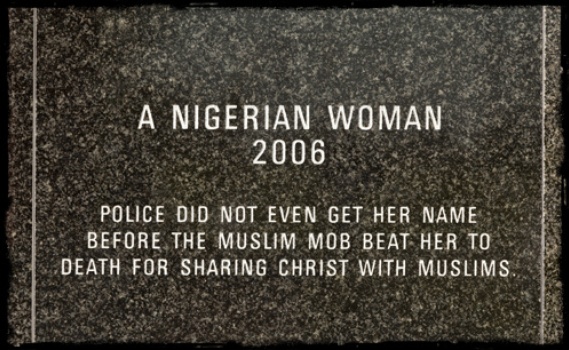 Of an Unnamed Nigerian Woman

article August 15, 2014
Displayed on the Martyrs Monument (at The Voice of The Martyrs USA ministry office in Bartlesville, Oklahoma) are the names of many martyrs—each one representing a real person with a real story. 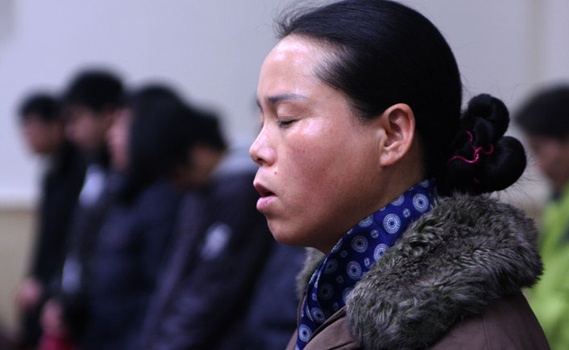 article September 13, 2013
When Randy wrote Safely Home, no one knew how readers would respond—especially considering the topics of persecution and martyrdom that the novel deals with are anything but light and superficial.

article November 11, 2011
This Sunday, November 13, is the International Day of Prayer for the Persecuted Church, a global day of intercession for persecuted Christians worldwide.
Invest in Eternity