Thoughts on Cremation vs. Burial, and the Resurrection Question 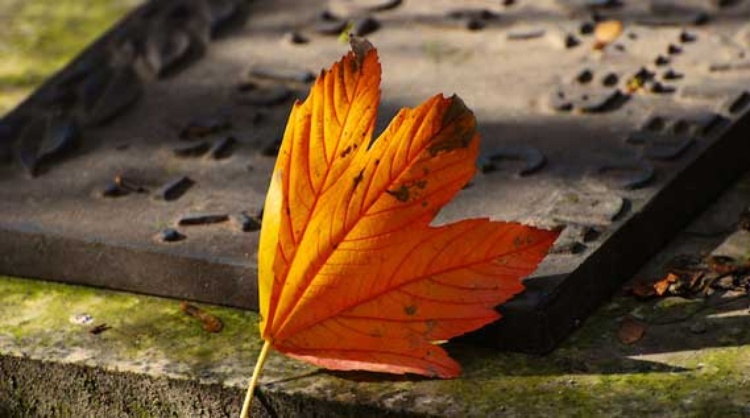 I’ve been asked several times over the years about my thoughts on burial vs. cremation. I do have an opinion. I share some reasons why in this video and the article that follows. While I was trying my best not to make people feel guilty who have chosen to cremate loved ones, I think in this video taken when I was speaking about the resurrection, I overstated my reluctance to take a strong position against cremation, even though I express my own preference for burial. Hence, what’s written below expressed a stronger position against cremation than I gave in the video.

My point in this blog is not to put anyone in distress or have them second guess past decisions. Rather, this is only for those who are interested and are thinking about future decisions.

As for whether God can resurrect a body that’s been cremated, that’s no problem whatsoever! Think of all the people incinerated in terrible fires, and all the atoms and molecules and DNA dissipated and reabsorbed into the eco-system over thousands of years. Cremation and burial result in the same essential change in chemical nature. The primary difference is that cremation is an action to make that change nearly instantaneous rather than gradual. But in any case our all-powerful God will have no trouble making a perfect resurrection body out of the fragments He will raise.

The other issue is whether there is any Scriptural preference of cremation or burial. Personally, I believe Scripture suggests burial is the appropriate way to deal with a dead body—“for dust you are and to dust you will return” (Genesis 3:19). This seems to imply the body is to be allowed on its own to return to dust, not that action should be taken by others to turn it to dust.

God said to Abram, “You will go to your fathers in peace; you will be buried at a good old age” (Genesis 15:15). Scripture records the burial of Sarah, Rachel, Leah, Isaac, Rebekah, Jacob, Miriam, Aaron, Joshua, Gideon, Samson, Samuel, David, Solomon, Elisha, and others. We’re told of Joseph, “So Joseph died...and they embalmed him, and he was put in a coffin in Egypt” (Genesis 50:26). Obviously it would have been much easier for them to cremate Joseph’s body and carry around his ashes for forty years, but this was not the chosen way. God Himself buried Moses on the top of Mt. Nebo (Deuteronomy 34:5, 6). If God preferred another means of disposing a body besides burial, this was an opportunity to choose it. He didn’t.

Hebrew burial wasn’t identical to ours, as it was more often in tombs than underground, but the point is that the body was not destroyed by fire or any other means, but was “laid to rest” somewhere intact.

In contrast, heathen nations often burned dead bodies (and sometimes live ones). Some cite Amos 2:1 as an anti-cremation passage. “Thus says the Lord: ‘For three transgressions of Moab, and for four, I will not revoke the punishment, because he burned to lime the bones of the king of Edom.’” I’ve never studied this contextually or historically, so I’m not sure whether there’s validity to using it that way. But one of the few references to God’s people burning bodies is in Joshua 7:24-25 where Achan and his family are stoned and then their bodies burned. Clearly, this related to God’s judgment on Achan’s terrible sin.

In the New Testament we see the burials of John the Baptist, Ananias, Sapphira, and Stephen. Jesus, of course, was also buried (Matthew 27:58-60). I’ve read that when Christians were torn by wild beasts in the arena their brothers and sisters carefully collected their remains and buried them in the Catacombs. Burial was considered an important and loving act.

Timothy George explains that “Christian gravesites were called coemeteria (cemeteries), which literally means ‘sleeping places,’ reflecting belief in a future resurrection.” Scripture frequently referred to death as “falling asleep” (see 1 Corinthians 15:6, 18, 20; 1 Thessalonians 4:13-15 ), reflecting the belief that the bodies of the dead are awaiting resurrection life, and that because Christ’s return is imminent, He might return at any time to awake them and raise them to eternal life.

Burial demonstrates respect for the body. It allows natural processes (well, natural under the Curse) to occur, without us taking direct action to destroy the body. True, the dead body is no longer animated, but the fact remains it was handmade by God and once served a sacred purpose as the temple of His Spirit (1 Corinthians 6:19), and will again serve as an essential aspect of one’s God-created identity. Romans 8:11 says, “If the Spirit of him who raised Jesus from the dead dwells in you, he who raised Christ Jesus from the dead will also give life to your mortal bodies through his Spirit who dwells in you.” If God chooses to destroy what belongs to Him, through natural processes or anything else, that’s up to Him. But do we have that same right to destroy what we didn’t make and what doesn’t belong to us?

While bodies were frequently burned in heathen nations, burial was the consistent practice of God’s people, the Israelites, and also of the early church: “Godly men buried Stephen” (Acts 8:2). Christ’s burial is stated as a component of the gospel (1 Corinthians 15:3-4). We were “buried with him through baptism” (Romans 6:4; Colossians 2:12).

As believers, we will escape the coming judgment of the world that will be judged with fire (Revelation 20:14). Our resurrected physical bodies will not burn in the fires of hell but will enjoy God’s presence in the eternal Heaven (New Earth). To destroy the body by fire rather than to bury it doesn’t seem to fit the biblical precedent or its pattern of symbolism.

In the great resurrection passage, Paul talks of the body being “sown,” a reference to burial (I Cor. 15: 42-44).The body being sown as a seed put in the ground is a particular picture. Burning a seed rather than planting it doesn’t fit that picture. That doesn’t prove it’s wrong, only that it’s not in keeping with Paul’s analogy between burial of the body and the planting of a seed. John Piper writes, “Paul’s understanding of burial is that this was a picture of being ‘sown’ in the ground like a seed that will sprout with wildly superior beauty at the resurrection, when the graves are opened at the coming of Christ. …Burial—sowing the seed of the body—is the biblical picture of belief in the resurrection of the body.”

Eastern religions tend to disregard the body and seek to be free of it. Hence, utter destruction by fire fits their worldview. Biblical Christianity awaits a resurrection, realizing the same bodies put into the ground will be raised by God. Hence, destroying those God-created bodies which He promises to raise doesn’t seem appropriate.

It could be argued that questions of the body’s disposal are purely cultural, and just because Israel and the first-century church practiced burial and not cremation is no reason we should. Still, the consistency of this practice among God’s people and the fact that pagans often burned bodies, as well as the dreadful association of fire with God’s judgment, is suggestive.

Of course, there are arguments for cremation based on economics or convenience. I see no direct biblical argument for cremation. Yes, it is cheaper, but as John Piper suggests in the article linked to below, the body of Christ could help those who would choose burial were it not so expensive. My strong preference is to go with what I see in Scripture, that God appears to be pleased with the practice of burial.

John Piper provides four more reasons, beyond the biblical considerations, to choose burial over cremation. Here’s one of them:

“The first cremation in America took place in 1876, accompanied by readings from Charles Darwin and the Hindu scriptures. For many years, relatively few persons (mostly theological liberals and freethinkers) chose cremation.” (Timothy George)

Of course, countless Christians, unaware of or unconvinced by this logic, have chosen and will choose cremation. Again, this creates no problem for God or our loved ones regarding the resurrection. I’m just sharing these thoughts for those who may be curious, and for those considering future decisions.

For further insights on the topic of cremation, see this article by John Piper, some of which I have quoted above. (Piper also suggests that churches consider having a special fund to help families offset the expenses related to burial.) 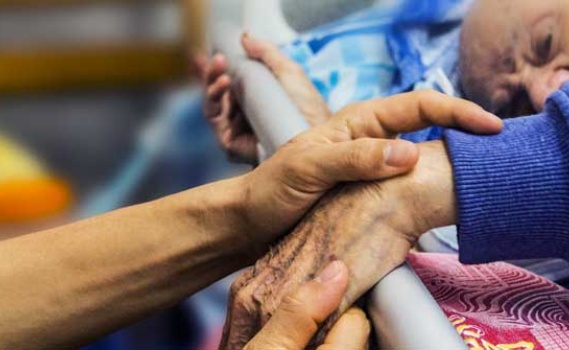 Five Reminders As We Serve the Dying and Their Families

article March 6, 2017
Before I started Eternal Perspective Ministries, I served as a pastor for 14 years. When I was in the ministry, I found myself spending a great deal of time ministering to dying people and comforting their families. People look to pastors for guidance, help, and perspective during difficult times of life. 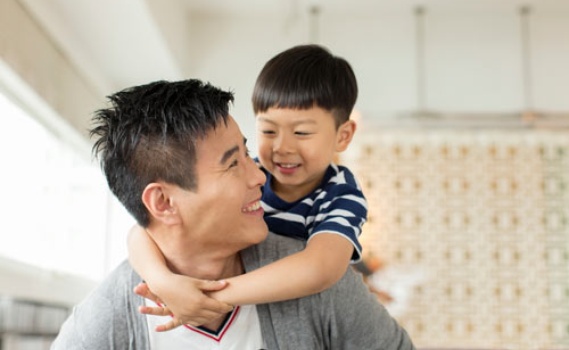 Why Talking about Mortality with Your Loved Ones Isn’t Morbid, But a Gift

article September 24, 2014
If Christian parents remind their Christian children that the worst that can happen in death is temporary separation, it’s reassuring. 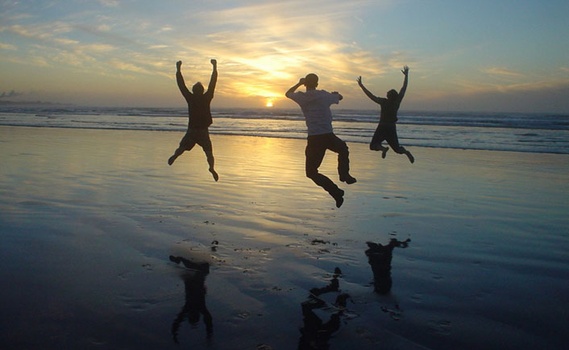 article March 4, 2010
Someone recently showed me an article from a reputable Christian magazine that stated we will not have physical bodies in the future heaven, based on an (incorrect) understanding of the reference in 1 Corinthians 15 to a “spiritual body".
Invest in Eternity