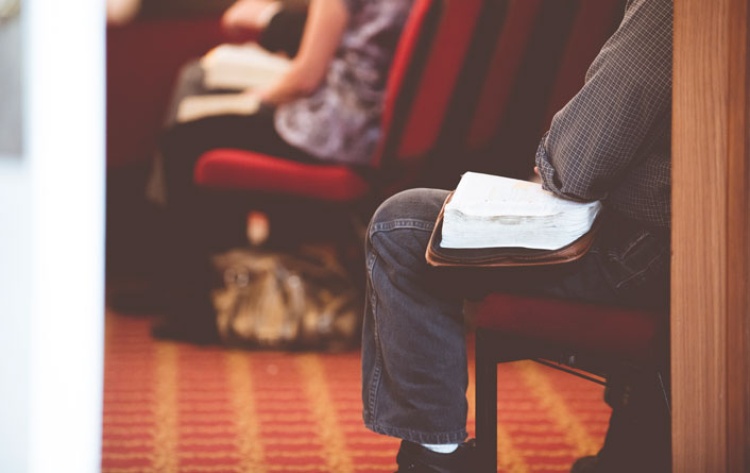 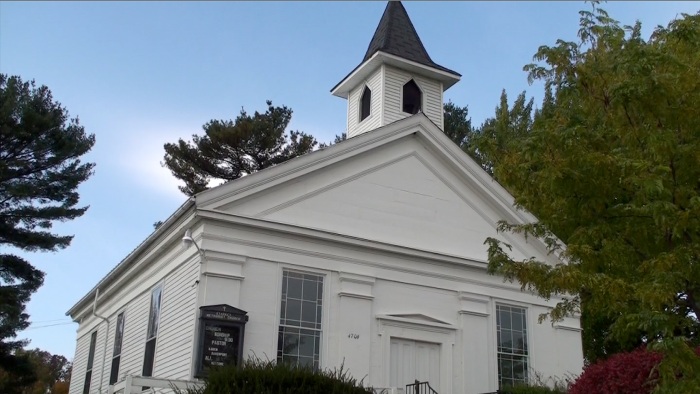 I came to Christ at an uncool church (not the one in the photo, but built in the same era). Coming from the family of a tavern owner, and never having been part of a church, it was strange to hear the way people spoke, how they dressed (the men wore suits and ties) and what they sang, including occasional songs in Swedish. I remember one sermon when the pastor talked about taverns being places of darkness and “dens of evil.”

The intolerance toward taverns was pretty weird to me, since they were my favorite places to go as a kid. (My dad owned a couple and serviced others with cigarette and pinball machines and jukeboxes, and sometimes I went with him.) Everybody seemed nice; the men would let me shoot pool with them, and the barmaids would let me sit at the bar. Then they would give me Hoody Korn-Kurls, Bireley’s orange soda pop, and incredibly good fried chicken. (Right now I would trade my Kindle Fire for Korn-Kurls and a Bireley’s orange—I mean, if I weren’t an insulin dependent diabetic. Maybe on the New Earth…) 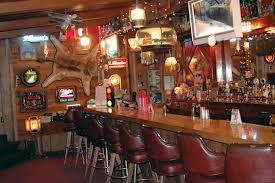 I didn’t drink the Hamm’s beer or the Olympia that was in most people’s hands, nor was I offered it. But I distinctly remember looking forward to turning 21 someday just so that I could go to taverns legally! I’m not suggesting that was the loftiest of goals, I’m simply saying that was my background, and it didn’t fit with my church. (Okay, I don’t care if you’ve never had a beer, but if you grew up in the Pacific Northwest and you’re, say, mid-fifties or older, you want a blast from the past? Check out the video below for what we used to see on TV when I was a kid.) 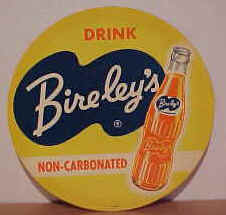 Though the church was odd and uncool and a bit uninformed about people of the world (like my family), it did offer one thing that compensated for all its shortcomings. It told me something I had never heard anywhere else: the gospel. The people there told me about Jesus. After eight months of attending the church, while reading my Bible one night, I came to faith in Christ. By then I knew people who would teach me the Bible, give me good books to read, and help me grow in my faith. And when I got to know them, most of these church people were kind, loving and caring and desired that people (even those tavern people) would come to Jesus (and one day also learn to sing Swedish hymns).

I associated that church with Jesus. I knew it was Jesus who changed my life. I was His follower. So when somebody at church was gruff and mean, it didn’t shake my faith. My faith had never been in church people. From the beginning, my faith was in Jesus. When I learned something from the Bible, when somebody taught me something, the fact that he didn’t think much of taverns didn’t keep me from learning and growing closer to Christ.

Years later, at the same church, I was a youth pastor. When I was 21 years old I met a 19-year-old guy named Steve Keels. Steve had just come to Christ. He joined the college group I was teaching, and we spent many hours talking about God. Steve also came from a nonchristian home. His dad had been a professional baseball player and then a longshoreman. Like me, Steve didn’t know what to make of the “ladies trio”, the “singspirations”, the soloist who made the stained glass windows shake, and the guest speaker who spoke against rock music. But he too grew in his faith and came to love that church as I did. 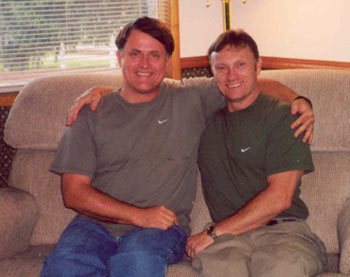 Years later I was involved in a new church, and eventually Steve joined us. He and I are still part of that second church today. For both of us, the Swedish church and our present nondenominational church, where we’ve been for 35 years, are the only ones we’ve ever known.

But though Steve and I were surrounded by a lot of kids who grew up in that Swedish church, 35 years later many of those have left church completely. Not just that original church, but “the church” in general.

I find that the most severe critics of the church are those who grew up in it. Many of them have now left the church, and some seem proud to have done so. They like distancing themselves from “all those judgmental hypocrites,” and celebrate how amazingly tolerant they and their friends are.  (They are not very tolerant of Bible-believing churches, of course, but that’s different.)  If there is one thing they’re certain of, it’s that churches are uncool. And nobody wants to be uncool.

Meanwhile, people like Steve and me who grew up outside of churches, in families without Christ, are not so quick to throw out the baby of Christ’s bride with the bathwater of uncoolness.

Recently I was asked to endorse a book written by a young man calling young people to (or back to) the local church. I suggested he add one point to his list of encouragements: “Show to church people the same tolerance you advocate that church people show to the world.” In fact, Scripture goes a step further. We are to do good to all men (and to show them tolerance is to do them good), but especially to the household of faith (Galatians 6:10). You are family. Treat Christ’s people as family.

People who haven’t left the church but remain critical often fall into referring to church members as “they.” “Those church people are into doing this and not doing this. They preach at you and lay guilt on you and have music I don’t like. And they don’t do enough to help people.” But where is the “we”? Where is the “We don’t do enough to help people”? When the church you attend is “they”, your heart isn’t there and your body won’t be much longer.

Cool can only take us so far.  For example, it’s very cool these days for believers and unbelievers alike to stand up against sex trafficking and advocate for the victims of injustice. But it’s decidedly uncool to stand against killing those same children before they are born. So it’s not just that the church looks uncool or the music is uncool. It’s that they stick up for people that the world won’t stick up for.

I have a suggestion for older people (apparently I am one now, according to my birth certificate, even though of course I am still cool :). How about we lead the way and show young people that the exclusiveness of salvation in Christ and believing God’s Word does not lead to condemnation and expecting others to dress and talk and act like us?  And young people, I call upon you to respect and learn from older people as Scripture commands us to do (Leviticus 19:32, Proverbs 20:29, 1 Timothy 5:1).

A church is a gathering of people diverse in race, occupation, age and gender. When those who are already the same in these areas are united, it is not as great a testimony to Christ’s grace as when those who are very different are united in the same Lord.

If you want to go further on this subject, below is a short post by Ray Ortlund, who reminisces about the church he grew up in. And as you’ll see, he also talks about it being uncool…but offering something very cool.

I grew up in a healthy church in the 1950s and 60s. It was gospel-centered before we used those terms. I can remember some wonderful things.

I remember when churches were not commodities but communities. I grew up in a spiritual neighborhood, where the adults took responsibility to care for the next generation. I lived among hundreds of spiritual aunts and uncles who loved me, told me about Jesus, corrected me when I got out of line and generally sacrificed for me so that I could grow up to be a man of God.

I remember when the Bible was cherished as so sacred that we treated the very leather and paper as “The Holy Bible.” We read the Bible, sang the Bible, prayed the Bible, memorized the Bible, heard the Bible preached, and learned the Bible from cover to cover.  I grew up knowing my way around the Bible—and knowing that it mattered supremely and eternally.

I remember when this crucial question was always close at hand in our collective and personal consciousness: Is your life fully surrendered to the Lord Jesus Christ? My spiritual teachers did not hope I might fit Jesus into the margin of my crowded life.  They confronted me, lovingly, gently, insistently, that Jesus is Lord. I needed to know that. No one else would have told me. Thank God they did.

I remember when we prayed together, the whole church together. I grew up listening to adults pray mature, adult prayers. They showed reverence and depth and faith that with God nothing is impossible.

I remember when we tithed. And in our home, if because of our tithing we didn’t have enough money ourselves to make it to the end of the month, we still tithed.  Jesus came first.  Period.  And with no self-pity but with privilege.

We were uncool.  We really did need some refreshing in our music and communication. But there was also something real and solid and powerful there.  We must never lose it. 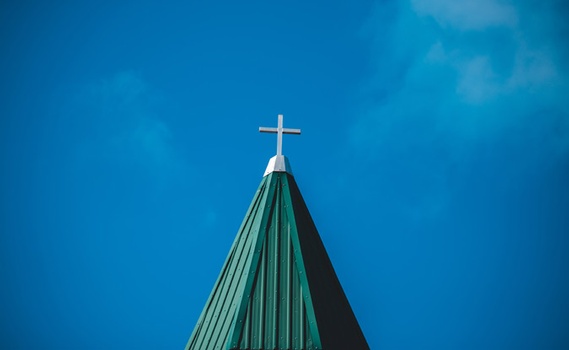 article January 27, 2021
This is an excellent blog from Brett McCracken on the problems with the church seeking to win the culture by conforming to it. 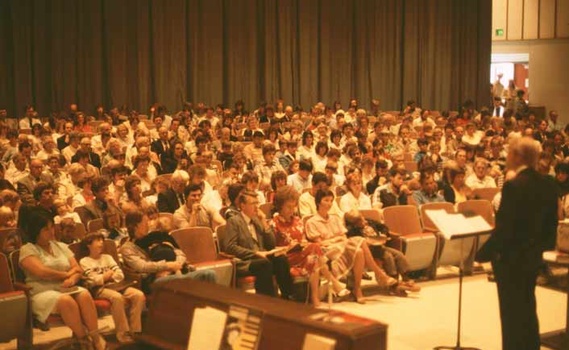 Reflections on 40 Years of God’s Faithfulness to My Home Church, and Why the Local Church Matters

article November 27, 2017
This year marks the 40th anniversary of the founding of my home church, Good Shepherd Community Church in Boring, Oregon. When the church started, I was a full-time pastor at the ripe old age of 22! I’d like to share some memories from the past four decades, tying them together with thoughts about the value and importance of local churches. 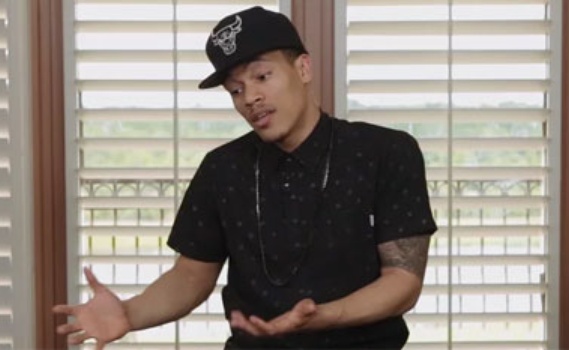 video December 16, 2015
I love Trip Lee, who is a talented and well known rapper (see one of many examples, this song he does with Lecrae). I especially love hearing young people say that Jesus-followers need to be part of a local church.
Invest in Eternity