It’s about Jesus and His Plan: Why I Believe We Shouldn’t Give up on the Local Church 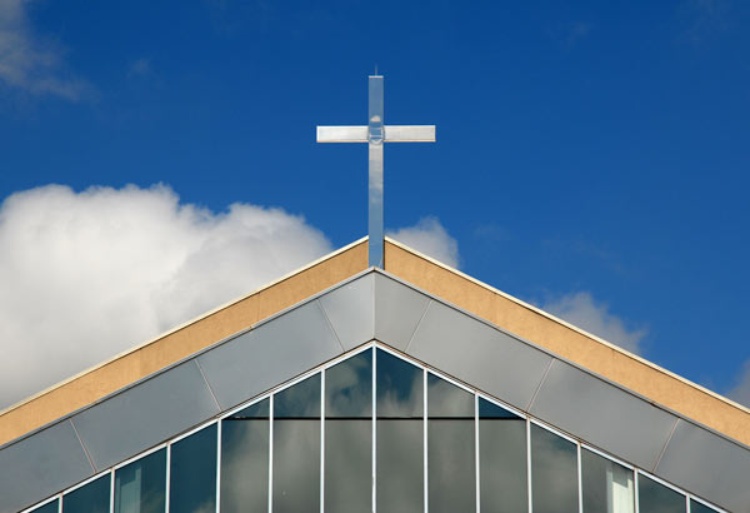 Later in this post I’ll link to a blog with thoughtful insights from Ed Stetzer, where he talks about his disagreement with Don Miller’s view about attending church services. But before that, there are a few things I need to say.

First, contrary to many assumptions people have made in past comments when I say something good about the local church, I’m not a pastor, elder, or church lay leader. I was a pastor for 14 years, until 1990, but for 24 years I’ve had to submit to the decisions of my leaders, whether or not I agree with them, just like everybody else. That’s been humbling and healthy. So I’m not trying to get people to pay me more money, inflate my attendance numbers, or manipulate or control people in “my flock.” I have no flock, though I’m part of one.

Have I ever been tempted to walk away from the local church? I sure have. There have been two seasons of my life like that, one where I experienced what felt like disloyalty, when some church leaders and families were not standing behind me and my wife when we had made some hard decisions we believed (and still believe) God led us to make. When we most needed support, we didn’t get it. (And, yet, from others we got plenty of it, and lots of support from a small number of people is often what the church is about.)

We stuck with church because it was about Jesus, not us, but in the long run we were the beneficiaries. Forgiveness came not because we backed away from people, but because we stuck with them, realizing we were just as imperfect as they were.

Not many years ago our church went through a crisis in which leaders became divided against each other, and people chose sides. People on both sides met with each other to recite their grievances, and some came to me, absolutely convinced they were 100% right and the others were 100% wrong. When I pointed out that there was truth on both sides, this didn’t go over well with anyone. I felt isolated and disillusioned.

I got sick and tired of what seemed to be whining on both sides, yet I also saw there were deep hurts and most importantly, Jesus loved all these people. I didn’t want to attend church services and sometimes I didn’t. But then over time God brought great healing to the church. We were able to have a small part in that, but more importantly we were able to witness the work of God. In either case, had we left our church we would not have been there to see God work. We would only have the flaws to remember, not God’s work of grace in the hearts of His imperfect people. And we would be sitting here self-righteously thinking of ourselves as superior to those “church people,” when in fact the problem with those church people is not that they aren’t like us, but they’re too much like us.

Of course, I understand there is a time to leave a church. Thirty-seven years ago I left the church where I came to faith in Christ, as part of a group that planted my second (and so far last) church. There were hard feelings on both sides, but I also saw God heal many of those wounded relationships.

Our church, which we’ve been part of since it began in 1977, is very imperfect. In other words, it’s like us. But there is a sincere desire in the leaders to follow Jesus, obey Him, share the gospel, support missions and help the needy locally and around the world. There really ARE churches like that, all over the country, and if you’re not in the U.S. there are some in your country too. (If not, find some like-minded people and consider starting one.)

Nanci serves the church by leading a women’s Bible study group, and being part of a team of women who write study lessons (they invest countless hours on a weekly basis, with the payoff of fruit in their lives and that of hundreds of women at our church). Had we left our church the two times we really felt like it, she wouldn’t have served in or been the beneficiary of this amazing ministry.

All churches are very imperfect. The old saying is true: if you find a perfect church, don’t join it, because it won’t be perfect any more. 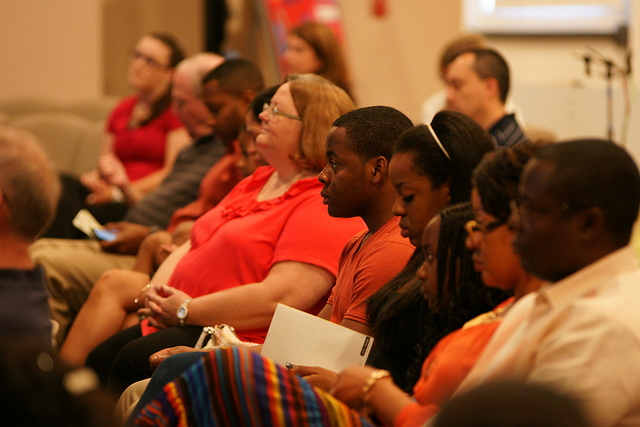 In fact, one of the things our ministry does is help people find local churches that teach God’s Word and seek to follow Him. I have a note to that effect in most of my books, offering our help, and many people have taken us up on it. By God’s grace we’ve been able to see many people become part of churches they love, where they are taught and serve.

If you’re tempted to set yourself above all churches, thinking you’re better than the people there, and if you say, “I’ve tried church, but I’ve given up, there are no good churches,” I would ask, “Really? NONE? How could you possibly know that?” (“We’ve visited a half dozen of them, and they’re no good” isn’t a good enough answer.)

I would encourage you to remind yourself of what I’ve had to say to myself when I’ve been disillusioned with church: “It’s not about me.” It’s about Jesus and His plan, His church, and His Word that tells us we are to be part of a local “body of Christ.”

In many cases, it’s not just that we’ve had bad experiences at churches. (Of course we have, and we’ve also been part of other people’s bad experiences at church.) It’s that we don’t like being under authority and having to follow someone else’s lead. We want to be in charge. We don’t like Hebrews 13:17, “Obey your leaders and submit to them, for they are keeping watch over your souls, as those who will have to give an account. Let them do this with joy and not with groaning, for that would be of no advantage to you.”

Yes, I’m fully aware some churches and some pastors are not true to Scripture. Fine. Be part of another church. Yes, I know that Christians can assemble for fellowship and certainly don’t need a church building. I am not talking about church meetings; I’m talking about church. But churches in the New Testament weren’t just getting together for coffee or even sharing what they were learning from the Word (great as that is, and it should be happening in every church.) Churches have elders, teachers, leaders and people who serve in different roles. There is accountability.

We don’t like Hebrews 10:25. I get that. Maybe we should hear it in a few other translations. The Complete Jewish Bible renders it, “not neglecting our own congregational meetings, as some have made a practice of doing, but, rather, encouraging each other.” The Contemporary English Version says, “Some people have gotten out of the habit of meeting for worship, but we must not do that…”

I know, I know. There are a thousand reasons not to do that. But I can think of several good ones that outweigh them:

2) God knows better than I do.

4) Whenever I have obeyed God, I and my family have ultimately benefited.

5) Whenever I have done it my way instead of God’s, with all my rationalizations and excuses that I’ve considered sound reasoning, it hasn’t been for His glory, for my good or the good of others.

I encourage you to read through Ed’s excellent post:

Should I Stay or Should I Go Now? Why We Should Choose Church Anyway

Donald Miller, perhaps best known for writing the book Blue Like Jazz, has stirred up the Evangelical internet this week with a blog post detailing why he rarely goes to church.

Let me say, I appreciate his honesty and enjoy his thinking, which is often out loud and causes worthwhile discussions. He provokes—and that's what good writers do.

Miller writes that hearing sermons and singing songs is not how he connects with God. He says this causes church services to be difficult for him. He doesn't go often because, he says, "It's not how I learn."

So how does Miller find intimacy with God? He continues:

The answer came to me recently and it was a freeing revelation. I connect with God by working. I literally feel an intimacy with God when I build my company. I know it sounds crazy, but I believe God gave me my mission and my team and I feel closest to him when I've got my hand on the plow.

A few years ago, I was at a similar place. I had been the interim pastor at a church of 9,000 members. I loved the church, the people were great, but I just showed up on Sunday and preached. I lacked community with them.

Then I was done serving at that church and was suddenly an attendee and not the pastor. I, too, found I don't get much out of sermons, even the good ones. Honestly, there is not much new content I learn at church. Finally, I am easily distracted and the slow pace of sermons lets my mind wander, so I'd rather read a good sermon than listen to one.

So, I could've just stayed home.

But, I didn't. And neither should you. Church is more than sermons and music, it's community, mission, ordinances, and so much more.

Our church involvement is not just anticipated (1 Corinthians 12:27), but commanded (Hebrews 10:25).

I took some time over the last few days thinking over the issues Miller raised. The more I think on it, the more I see his comments are worth noting, but not emulating. Here are three reasons I found for attending (and committing to) a local church and why I think you (and Don) should. 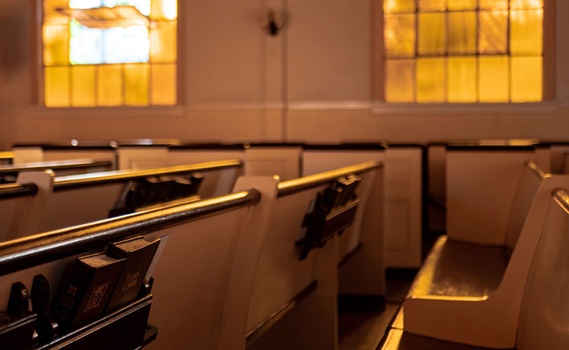 Why You Should Think Twice Before Switching Churches Right Now

article November 18, 2020
I appreciate this article from Ivan Mesa, with four things to consider if you’re thinking about leaving your church right now. Of course, God can legitimately call people to leave a church and go to or even start another one, and that happened to us 43 years ago! My concern is with people prematurely giving up on their churches during this extraordinarily difficult season. I have been seeing the same thing happening and it’s a great concern of mine. 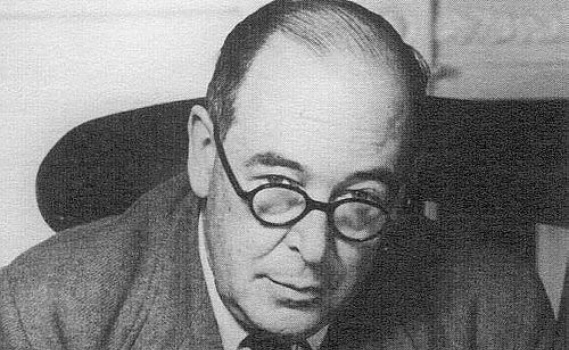 article November 2, 2015
We need to recognize the value of the local church, and not abandon it despite all its imperfections (and each of us is included in those imperfections). 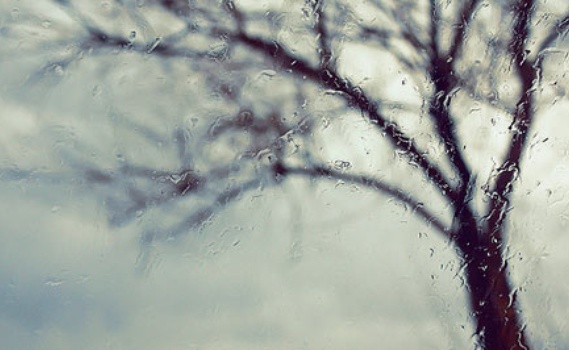 Singleness and the Church: A Valuable Perspective for Everyone

video December 3, 2014
Julia (Stager) Mayo’s video blog today is on the topic of singleness and the church. I encourage everyone, single or married, to listen to her insights and wise advice.
Invest in Eternity